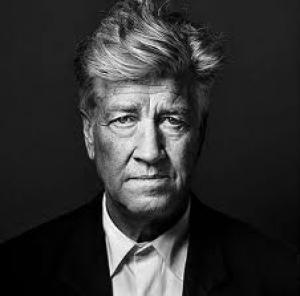 "Intuition is the key to everything, in painting, filmmaking, business - everything. I think you could have an intellectual ability, but if you can sharpen your intuition, which they say is emotion and intellect joining together, then a knowingness occurs."  ~  David Lynch

Lynch brought an interest in art as a young man to his unique approach to screen visuals via a couple of short films in the late '60's, before studying film in Los Angeles at the AFI. After expanding his student film idea into a feature length concept and spending six years in perfecting and working it into shape Lynch insinuated himself into the cinematic consciousness via a cult hit with his deeply unsettling and surreal Eraserhead  in 1977. Mainstream film took a chance on him thereafter and was repaid handsomely with the magnificent and atmospheric The Elephant Man  in 1980, remarkably produced by Mel Brooks.

Lynch used his clout after the critical and commercial esteem that Elephant Man  represented and poured his energy into a large scale space opera, Dune,  then the taste du jour of the motion picture business following  the landmark success of Star Wars,  ironically having turned down a request that he direct part three of the Trilogy for George Lucas. Dune  was a disaster with the public and a mess artistically, and as Lynch didn't have final cut it was soon taken away from him and released in various lengths, the longer one is credited to Alan Smithee, the fictional non de plume directors use when they don't want their name attached to a film.

Lynch recovered with the marvellous Blue Velvet  which solidified his strengths for combining the surreal within the normal and he's been able to till that field successfully ever since, particularly with the enormous reaction to his TV work Twin Peaks, which took the idea of the strange undercurrent in 'normal' life to new heights. Lynch continued to delight and confound, with the stylish Wild at Heart and Lost Highway in the '90s, and especially with the darkly satiric Mulholland Drive, a noir-esque journey into the machinations of Hollywood. Lynch produced his own epic meditation on strangeness with a film that left everyone sctratching their heads for 3 hours, Inland Empire,  in 2007, showing he has no intention of dialling down the weird. Lynch continues to be the misfit outsider whose love and hate for small town America seems to manifest in equal measure and to fascinating cinematic ends.

Twin Peaks: Fire Walk With Me