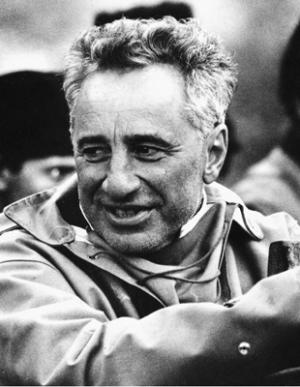 "I was not a collective person or a bohemian; I was an elitist..... I spoke without fear of contradiction. I simply did not suffer self-doubt."
~ Elia Kazan

Elia Kazan's one ambition in life was to become a movie director, and after getting a reputation on the New York stage the offer came from Hollywood and he jumped at the chance. A Tree Grows in Brooklyn  was his debut, a sentimental tale about a young girl and her parents that Kazan invested in emotionally and got the result his producers were looking for, it made money. His next effort was the anemic Sea of Grass,  on loan to MGM and Kazan thought he'd learnt nothing about filmmaking until he did his first all location shoot, 1947's Boomerang.  He didn't look back, winning the Oscar for his next effort, Gentleman's Agreement  before hitting his stride with a series of realistic location shot dramas, Panic In The Streets,  Viva Zapata, (written by his great friend John Steinbeck) and the immortal On The Waterfront.

During the early '50s Kazan's leftist past came back to haunt him and he made appearances before HUAC, asked to inform on his old colleagues. Initially Kazan resisted but caved in to the pressure in order to continue the work which was his addiction and 'named names', justifying it by rationalising that HUAC already had the names of the people he fingered. The event proved pivotal in his personal and professional life, but he dug in and proceeded to make more personal films, ones that he took a greater hand in the writing of, culminating in his immigrant homage to his Uncle's journey out of Anatolia, the superb America, America.  Kazan was brilliant at extracting top notch performances from his actors but came to develop a true cinematic eye and sense of visual screen composition. Amongst the top rank of American film director's from the classic era, a fact made more remarkable by his unequalled record as a Broadway director.

A Face In The Crowd