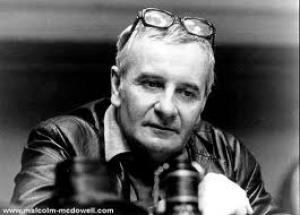 Lindsay Anderson dabbled in many of the arts, including a life-long association with the theatre, but with film he found the perfect medium for his stentorian voice. His first foray was as a film critic for the Sequence magazine which he co-founded with other luminaries such as Karel Reisz and Gavin Lambert. Following a stint at Sight and Sound, he moved into film-making with the formation of the Free Cinema movement. The rationale for the movement was to break what he saw as the class constraints of British cinema and allow cinema audiences to experience stories and milieux that were from all strata of society, but specifically the working class. Influenced by the work of documentarist Humphrey Jennings, Anderson went on to create a series of short documentaries that were rooted in a celebration of the ordinary. He won his only Oscar for one of these in 1954 – Thursday’s Children.

By the time he made his first feature – This Sporting Life – the Movement he had created had transmogrified into the British New Wave. The themes of these films were well-known to audiences at this juncture, so Anderson used his first film to question the working class voice (through the theme of sport) he had been so instrumental in unleashing. The film was a critical and commercial success, but Anderson was in no rush to follow it up. He would wait another four years before releasing his next film, The White Bus. It was, though, with his following film, If...., that Anderson became a director of international renown, winning the Palme d’Or.

If.... became part of a series of films known as the Mick Travis trilogy. However, because of the long gestation period between his films (a result of him attempting to bestride theatre and cinema), the other two films in the series (O Lucky Man and Britannia Hospital) were not released until 1973 and 1983, respectively. Whilst he maintained the sense of the absurd in all of them, the marrying of this to an engaging narrative was lost in the final film, and it collapsed under the weight of his heavy polemic.

His final film of any note was The Whales of August. A fine, elegiac film, but hardly the most appropriate valedictory note for this firebrand of the cinema. Opinionated, passionate and driven with an unquenchable desire to create art, his pugnacious nature may have been best summed up with the tagline to his finest film, If...., ‘Which side will you be on?’

Every Day except Sunday

The Whales of August