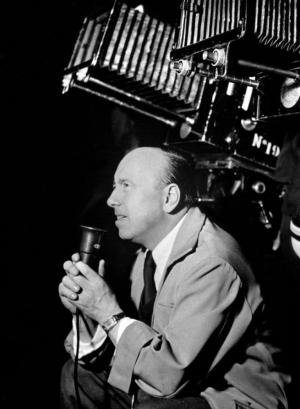 Treading the path from film critic to film director 20 years before his Nouvelle Vague 'enemies', Carné served his apprenticeship as a filmmaker with classical French directors Rene Clair and Jacques Feyder before getting his chance to direct on a Feyder produced property Jenny in 1936. Teaming up with writer Jacques Prevert for his debut, this led to a partnership that would be responsible for several of the best examples of the genre Poetic Realism, a style of film for which Carné's name was to become synonymous. Quai Des Brumes, Le Jour se lève and Les Enfants Du Paradis are amongst the finest films ever made, lyrical and powerful and remain a towering achievement of world cinema. While others fled France under the Nazi occupation, Carné stayed and tried to carry on producing features, and succeeded superbly with the witty, The Devil's Envoys, an allegory that speaks against evil let loose in the world,  and with his undisputed masterpiece, Les Enfants du Paradis, one of the glittering jewels of world cinema.

Carné came to represent, unfairly to many, stagnation and 'cinema du papa' (at least as far as the new wave of French directors thought) in the late '50s and he fell from critical favour. Regardless, his legacy is a period of cinema that defines an era, no small achievement when that era also included the ruptures of World War Two and the occupation.

Gates of the Night