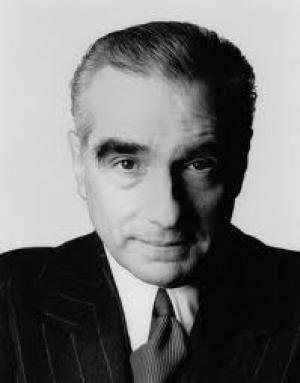 " My whole life has been movies and religion. That's it. Nothing else."
~ Martin Scorsese


One of the key members of the 'film brat' generation, a loose collective of film students and geeks who came to prominence in the late '60s and early '70s,  Scorsese said of himself, "I saw 'Hamlet' and 'Duel in The Sun' when I was six, I guess I'm in-between some place". Scorsese wanted to study for the priesthood but poor grades saw him find his way to the NYU film department and into a lifelong love affair with movies. He moved into all aspects of the business and ended up with Roger Corman's collective of low budget acolytes as well as supervising the editing of Woodstock.

Scorsese moved into directing his own personal films, at first based around Little Italy in New York where he grew up with, Mean Streets,  before breaking into the top ranks of filmmaker's with the remarkable Taxi Driver  in the mid '70s. Scorsese's love of music is also a key part to his ability to match the right song to his scenes, evident through all his work but particularly in Alice Doesn't Live Here Anymore  and Goodfellas.  He's also channelled it into great documentaries on The Band, Bob Dylan and George Harrison.

His obsessive love of cinema and near manic temperament has led him to a variety of projects with seemingly polar opposite aesthetics, from the James adaptation The Age Of Innocence  to the bloody remake of Cape Fear  for his great friend and frequent collaborator Robert De Niro. His body of work amongst his Hollywood Renaissance peers is second to none, and for every misstep there is a fine and layered film to counter it. Scorsese's later work reveals a tendency towards the epic, and sometimes overblown, but always with a love of film and a heart in the right place.

Kundun
Bringing Out The Dead