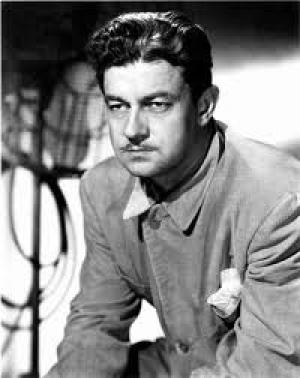 Born Edmund Biden in 1898, Sturges had a privileged upper class upbringing in New York thanks to his socialite mother (who counted Aleister Crowley as a lover) and her wealthy third husband, Solomon Sturges. His childhood included extensive European travelling, with such friends of his mother as Isadora Duncan, which contributed to the urbanity and sophistication of his tastes when he turned to writing in the 1920's. Sturges found some success on Broadway as a playwright before leaving for Hollywood to pursue a screenwriting career. Variously working at several major studios on itinerant writing jobs he eventually found a home at Paramount, where dissatisfied by the directing jobs on his scripts he offered sell his next script for $1 so to direct himself, they agreed and so he made 'The Great McGinty'.

Sturges took to directing with a vengeance, and in the span of three years he produced eight feature films, and incredible effort. He was so prolific that Paramount held three of them back, so as to stagger the releases of their hottest property. The films were full of wit, innuendo and charm, and took subtle liberties with the censorship laws of the time. 'The Lady Eve' was a huge hit, starring Henry Fonda and Barbara Stanwyck and he followed it with the equally witty 'Sullivan's Travels' with Joel McCrae and Veronica Lake. McCrae starred again with Claudette Colbert in the farce 'The Palm Beach Story', which was full of subversive sexual undertones and social comment dressed as comedy.

Sturges continued to turn out hits like 'The Miracle Of Morgan's Creek' but became unhappy with Paramount's release schedule and left the studio in 1944 to form a partnership with Howard Hughes. The resultant product proved uneven and the partnership foundered, with Sturges ending up at Fox with Zanuck and making his last film of quality, 'Unfaithfully Yours'. He ended up in France and the boyhood locations he knew there, but his last film failed to exhibit his flair or his creative spark. he was working upon an autobiography entitled 'The Events leading Up To My Death' when he died in much reduced circumstances in 1975.

The Miracle of Morgan's Creek

The Beautiful Blonde from Bashful Bend