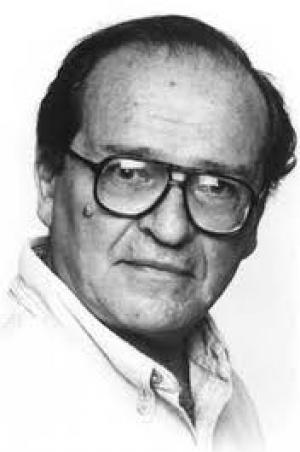 Sidney Lumet cut his directorial teeth during the fertile live television environment of New York in the 1950's, having graduated from the Group Theatre and Broadway.  He got his first opportunity to direct a feature film in 1957 from Henry Fonda, who insisted on the untried Lumet as director against studio objections, and proceeded to produce a classic in Twelve Angry Men.  Lumet sourced many of his early projects from the theatre and found immediate success with a Tennessee Williams play starring Marlon Brando and Anna Magnani in The Fugitive Kind.  He quickly gathered a reputation as an actor's director by directing film versions of Arthur Miller and Eugene O'Neill with stars such as Katherine Hepburn, Ralph Richardson, Joanne Woodward and Jason Robards.

Lumet also became known for his liberal politics and social realism style, influenced as many were by the Italian neo-realism movement after the war. The Pawnbroker  was a downbeat social document of a concentration camp survivor in 1960's New York, and Fail-Safe  was a relatively straight telling of the 'Dr Strangelove' nuclear scenario. Lumet found a favourite actor in Sean Connery and managed to direct him on five occasions, including a couple of the actor's best roles in The Hill  and The Offence.

Lumet hit a golden patch during the American Renaissance period of the 1970's, an era that aligned with his own personal philosophies and produced the gritty cop drama Serpico  with method actor Al Pacino, and had another success with the actor in the excellent Dog Day Afternoon.  Network  proved to be a professional high point by winning the three of the four acting Oscars in 1976. In succeeding years Lumet tackled the Rosenberg's, gave Paul Newman one of his best roles in The Verdict,  worked with Henry's daughter Jane Fonda in The Morning After,  and again tackled corruption in high places in the very fine Prince of the City.  Sidney Lumet managed to produce many fine efforts until his last film, the wonderful Before The Devil Knows You're Dead,  in 2007. He was known for meticulous preparation and rehearsal before he rolled a frame, he died in 2011 leaving a fantastic legacy of many fine films.

Prince Of The City

Before The Devil Knows You're Dead

A Stranger Among Us