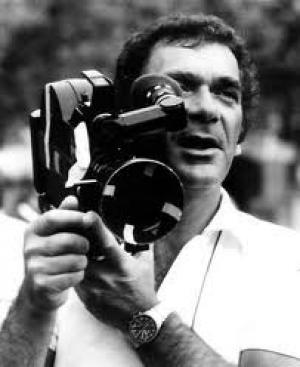 Sydney Pollack started as an actor until his friend Burt Lancaster encouraged him to pursue directing, and then put his career where his mouth was by starring in two films for Pollack, 'The Scalphunters' and 'Castle Keep'. Pollack found his voice with the devastating depression era drama 'They Shoot Horses Don't They' and then teamed up again with his buddy Robert Redford for several quintessential '70's films including 'Jeremiah Johnson', 'The Way We Were' and 'Electric Horseman' and the brilliant political thriller 'Three Days Of The Condor'.

Pollack continued to produce and direct, with the occasional acting job and hit a commercial streak in the '80's with the comedy 'Tootsie' and the blockbuster 'Out Of Africa' with Redford and Meryl Streep. Always an intensely committed filmmaker and an articulate and intelligent director Pollack continued to make good films but focused on producing in latter years until his untimely death in 2008. Some notable producer credits include, 'The Reader', 'Michael Clayton', 'Cold Mountain' and 'Sliding Doors'.