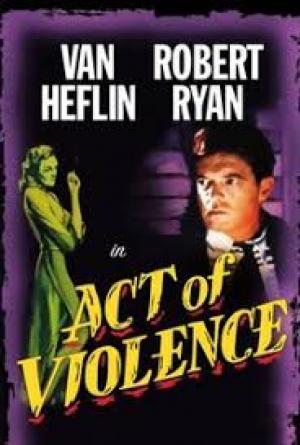 'I often concentrate on the eyes and lips, they are great indicators of mood and feeling, and I find that I can project character into my portraits by bringing the viewer's attention to these areas.' ~ Robert Ryan

Fred Zinnemann had worked his way through the ranks to feature director in the 1940s, doing well at MGM with The Seventh Cross and earned an Oscar nomination for The Search in 1948. His follow up, Act Of Violence, film saw him explore Film Noir with a great script by Robert L. Richards and a fine ensemble cast featuring Robert Ryan, Van Heflin, Janet Leigh and Mary Astor. The film was beautifully shot by the brilliant Robert Surtees, then at the start of a long and distinguished career. The film operates as a darker version of William Wyler’s, The Best Years of Our Lives as it focuses on returned serviceman reintegrating into American society after WWII.

Frank (Van Heflin) is a success story. He has rebuilt his life after the war, where he was captured and spent time in a POW camp and has a beautiful wife in Edith (Janet Leigh) a son and respect from his community. His idyllic life is interrupted by the sudden appearance of Joe (Robert Ryan) a man inexplicably set on doing violence to Frank, and Frank’s life starts to unravel. Edith suspects something is not right, as it turns out the couple had suddenly fled another community earlier in their marriage, and she presses Frank to reveal the real reason Joe is chasing him. Frank tries to run away from his problem and ends up taking refuge with a low life prostitute called Pat (Mary Astor) and soon her underworld contacts supply another solution for Frank.

Zinnemann extracts every ounce of tension and suspense from the scenario as he strips away the trappings of middle-class society and follows Frank’s descent into the dark places. The earlier family scenes are bright and breezy and gradually he employs a nightmarish tone where a haunted claustrophobia becomes the dominant mood. Surtees makes great use of actual locations around Los Angeles as Hollywood moved away from entirely studio bound confections in the wake of the success of Italian Neo-Realism in the post war years.

America was ready for the lame production code restrictions to be pushed, and the film did just that with the introduction of Mary Astor’s cynical prostitute. There is no ambiguity of what she does to make a living and her matter-of-fact resignation to her situation is refreshingly mature in a film from this era. It’s a fantastic and knowing performance from a first-rate character actor in Mary Astor and the barfly scenes carry a special poignancy as Astor was admitted to a sanatorium the next year for alcoholism.  Zinnemann doesn’t back away from the ugliness at the heart of the story, of the damage done by the war and the unseen scars that the returned soldiers had to deal with as they integrated back into civilian life. The taut story indicated that life in the consumer booming US economy came at a price for some, still dealing with the fallout from the conflict.

MGM originally proposed Humphrey Bogart and Gregory Peck for the roles, but in truth Zinnemann was well served by Ryan and Heflin. Van Heflin was an actor of limited range, but this role was right in his wheelhouse - an ordinary man who made a mistake and wears the guilt heavily as he deals with his inner turmoil, he was rarely better. Robert Ryan, on loan from RKO, was a powerful presence in many a post war film, and kicked off his elevation to stardom with Crossfire, for Edward Dmytryk, in 1947, demonstrating his capacity for providing menace in a character. He could also be sympathetic, as he showed for Robert Wise the following year in the brilliant boxing drama, The Set Up. It’s this masculine duality that informs the best of his work and for Zinnemann he is as solidly dependable as ever. Janet Leigh is a pleasant surprise, given that’s she’s only 21 and at the start of her career, a decade away from her touchstone films Touch of Evil and  the immortal Hitchcock thriller, Psycho. She is very watchable in a role that provides a lot of range but in most films of the period would have been a cipher at best.

Fred Zinnemann was twenty years into his American career when he made this, and he knew his trade inside and out as he applied his skill to the first-rate script and fine cast. Zinnemann became a top director in the following years but the leftist scriptwriter Robert L. Richards did not fare so well and after writing Winchester ’73 the following year he fell victim to the notorious Hollywood Blacklist and barely worked again. MGM was famous for colourful, entertaining fluff and was not known for its gritty, raw black and white drama but with Act of Violence it more than proved it could match it with the best of them, even though the film did not set the box office alight. Act Of Violence is a gripping, compelling piece of filmmaking and is a worthy entry into any top Film Noir list. 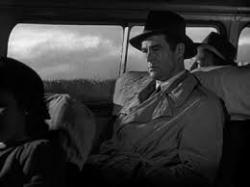 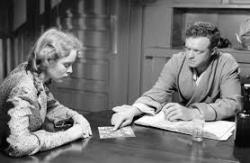 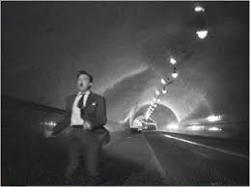 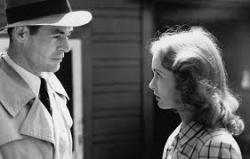