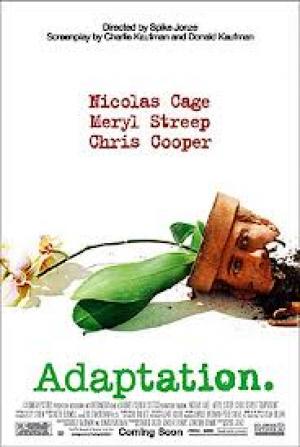 One could easily mount an argument for the writer-as-auteur based on the output of Charlie Kaufman's first four scripts, 'Adaptation' being the third in line. Notwithstanding the abilities and aesthetics of director Spike Jonze, who's paucity of output beyond his two Kaufman collaborations is pretty scant, the films speak with such a singular voice that it can readily be identified as primarily that of the writers. Kaufman joins an esteemed rank of screenwriter's who have used writer's block as a way to write themselves out of trouble, notably Fellini with '8 1/2' and the Coen Brothers with 'Barton Fink'. Not only does Kaufman use writers block as the central theme of his film, he furthers the conceit by writing himself and his insecurities into the script. Kaufman structures the film to follow his real life dilemma, that of a Hollywood screenwriter hired to adapt a successful novel into a feature film. In real life Charlie Kaufman is a fat, balding insecure writer who has a film currently in production, 'Being John Malkovich', and is offered the job to adapt the hit novel by New Yorker contributor Susan Orleon, called 'The Orchid Thief', but struggles with the assignment. Now pay attention to the fictional film version...

Charlie Kaufman (Nicholas Cage) is a fat, balding insecure writer who has a film currently in production, 'Being John Malkovich', and is offered the job to adapt the hit novel by New Yorker contributor Susan Orleon (Meryl Streep), called 'The Orchid Thief', but struggles with the assignment. Donald Kaufman (Nicholas Cage), Charlie's twin brother, is a more socially adept person and after living on Charlie's generosity for some months decides, he should write screenplays too. Donald is instantly successful with girls as a result, dating the makeup girl (Maggie Gyllenhaal) from 'Malkovich', and even becoming friends with star Catherine Keener, something Charlie could not achieve. Donald eventually sells his first effort at writing for big money, at which point his agent suggests Charlie ask him for help with 'The Orchid Thief'. Donald meets Susan by posing as Charlie, and the brothers track her to Florida and her secret liaison with John Laroche (Chris Cooper), the 'star' of the novel.

Kaufman lampoons Hollywood, writers and especially the writing 'industry' as represented by Robert McKee (Brian Cox), a real life 'guru' who helps writers understand structure and content via his (expensive) seminars. Donald borrows money off Charlie to attend a course of McKee's and is successful immediately, and when he spruiks McKee's virtues to Charlie he's told, "Sounds like you're in a cult". Charlie eventually becomes desperate for a breakthrough and attends one of McKee's course, hoping to find inspiration for his adaptation problem. When McKee asks Charlie what his script is about, he replies, "It's about disappointment", to which McKee replies, "Find an ending, it's all anyone remembers". Kaufman opens the film with a voice over monologue, a no-no in the McKee universe, and spews a litany of his own personal insecurities that would make Woody Allen blush, but weaving his own character indelibly into the fabric of the film as a result. The relentlessly self-referential nature of the writing also ironically points up an essential narcissistic impulse, the writer as God, creating and manipulating fiction in a way that's unavailable in real life.

The real Charlie's fictional solution is to create a dream life, his fictional self is Donald, more socially adept and successful at every point, and Kaufman compounded the conceit by co-crediting the fictional Donald in the screen writing credits of 'Adaptation'. The real Charlie understands 'adaptation' to be a primary component of evolution, and writes of the importance of passion in determining behaviour, and thereby personal growth, as nature recognises only one inevitability, adaptive change. "To care passionately whittles the world down to a manageable size", is the philosophy Charlie takes from 'The Orchid Thief', and it could serve as the mantra for his own life. 'Adaptation' uses the very rare 'Ghost' orchid as a metaphor for the "elusiveness of passion", where to care about something deeply is preferable to a life of 'normality', where nothing happens. Kaufman muddies the waters by then arguing with McKee that nothing exciting happens in real life, to which McKee replies with a litany of extreme events like murder, rape and deaths that are daily occurrences. Touché. Kaufman then tacks on a McKee ending. Double touché.

Nicholas Cage is very fine in the roles of the twin brothers, a part originally destined for Tom Hanks. Cage reminds audiences just how good he can be when his quirky and offbeat persona is harnessed for good and not for evil, as his choice of projects veers wildly from edgy and cool to plain stupid and any Cage film these days is simply a lottery. Meryl Streep is perfect as the New Yorker writer, and provides enormous authority and clout, and Chris Cooper is magnificent as the dentally challenged orchid thief, a role that brought him a Best Supporting Actor Academy Award. Hilariously Donald Kaufman became the first fictional person officially nominated for a Best Adapted Screenplay, as Academy rules dictate that the screen credit is the sole basis of the nomination, even if that credit is fictional. Life imitating art imitating life.

Charlie Kaufman went on to perhaps his greatest achievement as a writer with 'Eternal Sunshine of the Spotless Mind', and given his indelible conceptual fingerprints are all over that film it's more evidence for the writer-as-auteur argument in relation to him. It may be no coincidence that the two best-suited directors for Kaufman's work came from the visually interesting background of music videos rather than features? A strong feature 'auteur' director may have diluted the effectiveness of Kaufman's quirky individualism, and the weakness of Gondry and Jonze's other work seems only to strengthen the argument. 'Adaptation' is a razor sharp, witty and layered film that beguiles and amuses, a knowing and self-referential look at what lies behind the people who write the words and kick off the whole process of creating a film. Kaufman and Jonze created a classic with 'Adaptation', one of the finest American films in many a year. 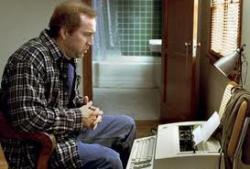 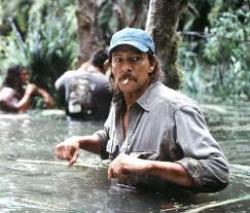 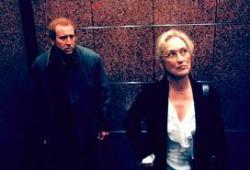 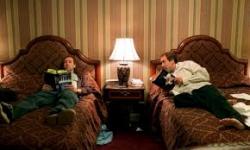 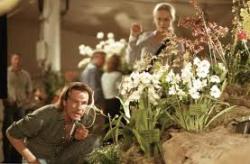 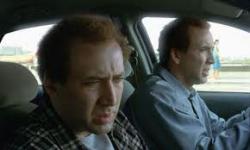