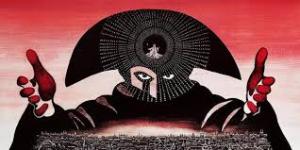 “Those who dance are considered insane by those who cannot hear the music.”
~ George Carlin

Miloš Forman filmed Peter Shaffer’s play Amadeus in 1984, and in doing so created a timeless classic about talent and envy. Shaffer took as his starting point the idea that had circulated in a Russian play, based on a rumour that another composer named Salieri had poisoned Mozart. The piece turns on the character of Salieri, superbly portrayed by F. Murray Abraham, ironically resurrecting the reputation of the forgotten Italian composer who calls himself “the patron saint of mediocrity”.  Mozart was played by American Tom Hulce, who modelled his characterisation on the antics of 1980’s tennis brat John McEnroe!  The film is a visual and aural feast that speaks to the nature of art and the quicksilver sprite that is true genius.

Forman opens the film with the aged Salieri crying out, “Mozart, I killed you”  before he vainly attempts suicide. He recuperates in a mental asylum and relates his tale of guilt to a priest who dutifully listens to Salieri’s tale of being in the thrall of “the creature”.  Forman tells the tale in flashback sequences, the first being Mozart’s appearance at the court of Emperor Joseph II, the Bavarian monarch (Jeffrey Jones) as Salieri struggles to come to terms with the beauty of the music being created by this infantile buffoon. Mozart is constantly broke, squandering any money he earns but unable to play the required political games that would see him find favour at court and the attendant financial stability that comes with it. Salieri plots to undermine Mozart at every turn, while pretending to be his friend, using Mozart’s strained relationship with his father to hasten Mozart’s demise.

Almost every creative artist experiences the realisation of the gap between his own ability and that of the benchmark genius in their related field. Salieri is an artist at the top of tree, the Court Composer in Vienna for the King of Bavaria, an esteemed musician and the “most famous composer in Europe”,  having written some 40 operas, when he is stopped in his tracks by a Mozart piece. In an instant his life changes, his own inadequacies are exposed to himself  and life is different from then on. This situation is not uncommon and is a core dilemma for the artist, for some it drives them to improve their own work, for others it sends them into a spiral of doubt and depression; such is the power of this kind of revelation.

Shaffer’s piece sheds light on the era of Classical Music, a time when this kind of complex music could only be funded by rich benefactors like the aristocracy and the princes of the church. The ubiquity of the church also meant that the cultural conditioning was such that most grand music was composed specifically to glorify the Christian god and early in the film we see Salieri make his deal with god, “Make me a great composer, make me immortal.”  He prays that god will grant him the skill of being a great composer so he can write music that glorifies the deity, only to determine that Mozart was the one endowed with the gift as a kind of cosmic joke played on Salieri. Salieri hears the “voice of God”  in Mozarts music and asks the central question, “why would  God choose an obscene child to be his instrument?”

Salieri’s sin is envy, he resolves that there is no god of mercy but a “god of torture”  and sets out on a course to get even with God. Forman finds clever ways to torture Salieri, setting up stunning scenes where Mozart extemporises on a Salieri piece and improves it immediately, or satirises Saleri’s music at a costume ball before Mozart pulls a Jimi Hendrix level trick of playing the keyboard upside down and behind him. Salieri, who had pledged celibacy to God as part of the deal, sexually blackmails Mozart's wife (Elizabeth Berridge), but is stunned to tears by reading the originals she brings him, “no corrections, music finished as no music is ever finished”,  further adding to his torture. Shaffer’s brilliant final conceit is to mix history, myth and fact in having Salieri plot to anonymously commission Mozart to write Requiem,  so that he can steal it and play it at Mozart’s funeral, passing it off as his own work and thereby achieving immortality in the process.

Forman, a Czech native, made the decision to film if the beautiful Prague, then behind the Iron Curtain, trading in the difficulties of dealing with a repressive Communist regime for the visual glory of the city. Forman asserted Prague was still essentially an 18th century environment, a happy accident because of the incompetency of the government. They managed to film the opera sequences in the same theatre that Mozart had conducted his own work 200 years before, the reverse shots of Mozart conducting being a thing of beauty. The look of the film is sumptuous, Forman’s mise-en-scène  flawless and the soundtrack suitably stunning, helmed by modern master Sir Neville Marriner. Forman also uses humour to underline the contradictions inherent in the script, the "too many notes"  exchange between the Emperor and Mozart being a priceless summation of the nature of genius and of status. Salieri had set the ground earlier saying, with no hint of irony, that the Emperor " had no ear  at all... he adored my music".

Casting was intense and prolonged, before Forman decided to stick with American actors for the main roles, easing out a young Kenneth Brannagh for the title role in the process. F. Murray Abraham read for a smaller role, but Forman fortuitously asked him to read Salieri opposite another actor in order to help out, planting the seed that he could play the rival, a role he subsequently won. Tom Hulce is fine as the musical super-brat but it is Abraham’s film, the role is a tour-de-force,  superbly written and perfectly realised by the actor, who duly won the Oscar for his efforts. His soliloquy’s as an old Salieri, speaking to the transcendent nature of the music, are breathtaking and authentic, they touch on the intensely mystical dimension that great music attains and underscores the nature of the jealous composer’s pain.

Saul Zaentz produced the film and it won his the second of his three Best Picture Oscar’s, the other two being Forman’s peerless One Flew Over The Cuckoo’s Nest  and Anthony Minghella’s The English Patient.  Zaentz started his career with the Verve record label in the early '50s as a Jazz aficionado and then moved to Fantasy Records where he signed Creedence Clearwater Revival, only to fall into bitter dispute when John Fogerty sued him. Zaentz won notoriety and ignominy by suing Fogerty for plagiarising a song that Zaentz owned the copyright for, a song written by Fogerty! Fogerty vilified the producer in song Zantz kant danz,  was sued again and forced to change the lyrics and title, as the feud intensified. The pair never reconciled, seemingly bitter enemies to the end. Zaentz took his organisational and production talents into the film world and on to even greater success, before dying in 2014.

Mozart was unable to deal with the political factions of the court, of the Italians versus the Germans and with the intrigue and schemes that infested that cesspit, had the last madcap laugh, achieving a reputation in death denied to him in life. Salieri, feted and successful in life, so much so that he was a much sought out teacher, instructing Beethoven, Liszt and Schubert et. al, fell into obscurity in death, unable to reconcile God’s torment via his rival’s talent. Salieri failed to realise it was a poisoned chalice from the first, gained after the accidental death of his father and therefore tainted. Salieri rejected his silent God who had insulted his devotion and talent and spent his life of luxury in the shade of an impudent, vulgarian genius who died aged 35.

Amadeus is a masterpiece, a triumph at every level, a glorious affirmation of the power of music to illuminate the human experience and to elevate it beyond the petty jealousies and travails of the world of men. It is superbly written and stylishly realised, a meditation on the vagaries of genius, which seemingly will out where it will, inured to our expectations and preconceptions. 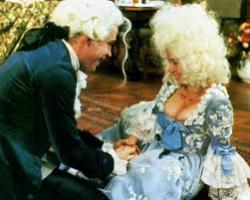 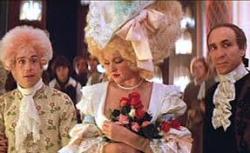 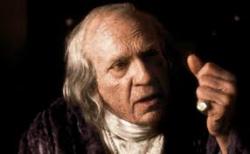