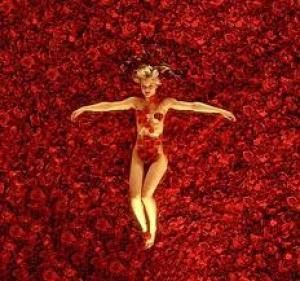 Sam Mendes made a mockery of his British theatrical roots with this David Lynch-ian, clear-eyed investigation into the dark side of American suburbia in 1999. Mendes had a background as a director with the Royal Shakespeare Company in the '90's, and this film was his first, after many 'A' List directors had passed, based on a script by acclaimed TV writer Alan Ball. Ball's cynical script became a little more optimistic in the hands of Mendes and the dominant theme of finding a degree of beauty in suburbia's dark heart resonated with both audiences and critics alike. Mendes had the great fortune to collaborate with a Hollywood legend in cinematography, Conrad Hall. Hall's credentials were second-to-none, having such iconic films on his c.v as, 'In Cold Blood', 'Bonnie and Clyde', 'The Wild Bunch', 'Butch Cassidy and The Sundance Kid' and 'Marathon Man'. Hall gave the look of 'American Beauty' a crisp, bold and colourful primary gloss, one that emphasised the perfection of appearance, a key them in the film. Kevin Spacey and Annette Bening, perfectly cast as the battling married couple, had a field day with the literate script and delivered career best performances. Mendes also uncovered some fine younger talent in Thora Birch, Wes Bentley and Mena Suvari to join them in the fun.

A video camera on a young girl catches her saying, "someone should put him out of his misery", to which a young man's voice replies, "You want me to kill him"? Lester Burnham (Kevin Spacey) then begins a voiceover, "In less than a year I'll be dead", as the camera glides from high above his suburb, a Hitchcock like 'god's eye view'. This hints that a mystery lurks behind the narrative about to unfold, i.e. how will Lester die? or who killed Lester? Carolyn (Annette Bening) is Lester's controlling wife, and they both walk like zombies through a loveless marriage, grinding the dreams of their only daughter Jane (Thora Birch) down with them. A new family moves in next-door, the son Ricky (Wes Bently) becomes infatuated with Jane but is dominated by his ex-military father, Frank  (Chris Cooper). Lester comes under pressure at work to justify his position, he blackmails his boss into getting a payout and quits. He also becomes infatuated with his daughters school friend Angela (Mena Suvari) and begins working out to impress her. Lester's mid-life crisis leads him to re-evaluate his marriage and all the things he took for granted as the inalienable right of a white, middle class American male.

Ball has fashioned more than a middle-aged man's examination of the worth of his own life, and he's framed it within the vapid and empty consumerist wasteland that the icon of conservatism, the nuclear family unit, inhabits. He introduces a layer of bigotry in the attitude of Frank, the ex-military Colonel, who despises the anaemic gay couple in the street, who ironically just want to accepted be like everyone else as they grab their piece of the fractured American dream. The women are deeply unhappy, Carolyn covers it through immersing herself in her work, trying to find self worth in selling real estate and signing up to the perpetual self-improvement ethos of 'lifestyle' coaches like Tony Robbins. Hers is a life in perpetual motion, as to stand still for an instant might induce a moment of reflection. Frank's wife (Allison Janney) is a ghost of a person, a cipher of a woman brow beaten by a violent and authoritarian husband in a state of near catatonia.

The children represent some degree of hope, Ricky has found a way to get around his father's threats and invocations by feigning complete agreement, and Frank isn't sharp enough to lift the fog of bigotry and see he's being lied to by his son. Ricky is slowly building a bridge away from his brainwashing beginnings, mapping a plan to get him away, and eventually asks Jane to share the trip with him. Jane is a misfit, and when her 'perfect' cheerleader friend Angela calls Ricky a freak, Jane is self-aware enough to reply, "So am I". The couple bond over their outsider status, refusing to sign up to the life of their parents, and looking for "the life behind things". They both sense it must be there as the life that they have been told that exists in the surface of things is not in evidence.

Lester's journey is the heart of the film, and Spacey carries the weight superbly. Lester finally rejects the lie he has signed up too, that worth will come with 'things', with possessions and status. Lester says he's "been in a coma for twenty years", and once his 'mojo' is reawakened, by a young and spunky cheerleader, he retreats to the behaviour of his youth. Angela could be a younger version of Carolyn, and subliminally Lester is starting again, however impractical and foolish that idea might be, but armed with the information that would allow him to get a different result. Lester gets the job of his adolescence in a burger joint, and rocks out to the music of his youth in The Guess Who's, American Woman, and to the questioning Who tune, 'The Seeker'. He sources A grade pot from Chris, and refuses to take Carolyn's "joyless" attitude, freeing himself from the prison he's been complicit in constructing around his own spirit. Lester finally sees that, "there is so much beauty in the world".

Sam Mendes maintains a semi-surreal feel throughout, the colour and framing of the film composed and elegant, but the 'grimy underneath' always present. Mendes doesn't telegraph his punches, several developments come from out of the film's peripheral vision, but all add up to an engaging conceptual treatise. The measure of Mendes' vision is it could easily have been a polemic, a finger pointing exercise from 'enlightened' liberals, but the tone is so delicate that even what would notionally pass as a 'downer' ending, is uplifting. There is nothing wrong in acquiring possessions per se, but when it becomes the primary focus then values need re-thinking.

The industry and the film going public embraced it's questioning message, and it won a swag of key awards, including Best Film, Director and Actor for Spacey. It remains a superb example of a mainstream 'art' film, where the confluence of two normally, mutually exclusive memes find a space to co-exist and to express a well-worn idea in a fresh and stylish way. It's a difficult balancing act, normally the film is too 'light' to cater for hardcore art house adherents, and too 'artsy' to resonate with mainstream fans, but Mendes gets the tricky balance right and carries off the task with considerable aplomb. He obliquely suggests something of the 'magical realism' found in modern European cinema, and fits it neatly into the American suburban experience. 'American Beauty' is a gorgeous flower of a film, focusing on one of the 'grateful' dead, Lester Burnham, a suburban hero for the ages. 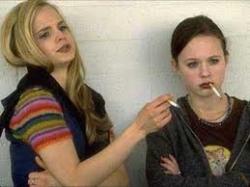 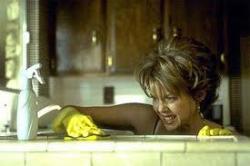 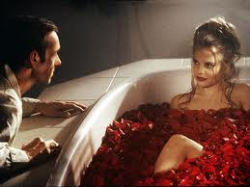 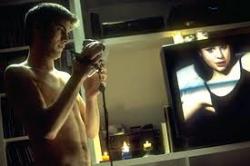 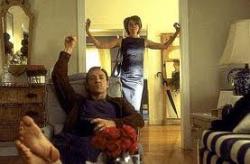