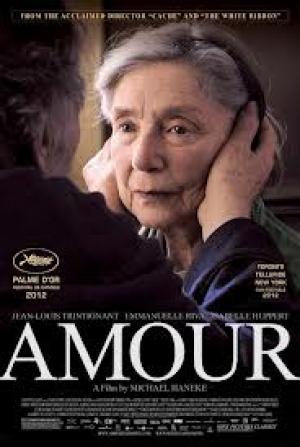 "Films that are entertainments give simple answers but I think that's ultimately more cynical, as it denies the viewer room to think. If there are more answers at the end, then surely it is a richer experience." ~ Michael Haneke

Michael Haneke has again proven himself the most important director working in cinema in the 2000s. After the signal artistic triumph of his The White Ribbon, the best film of the first decade of this century, he follows with a remarkable and unflinching examination of old age and its attendant challenges in the heartbreaking and surprisingly tender Amour. Haneke wrote the script, based on an incident in his own family, and always had veteran French actor Jean-Louis Trintignant in mind for the male lead of Georges, and indeed stated he would not have made the film with any other male lead. Nouvelle Vague icon Emmanuelle Riva, invited to audition in order to win her role, was subsequently cast as Georges wife Anne, a continuation of the stock couple's names Haneke has used in most of his feature films. Both elderly actors were in semi-retirement, and Riva had only made a handful of films since 1965, after bursting onto the scene with Renais'  immortal Hiroshima Mon Amor in 1959.

The police knock down the door of a Paris apartment, and inside we find the corpse of an elderly woman lying on her bed, surrounded by flowers. In flashback, we meet Georges and Anne, an elderly and cultured Parisian couple, preparing for a night at a classical music recital by a pianist and ex-star pupil of Anne's. The next morning, as they are having breakfast and going through the mundane domestic rituals, Anne freezes for some time and becomes expressionless. A panicked Georges gets ready to take her to a doctor, but upon returning to the kitchen Anne has recovered. The couple's daughter Eva (Isabelle Huppert) talks to Georges, after it's apparent Anne has suffered a stroke, and encourages him to put Anne into care. Georges made a promise to Anne not to send her back to hospital or a nursing home, and takes on the role of primary carer himself, even if he is in a frail condition. Anne suffers a second stroke, her condition deteriorates, to the point where all she can cry out is "hurt, hurt", and she starts to refuse food.

Haneke's genius is to reveal emotion without overtly drawing our attention to it like other more 'showy' directors. It's a measure of his control that key scenes are cut with no close up's to emphasis the characters feelings, letting the power of the overall situation work it's incremental effect. The end result is a film that creeps up on an audience, imperceptibly pulling you in, until you can barely breathe, before it leaves it's indelible impression. Eva's scene with Georges is a case in point, as Haneke shoots it with Eva shown in full repose on a chair and Georges shot from behind, as the daughter manages to barely acknowledge her mother's worsening condition as she rambles on. It's Haneke's way of showing that the daughter is self-centred and narcissistic, and rather than cutting to a reaction shot from Georges every other frame, he holds his powder dry, until he finally takes one single mid-shot on Georges as he replies to the daughter's monologue to devastating effect. The concert may be the only example in cinema where the stage is not shown, as Haneke casually fixes his camera on the audience, and doesn't even cut to a close shot of the couple in attendance. By allowing us to draw our own conclusions, but emphasising that the event is not about the concert, but about the couple, it's a clever way of contextualising Anne and Georges story as that of one in many.

Amour has a lasting potency, gained from a single-minded director making bold and uncompromising choices, and a pair of lead actors completely in harmony with their material. The problem, as Haneke stated, was "How do we handle the suffering of a loved one"?, a situation that will become increasingly more pressing as the baby boom generation of post WWII reaches advanced old age in the coming decades. Georges solution is to offer unconditional love and care to his incapacitated wife, and to alleviate her suffering in every way he can, until he has to make the ultimate sacrifice. Eva sees the issue only in terms of her own self-centred perspective, and when she asks her mother, "Can I do something for you"? we understand she views the entire situation as an impost, the tacit reading of the question being, "Look what you're doing to me".

Riva and Trintignant are simply astounding in the central roles, so brave and convincing, so tender and authentic, in one of cinema's grand double acts. Trintignat's realisation of Georges' desperation and of his unyielding commitment is art of a high calibre, he's simply heartbreaking in the subtle choices he makes. Riva is every inch his equal, in the arguably more difficult role of the healthy, and then bed-ridden Anne, as she maintains a dignity and grace in the face of adversity that we can all only hope for. She has the poise to play Anne as the demure and cultured piano teacher, out for an evening's concert going, but leaves us in no doubt as to her quiet anger when her first stroke causes her star pupil to treat her differently. Anne's subtle but devastating stopping of his latest recording is an eloquent testimony to her disappointment in him, and hints at the let down she feels when she sits with Eva later in the film.

Haneke confirms  himself as the natural inheritor of all that is best from the great European cinema modernists. He uses space like Antonioni, where empty rooms speak as poetically and pointedly as full ones, and infuses a Bergman like existentialism across one of the great philosophical dilemmas of humanity, the question of mercy killing. Haneke is not afraid to hold his shots, to catch a scene where he doesn't film all of the action, or to wait on a shot until action commences or progresses, with the language and rhythm of a poet. Amour may well be his most poetic piece yet, full of deft and graceful asides, like the dream sequence and the release of the trapped pigeon, and the lasting image of Anne and Georges putting on their coats to go out one last time.

Critics accuse Haneke of the same detachment that Kubrick allegedly suffered from, but I don't buy it, his methodology and style is capable of a deeper emotional truth because of his choice of an emotionally neutral stance. It's the same technique that Bresson took to its ultimate conclusion, having taken what Melville stylistically offered in Le Silence De La Mer and refining it to fit a personal vision. Whereas lesser director's, more insecure in their audience's abilities to assimilate a certain level of thinking and perspective, tend to overtly display their actor's emotions in endless close-up's or to move their camera when stillness is required, for fear they will (heaven forbid) bore their audience, Haneke, like Bresson, is the polar opposite.

With Amour, Haneke raises his humanity to the level of a Truffaut, or even a Renoir. Amour is one of the great modern films, timeless and powerful, and a perfect examples of cinema as art, reflecting and edifying the human condition, effortlessly merging reality with poetry yet asking hard questions and offering no easy or glib solutions. Stunning. 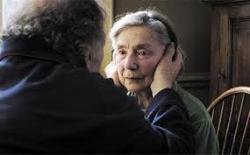 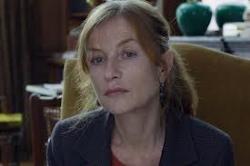 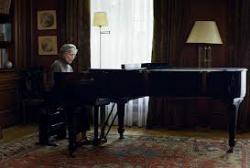