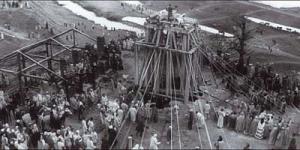 Of men and god

Most of cinema is dwarfed by the scope of this masterpiece. Tarkovsky's epic ruminations on the position of the artist in a repressive culture and the freedoms with which he can function create an unforgettable film experience. If Ingmar Bergman did a medieval Lawrence of Arabia re-imagined as a meditative monk he might have got close to this! Taking as his central figure a 15th century monk, Tarkovsky constructs episodes of his life and times, with the attendant frustrations and aspirations he experiences. Rublev was a renowned painter of religious icons, and even though not much detail is known of his life, his work still survives so it was an interesting subject manner for the Communist state sponsored Tarkovsky. The political ramifications apparently delayed the release of the film for several years. If Tarkovsky argued for his work on the basis of visual poetry, then he was on a sure thing. One imagines the politbureau hacks might have struggled to get their heads around what was on offer.

Andrei Rublev  presents visuals to dazzle and divert, so it's possible the subversiveness of the subplot was overlooked.  Rublev aspired to be an ascetic, a monk and an artist. Not many career paths were open to the average Russian peasant in 1400 CE, so monastic life to devote oneself to glorifying the ubiquitous Christian god was a respectable one at least. In a lively opening we see Andrei and two brother monks sheltering from the ever present weather in a kind of Inn where the peasants are enjoying their cheap liquor and base entertainments. Across bleak landscapes the monks wander, joining and learning from the Greek Theophanes in painting a cathedral. Tarkovsky time and again shows the Russian people as an intergral part of an unforgiving terrain, carried along by it's currents and winds, but enduring all nature can hurl at them with a stoic resolve. The machinations of raiding Tartars and corrupt feudal lords are thus put into perspective, just one more earthly suffering to endure.

Beyond this eternal struggle is the allure of the divine. The fiercly Orthodox Russians for centuries believed they held the true Xtian faith, and here they are celebrating and defending it as naturally as breathing. Andrei has his gaze and talents fixed towards the heavens because of an accident of history and the cold reality of daily life. Tarkovsky is riffing on artistic freedom in a repressive environment, but in effect Rublev had little freedom, artistic or no. He conformed to the orthodoxy of his day, that Jesus was his saviour and that he would be judged by a harsh and demanding sky god. There simply was no other prism with which to view the world, no other outlet for his longing to extricate himself from the evils of the temporal and earthly, Consequently his lust for women is the devils work, shown in a remarkable pagan ceremony, so the resultant confusion and contempt he feels is further justification that a humans lot is to suffer.

Tarkovsky creates some remarkable vignettes, from the sublimely subtle with Andrei and his Princes children running through the church to the violent and threatening as the Tartars literally take no prisoners and lay waste the same holy grounds. The sequence at the end with the molding of a massive bell to toll to the heavens has to be seen to be believed, this is filmmaking at the highest level. The Russian people are saying we may live in squalor, we may turn to dust, but we'll create something lasting and magnificent to glorify and sanctify our existance. Looking at the spare and painful lives of the peasants it's easy to see why the beautiful lie of religion endured for so long. Tarkovsky made an epic with a brain and heart, an ode to faith in a faithless land. 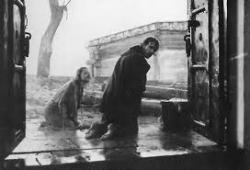 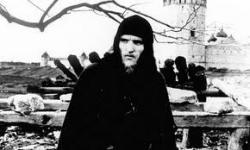