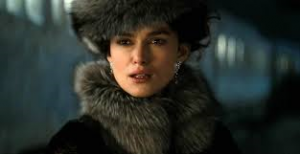 Leo Tolstoy’s complex polemic on Russian social and sexual mores in the late Imperialist era gets a first class cinematic treatment in Joe Wright’s surprising and beautiful adaptation. Tom Stoppard provided the intelligently crafted screenplay and Keira Knightley follows in the footsteps of other famous film Anna’s like Greta Garbo and Vivien Leigh in taking the title role. Wright had previously collaborated with Knightley on the superior Jane Austen adaptation, Pride and Prejudice, and the superb Atonement, based on Ian McEwan’s Booker Prize winning novel. Jude Law stars as the wealthy Alexei Karenin and Aaron Taylor-Johnson makes a surprising and authentic Count Vronsky.

Anna is a wealthy socialite, the “belle of St Petersburg society”, juggling the demands of a young family, busy husband and the gossipy, back-stabbing world of aristocratic society. Her friend Princess Kitty tells her of a dreamy military officer she’s smitten by, the dashing Count Vronsky (Aaron Taylor-Johnson) but it is Anna who takes Vronsky’s fancy at the society ball. The resultant affair between Anna and the Count scandalises the pair, and divorce means a certain social death for Anna, but she’s prepared to pay the price. Kitty eventually marries Levin (Domhnall Gleeson), a friend of Anna’s brother and settles for a quiet life in the country, the polar opposite of the notorious life Anna lives. Anna is conflicted by the lust she feels for Vronsky, and her regard for the decent Karenin and the respectable family life she rejected. As society extracts its punishment Anna becomes suspicious of her lover’s behaviour and regrets leaving her son.

Tolstoy himself was an aristocrat who came to despise the bourgeois and bloated aspect of his own class, longing for the simplicity of an idealised ‘noble’ peasant life. Tolstoy embraced an austere Christian ethic, and came to view poverty as desirable, freeing men to contemplate the spiritual, like St Francis, rather than the temporal and debauched. Of course most ‘noble’ peasants were too busy with the prosaic pursuit of finding food to wonder too much about the greater questions of philosophy. Tolstoy studied Schopenhauer and believed the battle between the flesh and the mind was central to the human condition, and he came to promote a version of non-violent reform that found adherents in the like of Ghandi, who corresponded with him.

Anna Karenina allowed Tolstoy to comment on the venal and empty aspect of Russian aristocracy, the hypocrisy and duplicity inherent in the vacuous social dance, and the contrast in the country life embraced by Levin and Kitty. Anna soon learns that in a culture where “the laws are made by husbands and fathers”, a woman’s worth is viewed through a patriarchal prism, and that she is little more than a chattel. One rule applies for a man who strays, as witnessed by Anna’s brother’s behaviour in taking a mistress, but another for a woman who “breaks the rules”. Anna succumbs to the “animal in man, not the soul” and in this society “carnal love must be punished”. Karenin avers that Anna has been struck by “the curse of love”, but his forgiveness stifles her , “I can’t breathe with your kindness”!, and she can’t stay away from Vronsky. Anna’s punishment is the opprobrium of her class, a social death and isolation to a frozen wasteland more severe than the vast Russian tundra.

Russian high society in the 1870’s enjoyed their last gasp of unfettered gaiety, as soon the anarchist, bomb throwing dissident became as clichéd in popular conception as the Muslim terrorist idea is today. A tide of unrest had already attempted the overthrow of the Russian monarchy some 50 years earlier, and they would only have to wait a further 40 years before the last Tsar would meet his untimely end. The Russian elite were a tiny minority, and the countries fortunes were intimately tied to the abilities of its Tsar, and after a succession of lacklustre rulers the economy was in a shambles, and the illusion of a unified country could not last. Ironically Karl Marx thought the communist revolution would not come from the 90% illiterate peasant populated Russia, but from the relatively educated masses of America. Levin gives us Tolstoy's idealised notion of the working class, and the "worth of work" he discovers with Kitty in their agrarian retreat, but it's a rose coloured prism from which he's viewing, and when the time comes the ruling class were ruthlessly culled.

Where previous adaptations have emphasised the melodrama of the piece, allowing the filmed versions of the ‘30’s and the ‘40’s to be regarded derisively as ‘women’s pictures’, Wright and Stoppard wholeheartedly embrace the theatricality and artifice of Russian high society of the period and make a comment about ‘the rules of the game’. In this version Wright takes his visual cues from Powell and Pressberger’s theatrical masterpieces of classic cinema, The Red Shoes and Tales of Hoffman. Wright makes the bold choice to film the novel as a series of elaborate pieces of theatre; rejecting realism and investing a poetic dimension that visually underpins the fakery on show. These aristocrats are effectively wearing a series of masks, role playing within the mores and strictures of the period, and by treating the parade as staged and ritualistic behaviour Wright and Stoppard reveal layers that a purely realistic take would struggle to do. The elegantly staged dance sequences are a codified mating ritual, in a world where intimacy and sex are secret and sinful. Wright brilliantly portrays the lust and connection the lovers feel, before they even make it to the bedroom, the swirling camera capturing every nuance of the gilded cage in which they dance.

Keira Knightley may not possess the effortless, iconic cool of Garbo, but she has the same brittle and skittish qualities of Vivien Leigh, and delivers a convincing characterisation of Anna. She conveys the difficult dilemma of a woman who is required to be alluring; it’s a measure of her societal worth, but who is then paradoxically condemned for embracing the sexual consequences of that allure. Jude Law is fine and understated as Karenin, and gives a calm and priestly quality to the role, but it’s Taylor Johnson who shines as Vronsky. After adolescent triumphs in the sharply satiric Kick-Ass, and as a teenage John Lennon in Nowhere Boy, Taylor-Johnson proves a revelation as the preening, egotistical and narcissistic Count, cutting a sexual swathe through the ladies of the court. The relationship and arc of the lover’s journey is beautifully rendered by the leads, and superbly supported visually by the director. The poetry of the piece takes prominence but does not detract from moments of bracing reality, in fact it elevates them, such as the still married Anna spurning Karenin’s sexual advances in their shared bed with a devastating, “I’m his wife now”.

Joe Wright is a capable and imaginative director who is building a fine body of work. He ranges across period costume dramas and modern thrillers with aplomb, and has marked himself as a director to watch. Anna Karenina is a bold and innovative re-imagining of one of literature’s finest novels, stylish and confident and a fine entry in the modern cinematic oeuvre. First class. 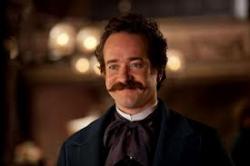 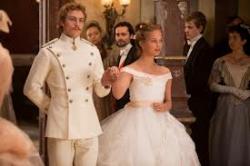 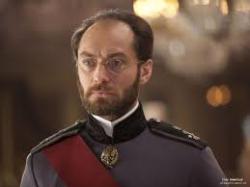 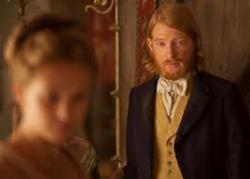 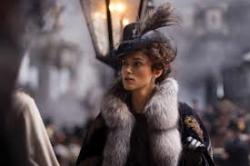