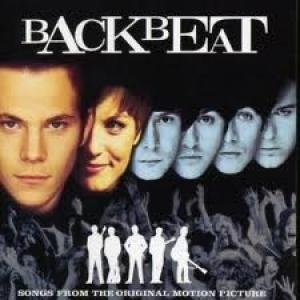 Do ya wanna be in my gang?

Backbeat is the film that fills the gap in John Lennon's life between the mid-teens of the dramatised Nowhere Boy and the faux pop-life of A Hard Day's Night. Iain Softley focuses on the relationship between John and Stuart Sutcliffe, the art-school mate he had convinced to take up the bass guitar and join his band, showing the turmoil and jealousy that Lennon was prone to in his dealings with other people. Softley based the film on his conversations with Hamburg Beatle intimates Astrid Kirchherr and Klaus Voormann, and had the script knocked into shape by Stephen Ward. Softley recreates the ambience and rawness of the port cities of Liverpool and Hamburg at the dawn of the 1960s, when the world was full of possibilities as Britain and Europe awoke from the austerity of the post war era.

John Lennon (Ian Hart) and Stu Sutcliffe (Stephen Dorff) are drinking in a rough port pub, and Lennon mouths off at the local workers. The rockers comments cause offence and the pair gets a beating for their trouble, Stu getting a fierce kicking to the head. Stu manages to sell one of his paintings for 50 quid, and John convinces him to invest it in a bass guitar so he can join his band, the Beatles. Despite a lack of ability on the instrument, Stu buys the bass, and soon he's dragged off to Hamburg as the band determine to see the world and make their fortune. The band play strip clubs on the notorious Reeperbahn, earning their stripes in the ultra competitive market, but Stu's playing holds the band back. Stu becomes involved with a local girl, Astrid, who is a photographer, and an Exi (existentialist) and she offers Stu an exotic and artistic alternative to the raw rock and roll life of the Beatles. Lennon and McCartney argue over keeping Stu in the band, and John realises he has to sack his best friend.

The film mines the murky terrain of Lennon's famously capricious temper and behaviour towards his intimates, and interestingly his unrequited crush on Astrid, which could be interpreted to pre-figure his future liaison with Yoko Ono. John, as represented here, is obviously drawn to the exotica that Astrid represents, pulled away from the Northern girl earthiness of future wife Cynthia (Jennifer Ehle). The film doesn't dwell on the guilt Lennon felt over Stu's illness, blaming himself for letting Stu take a beating to the head in the opening brawl. John's drive and ambition are on full display, as is his acerbic humour and cutting wit, employed during the gruelling sessions of playing many hours straight in the German beer halls. McCartney hated the fact that the film portrayed him as a nondescript adjunct to John, and that they'd "taken my rock and rollness off me", but he expressed admiration for Dorff's portrayal of Sutcliffe.

Softley takes the bold choice of using contemporary early '90s musicians to recreate the music for his soundtrack. It works superbly as the playing is full of verve and energy, the exact qualities the Beatles take on rock and roll possessed. The only odd point is the bass playing is far more competent than what Sutcliffe was capable of, and the reason he played with his back to the audience was he didn't want anyone to see how inept he was. Sutcliffe had a promising career as an artist opening up for him once he left the Beatles, and his life was cruelly cut short as the result of a brain haemorrhage. John kept his gang together, and when fame and fortune came knocking just six months later, he was ready.

The dynamics of the cutthroat world of rock and roll bands during the second wave of the form, where gangly English youths were busy re-inventing and re-invigorating an essentially American invention, and wondering where were the limits is fertile ground for cinema of this kind. Lennon was brutally ambitious, taking on McCartney because he didn't want that amount of talent in a rival band, and colluding with Paul to also push original drummer Pete Best out of the band after 2 years of service, during which time the band had honed its act and sound. McCartney's protestations over Stu's musical abilities forced Lennon into admitting the obvious, and just as Ringo was preferred because he was a better drummer, Paul took the bass position off Stu and became one of the best players in all of rock, in a band that changed music forever. Lennon and McCartney formed the backbone of one of the most formidable musical units on the planet, all from the unlikely place of the dank working class suburbs of Liverpool.

Backbeat is a fine evocation of a fascinating era, and a reminder that major cultural phenomena can come from the unlikeliest of places. 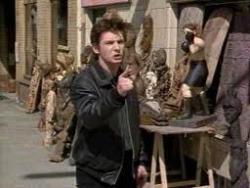 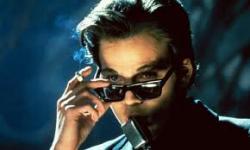 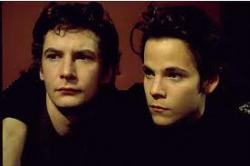 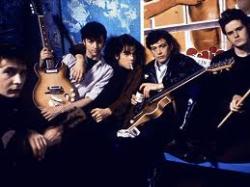