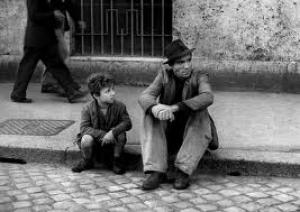 Vittorio De Sica had been making feature films in Italy for almost a decade before his international break through in 1948 with the neo-realist masterpiece, 'Bicycle Thieves'. 'Shoeshine', his film from two years prior has garnered him an honourary Academy Award, the pre-cursor to what would become Best Foreign Film, but it was 'Bicycle Thieves' that reached a wider audience and made the reputation of the entire neo-realist movement. The post-war cinema environment was a fertile and changing one, and Italian neo-realism burst onto the world stage with Rossellini's masterpiece, 'Rome, Open City', in 1946. The movement, loosely dated from Visconti's gritty 'Obsessione' in 1943, where he filmed an unauthorised version of 'The Postman Always Rings Twice', at the behest of no less a figure than Jean Renoir, had it's shining period during 1946 to 1952. It fell out of favour after attacks by the Italian government that it's realism and subject matter amounted to 'hanging out our dirty laundry', and De Sica's own 'Umberto D' is generally the accepted marker for the movement's end.

Antonio (Lamberto Maggiorani) is an unemployed man from a poor suburb of Rome, with a wife and young son to support. He is offered work on the proviso he has a bicycle to fulfill the task and he signs up for the job, not admitting his bicycle was currently in hock. Antonio's wife Maria, (Lianella Carell) decides to pawn the last item of value the family possesses in order for Antonio to take the job, stripping off her 'dowry' sheets from a bed and bundling them up. Antonio heads off to work, putting up promotional posters on the walls of the city, but while he is up his ladder, a thief takes his bike and escapes. Antonio calls on his friends who decide to help him recover the bike, and they set off to check Rome's second hand markets. Bruno(Enzo Staiola) accompanies his father, and they spend the day investigating hunches and leads, before Antonio makes a desperate decision.

De Sica sets his story amongst the unemployed and working poor of post war Rome, and essentially affirms the idea of the 'dignity of work'. The scramble for non-existent jobs at the government agency is an indicator of the repeated slights and indignities these people suffer in order to make a living, where petty bureaucrats capriciously select who works and who doesn't. Antonio moves through a series of vignettes that allow us, as an audience, to absorb his simple philosophies as he passes them to Bruno in the face of the family disaster. "There is a cure for everything except death", he tells his son in a moment of hope, but he vacillates between hope and despair as events progress. De Sica distills the dilemma to a simple equation, the innocuous loss of a bicycle equals the taking away of a man's ability to work and it represents a personal catastrophe, which has a ripple effect.

De Sica also uses allegory in the selling of the sheets by Maria, a symbolic shedding of the past and the marriage bed they represented. The sheets were a wedding gift that spoke of love and fertility, and she's effectively trading in one future for another, a more practical one as represented by the bicycle. It is the lot of the poor to negotiate a path of utilitarianism, and the idea of luxuries like nice sheets is subservient to the idea of the necessities of life and a future for their son. De Sica also comments on the mass culture influence of Hollywood via the poster for a Rita Hayworth film that Antonio has to put up on the first day. As the workers of Italy scramble for a day's pay, a Hollywood glamour goddess looks down from another world, one of opulence and wealth. De Sica also contrasts the 'have's and have-not's' of Roman society when Antonio and Bruno go to lunch, seated opposite an affluent family, to enjoy the simple pleasure of pizza and some live music.

De Sica reveals a collective spirit at large in Italian society as Antonio gets help from his friends, but equally finds that the wider group protects his suspect too. It's a tribalism, a brotherhood observed in the rituals of religion, and in the finale involving a crowd exiting a soccer game. De Sica casts a sideways glance at the superstition that is a part of everyday life for many, when Maria pays some of the little money they have to a seer who predicted Antonio would find a job. After the bike was stolen, and in a sign of his desperation, Antonio returned to her for help, only to be told, "Find it right away or you never will". It's a truism that injustice causes the victims to look for explanations, and some retreat into the mystical and metaphysical, an indicator of the desperation they feel and the easy mark they become to those who would exploit that desperation.

The strength and effectiveness of Neo-realism was in the lack of artifice, and of the ability to look at the unpalatable truth of life, to give value to ordinary lives and stories as opposed to the exceptional. The beauty of Neo-realism is that it revealed a layer of poetry and transcendence in the everyday, in the same way it's influences in French Poetic Realism did, and affirmed the commonality of human experience, high born and low. If people are conditioned by what they see and absorb in popular culture, then only by providing a reflection of the true array of real life stories can cinema be a truly valid, expressive form contributing to the conversation. De Sica and others took to the streets, mostly because they had no choice, and found stories that resonated and spoke of the daily struggle of millions. A lack of basic resources like consistent film stock, or trained actors and technicians led to a revolution in how the film industry worked in Italy during and after the war, and the consequences were far reaching.

As post WWII world cinema embraced different voices and visions, like the Japanese films of the 1950's and the Nouvelle Vague of France during the 1960's the Italians progressed to modernism, via Antonioni and Fellini, but as ever the neorealist roots inevitably showed. De Sica went on to a long and distinguished career, topped with the marvellous 'The Garden of the Finzi-Contini's', which won the Best Foreign Film Oscar in 1970. 'Bicycle Thieves' or 'Ladri di biciclette' was an important film and remains the high water mark of De Sica's output and one of the seminal films in all of world cinema. 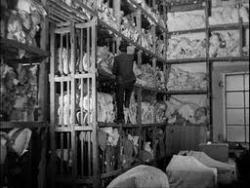 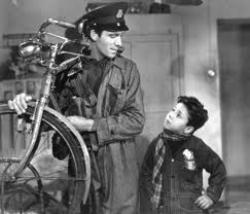 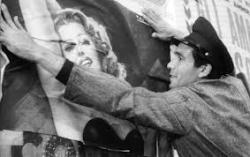 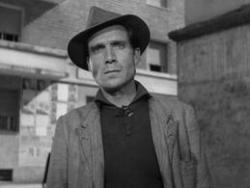 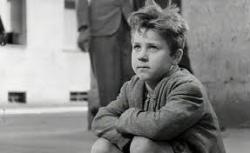 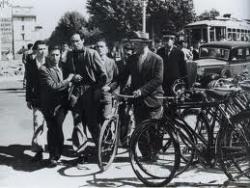