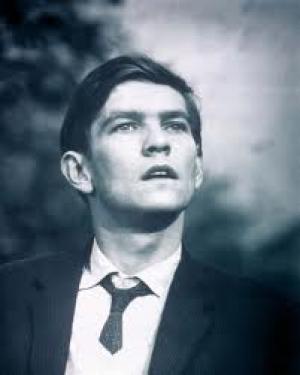 In 1963, Billy Liar demonstrated that the British New Wave could tackle weighty social themes, whilst retaining a sense of humour. In many ways it remained true to the spirit of the Movement in that it contained a Northern town – Bradford - a working class protagonist: the eponymous Billy and contemporaneous social issues that had, pre-Movement, been trivialised or ignored all together.

These themes alone would have hardly made Billy Liar stand out amongst a slew of thematically similar films. What does mark it out, though, is the way it allies these elements to a fantasy theme: the World of Ambrosia, where Billy partially resides. Whilst in this land, he appears able to address the issues within his life from the position of a hyperbolic leader. The juxtaposition of these two worlds –real and imaginary - makes for moments of poignancy and hilarity, giving the film its edge and distinctiveness.

Another element of the film that proves irresistible is Tom Courtney’s performance. A role he knew intimately having previously played it on stage. In many respects, it is the antithesis of his performance in The Loneliness of the Long Distance Runner, where his character is sullen, saturnine and taciturn. In Liar he is ebullient, effervescent and élan. His facial mannerisms and comic timing are evident, and suggest the fantasy world of Ambrosia constantly bubbling beneath his surface.

One particular sequence exemplifies this duality. Billy’s absurd reveries feed into his fractious family relationships and when his grandmother has a physical attack he is instructed by his father to go upstairs and fetch her medication. As he rummages around a drawer for her tablets, he gazes on his reflection in an adjacent mirror. Suddenly his face begins to crumple and twist. Lost in Ambrosia, Billy begins to assume a Napoleonic pose, only to have his father, understanding the severity of the situation, burst past Billy to grasp the medication with the refrain, “Get out of the bloody way!”

Of course, beneath the comedic surface of Billy’s reveries lay a set of social pressures and constraints that emerged out of the growing importance of the teenager/young adult in shaping the social fabric of the time; for example, when Billy’s first girlfriend, only too aware of his libidinous intentions, rejects his amorous advances. Her sole motivation is the security and respectability of marriage. This figure like many in Billy’s town represent the staid conventions that he wishes to rebel against. It is only when he finds Liz (Julie Christie) that he is able to talk about his fantasy world or his unconventional ideas. She is more than his equal, though: engaging in copious amounts of free love and thinking. Rather than embrace the transformation which she could engender within his life, he shys away from it. The film’s final sequence when he intentionally misses the train to London - his ticket to freedom and change - suggest that small town roots run very deep.

Billy Liar was released in 1963 and despite its originality and its visual inventiveness, the public were becoming tired of their time in the North. Unlike Billy, they were more than ready to board the train with Liz and head away from the gritty realism of the kitchen sink dramas, to the South and the Swinging London films that were to follow. 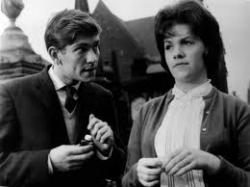 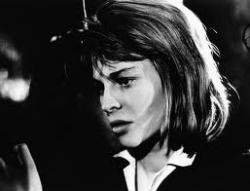