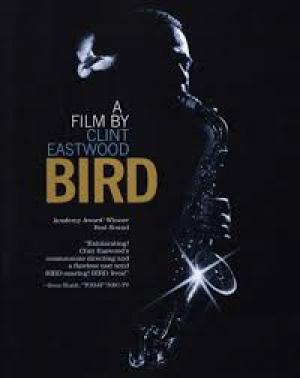 The enigma that is Clint Eastwood beautifully distilled his great love and knowledge of Jazz into a bio-pic about one of its icons, the troubled and ill-starred saxophonist Charlie Parker. Eastwood was starting to show his range as a director, breaking away from his stock fare of westerns and energetic cop romps and showing he was capable of operating as an artist at a much deeper level. Eastwood signed up one of the best actors of his generation, Forrest Whitaker, to play the title role, and produced one of the great musical bio-pics of all time.

Eastwood takes care of Parker’s early rural life with a sweet and fluid sequence that lasts only a couple of minutes, but it’s full of flavour and subtle detail. Soon Charlie is lining up for ‘cutting contests’ in Kansas with players of note, and blowing them off the stage with his angular approach to the music, too extreme for the musicians and way beyond the ken of the audiences. Charlie moves to New York and is soon besotted by a beautiful young dancer named Chan, who is attracted to the free spirit and artistry of the man his peers are calling ‘Bird’. The couple have three children together as Parker struggles to make a living playing music that no-one seems to understand while dealing with a drug addiction that threatens his life.

Eastwood uses narrative sparely in the film, favouring a more impressionist approach, and the abstract overtones of this style choice actually complements the music Parker championed, Be Bop, a bastard son of Swing Music. Parker was searching for a deeper method of expression, building on the legacy of the pioneers of Jazz, blazing a trail in the difficult and uncharted (literally) terrain with like minded explorers like Dizzy Gillespie. ‘Diz’ was the musical and organisational genius who could hold a band together and without him Parker could not have made the impact he did, but Eastwood does not focus on that crucial relationship, preferring to stay with the demons inside Bird’s head.

Parker used heroin for many years, its use was ubiquitous within the Jazz community and many other contemporaries like Billie Holiday were also known for ‘chasing the dragon’. Parker had health issues as a young man and became addicted to pain killers, for most of his life he suffered chronic back pain. In between bouts of heroin use he fell into heroic consumption of alcohol, destroying his health and reputation and marginalising his support from friends like Diz. He managed to pour all of his emotion and pain into his playing, revolutionising the use of the instrument as his reputation amongst his peers flourished, even if the record buying public continued to ignore him.

In many ways the story of Parker was a natural fit for Eastwood and his ‘great man of history’ philosophy; as some unexpected resonances can be found in the tale of an arch-individualist running ahead of the pack. Bird was also something of a ‘gunslinger’, the fastest in town, and all the hot young pretenders came to measure their ability against his as he staked his claim to 52nd Street rather than the streets of Laredo. Eastwood finds beauty and magnificence in the music, lovingly filming extended, soloing sections that map out the individuality of Parker and his work, creating indelible images in the process.

Bird  was something of a labour of love for Eastwood, a lifelong Jazz aficionado and a talented piano player in his own right. Parker’s brand of Be Bop was a notoriously difficult music to play, technically demanding and intellectually abstruse, controversial within the Jazz fraternity and broadly unloved for many years. Parker eventually found some mainstream success when he incorporated a lush string section into his vision, but he swam against the tides of conformity most of his career.

Parker changed the way soloists could approach their art, he took the verve of Louis Armstrong and the fluidity of Sidney Bechet, melded it with the sophisticated harmonic relationships found in Duke Ellington’s arrangements and imbued it with the desperation of a drowning man trying to find a lungful of air. Parker simply decided to use not only the conventional modal scales and keys that all soloists used, but to investigate the full possibilities offered by each individual chord as the changes rolled. The added miracle was that he could do it at breakneck pace, and with passion and emotion, like solving a Rubik’s cube in every bar, at 180 beats a minute.

Eastwood showed his artistic hand with Bird, that he could go outside the limits of his public persona and elevate his art to the kind of tropes and depth you’d expect to find in a European art house film. Bird is haunting, deliberately paced and arresting, driven by mood and atmosphere rather than action and narrative in order to make its points. Eastwood’s deep love of jazz music and his feel for the nuance and quirk of the genre is palpable; it oozes off the screen and infects the fine atmosphere in which Whitaker plies his art. Forest Whitaker, a mercurial actor not averse to risk taking, had the particular energy and verve to create a memorable characterisation as Parker, aligning himself to Eastwood’s mood piece and winning himself a Best Actor award at Cannes into the bargain. Dianne Venora is lovely as Chan, the beguiling dancer and definition of a ‘cool’ 50’s chick. Eastwood does not focus much attention on the racial tension the couple experienced from the wider community as a mixed race couple, probably because Chan asserted that Charlie worked hard to shield her from any nastiness n that regard, but also because the film is about the artistry and the power of the music.

There is no strong agreement as to how Charlie came by the name ‘Yardbird’, which was subsequently shortened to ‘Bird’. It seems to have something to do with his widely acknowledged love for eating chicken, a bird known colloquially as a ‘yardbird’ in the South. Either way, the epithet ‘Bird’ and its overtones of flight and freedom proved to be the perfect metaphor in regards to Parker’s mastery of his instrument where the fluid flights of his soaring solo work spoke to a spirit that couldn’t be contained by rules and conventions.

Clint Eastwood had already proved himself a master of the entertainment end of the cinematic spectrum but with Bird he showed a deeper artistry, one that soon took him into the higher echelons of American directors.  Eastwood, a political contradiction, (reportedly supporting Mitt Romney’s failed election bid in 2012 because he wanted a fairer tax system – the equivalent of asking Dracula to monitor a blood donor programme) a “social liberal and fiscal conservative” in his own words, is on much surer round with his artistic instincts. Eastwood went on to make some of the most assured and effective American cinema of the nineties and naughties, masterworks like Unforgiven,  Mystic River,  Flags of Our Fathers,  et al and notwithstanding anymore bizarre conversations with empty chairs will leave a legacy of American cinema to stand with the best. Who’da thunk it? 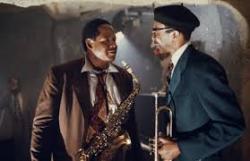 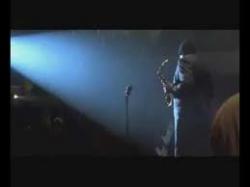 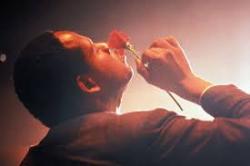 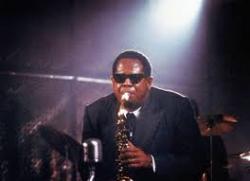