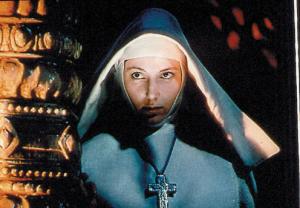 Many Archers as good, Nun better.

Rumer Godden’s novel of a clash of cultures is given the full Powell and Pressburger treatment, complete with one of the cinema’s most delicious visual conceits. The astonishing studio fakery contributes a dream like ambience, perfect counterpoint to a story of desire and constraint, of the pull of nature against the behavioural cages civil society constructs. The impulse for Empire brought the British to India, unfortunately they mistook superior firepower and skills in warfare for superiority in every way, and therefore set about remaking native conquered peoples into their own image. One of the key areas of paternalistic colonialism was the spreading of the faith, in this case Christianity to the heathen Hindu, Sikh, Buddhist or Muslim population. Godden sets her tale in a monastery high in the Himalaya’s, amidst the travails of a group of Anglican nun’s under the leadership of the inexperienced Sister Clodagh (Deborah Kerr).

The monastery is an imposing edifice on the edge of a cliff, where the nuns are to cling, limpet-like to the terrain for fear of being blown away by Mother Nature. Importantly the structure was once a harem for a local potentate and is once more to become a ‘house of women’. The battle against nature without and nature within is key. The Vedic strands of Hindu philosophy regards desire as occurring prior to thought, and the images the nun’s are surrounded with on the walls of the building are of sexually active women, enjoying and embracing a freedom these Sisters of Charity never dreamed existed.

Powell’s keening eye for detail shows us Sister Clodagh in close up, committing the sin of pride upon being informed she has been selected to head the mission. She sets off with a kind of misfit group of Nun’s, a distaff dirty dozen if you will, including the bad seed of the order, Sister Ruth (Kathleen Byron). The folly of the enterprise is revealed from the start. The children who attend the school for education do so due to bribery from the local leader Old General, and the medical attention they are restricted to receiving is for minor injuries, lest a fatal one cause bad luck to befall the village. The British Government area agent is Mr Dean (Davis Farrar) and he is savvy to the ways of the locals and cynical about the prospects of the Nun’s. He is also devilishly handsome and virile, a condition not lost upon Sister’s Clodagh and Ruth particularly.

Struggling against ancient superstitions (including their own), the Nun’s make hard going of it. The easy sexuality of the young would be lovers who attend class, a local bejewelled Prince (Sabu) and Kanshi, the pretty young temptress, played memorably by Jean Simmons, throw into stark relief their own prim Victorian era mores. Clodagh has a reverie of times gone and lovers past, shown in flashback, which caused Powell a lot of trouble with US censors. The Catholic League of Decency obviously didn’t like Nun’s to be shown as women with a sexual history. Sister Ruth has more contemporaneous desires and identifies Mr Dean as her intended and Clodagh as her competitor, losing her grip on reality in the process.

Powell unfolds the action like a Hitchcock suspenser, the slow build up of the friction the environment creates, of the doubts sown and hopes dashed creates an interior panorama as impressive as the confected vistas and perfumed gardens. Kerr's ability to deliver an air of quiet desperation, underpinned with a steely strength makes the tension and atmosphere a potent blend of naturalism and surrealism, a concoction that exists in most Powell features, and was a signature part of his singular cinematic language.

Powell had a brilliant team of artists and technicians at his disposal to aid and abet his vision. Jack Cardiff photographed Alfred Junge’s sets in a way that adds layers of feeling and resonance to the place and characters. The use of colour is the garden scene’s is re-incorporated in the lipstick Ruth uses to shed herself of her stifling vows. She seems to be smearing herself with the place itself in an effort to tap into the natural order of men and women. Clodagh is all stiff upper lip instead, and shaky resolve, trying to live up to the orders ideals, however empty they may feel. The end is shocking and sudden and prefigures Hitch’s ‘North By Northwest’ in some ways, without the train and tunnel, a lesser director might have imposed an ending where Clodagh and Dean fall into a lovers embrace, but not here.

The racial stereotypes are probably forgivable from this distance, but will jolt modern sensibilities. Kerr is lovely as the lead upon which the tale spins, and Hollywood stardom was just around the corner for her, leaving a Post war England still coming to grips with it’s changing status in the new world order. The Young Prince in class is wearing a heady perfume and reveals it’s imported from London and called ‘Black Narcissus’, effectively a British version of Eastern exotica, the trappings of empire. The irony is lost on the young man, that just as India was about to rid itself of the colonial yoke in 1947 he’s smothered himself in the scent of foreign conquest. The earthly aromatic delights of the Indian garden prove far more powerful and alluring than any cheap foreign imitations, as the house of women, inhabited now only by the ever blowing wind can attest to in this classic piece of cinema. 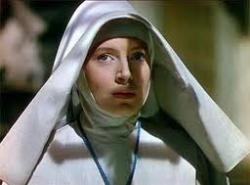 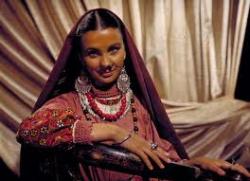 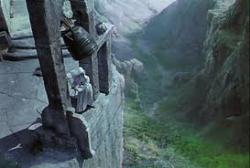 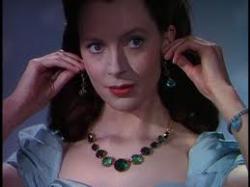 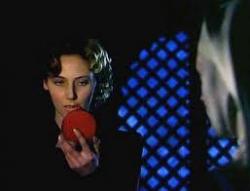