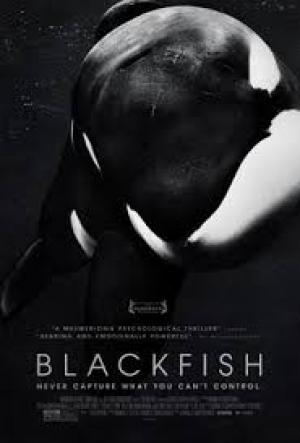 Something fishy at SeaWorld

The collision of capitalism and exploitation of animals is witnessed in the stark documentary Blackfish,  put together with the skill of a forensic detective by director Gabriela Cowperthwaite. She manages to evoke the cadences and rhythms of a thriller as she assiduously unpacks a compelling story, taking care to be clear on a welter of insight and detail. The film follows the astounding, The Cove  and the mesmerising Grizzly Man  as must see examinations of the ethical and philosophical implications of the interaction of man and wild animals.

Cowperthwaite opens with the headline making event, the death of Dawn Brancheau, an experienced and safety oriented animal trainer at SeaWorld in Florida, an event that took everybody associated with the popular trainer by surprise. The nub of the tragedy is the fact that the whale involved, Tilikum, had form in this regard, as Cowperthwaite makes clear by her detailed examination of the history of the killer whale. It turns out Tilikum had been involved in the deaths of two other trainers, events that SeaWorld had knowledge of but then failed to pass on to the trainers assigned to the animal. In fact, Tilikum was purchased from a Canadian company that lost a trainer, Keltie Byrne, in an incident in which Tilikum was a central player. The Canadians sold Tilikum to SeaWorld for breeding purposes and assumed that the whale would not be used as a performer because of the incident.

SeaWorld used Tilikum to sire a massive part of their killer whale stock as a breeding male, but they also pressed him into service in their cheesy, family oriented ‘entertainments’. Various trainers expressed concerns about incidents involving Tilikum but were told to ‘get back into the pool’ or else others would take their job. Dawn Brancheau was the star trainer at SeaWorld, cautious and experienced, and it took a tragedy with an aggravated Tilikum to finally bring the idea that cooping up killer whales in small pools was not a great idea to begin with.

Cowperthwaite gives evocative and chilling background to the tragedy by returning to the practices that led to Tilikum’s capture in the first place. It transpires that killer whales are social and familial animals in every regard, and the footage of young calves being culled from their mothers is heartbreaking, enough to bring a tear to the hardened fishermen involved. The grief the whales feel is palpable and it’s these traumas that backgrounds the behaviour of the captive whales, reduced to having to beg or perform for food, or starve.

The key driver of killer whale behaviour is the part of the brain that controls empathy and emotionality, similar to what primates and humans enjoy, but in an even larger form. It’s this ‘mirror’ facility, the ability to see yourself in others that enables not only empathy but also communication, and it appears that whales have a level of communication that we are only beginning to understand. Indeed it may be the case that various smaller, social sets or pods have a ‘regional’ dialect that contributes to a kind of tribalism that can lead to inter-species conflict. Tilikum was battered from pillar to post when he arrived at SeaWorld by the territorial whales in residence, and it’s not uncommon for whales to routinely injure other whales not from their own extended pod.

In typical corporate fashion, SeaWorld went into brand damage control upon the death of their trainer and immediately put the blame back on ‘trainer error’ in order to deflect bad publicity. The mistake they made in taking this path was that Dawn was so respected by her peers that they took umbrage at this heartless, corporate approach and rallied to supply Cowperthwaite with the necessary evidence to support the central tenant of the film.

SeaWorld refused to be interviewed to give their perspective, but that decision seems redundant as their corporate manifesto and propaganda is on show for all to see via a wealth of archival material. It’s bleakly humourous to hear the lies the SeaWorld trainers were required to voice in relation to comparative life spans in captivity as against the wild, but most probably signed up naively believing what they were told was true. A worryingly large amount of ex-trainers front the camera to denounce the activities of their younger selves, it’s a condemnation of the system they now reject and also of the people and companies that still subscribe to it.

In order to prevent the human tragedy of the death of trainers in relation to the ‘entertainment’ industry, it’s clear the tragedy of animal exploitation needs to be addressed and brought to account. The worst thing we’ve done for the ‘killer’ whale is that name, the creature seemingly damned by an ill-considered and clumsy moniker when there is no evidence of a human being harmed by a killer whale in the wild. The film makes a powerful case for the whale as an intelligent, empathetic and emotional creature that is as psychologically damaged by captivity as humans are. The disgrace of the commercial exploitation of an agreeable and affectionate animal, bizarrely in an age where we anthropomorhise such animals in cute Disney animations, demeans us all. We need to reassess, to respect and appreciate these majestic animals in a humane and reasonable manner. 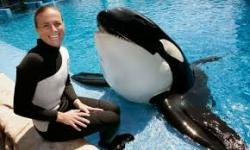