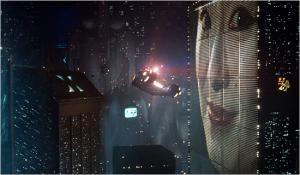 A case could have been made for Ridley Scott to be considered the cinema equivalent of Nick Drake, meaning that if he'd expired after his first 3 films, he'd be eulogised as a master and deified as a genius. As it is Scott's first three films, The Duellists, Alien and Blade Runner are a remarkable achievement when taken on their own, but when viewed in the totality of his output after a near 40 year career, the quality and depth they represent is more the exception than the rule, leading to the more apt comparison to being that of Elton John. If Elton had done a 'Drake' he'd be the critic's darling, but he lived and produced a mass of product, that after the first flush of creative fuel was spent, led to the law of diminishing return and worse, falling into becoming a caricature of himself. Likewise with Scott, who after this distance will leave a body of work no more significant than say Michael Curtiz, no auteur but a journeyman craftsman who, given the right material could create a superlative entertainment.

Blade Runner is however one of Ridley Scott's greatest achievements, taken from the brilliant source novel, 'Do Androids Dream of Electric Sheep', by Sci-fi master Philip K Dick, and incredibly rendered by a superlative art direction team and a special effects department led by the legendary Douglas Trumball. After initially casting Dustin Hoffman as Deckard, Scott settled on the far more satisfying Harrison Ford, then on an amazing commercial streak, and used him as the world weary, future-noir protagonist doing society's dirty work in Los Angeles in 2019. Propelled by a moody and pulsing Vangelis score, the acid-rain soaked streets of the megalopolis look bleak and foreboding as ex-cop Rick Deckard is pressed into 'retiring' some rogue replicants, who's presence on earth as potentially mutinous androids has been made illegal.

Deckard goes to the production company, the Tyrell Corporation, and finds Tyrell and his young assistant Rachel (Sean Young), and is told there is a fail-safe devise written into the Nexus 6 model, 'death', they expire after a 4 year period. Tyrell tells Deckard privately that Rachel is a new model replicant who doesn't know she's an android as she's been implanted with fake memories. She's more human than the humans', Tyrell states. Two of the four rogue relicants loose in the city, Roy (Rutger Hauer) and Leon (Brion James) look to make contact with Tyrell through his key bio-mechanical engineers and start with the 'eye' designer Chew first, after he gives a name further up the chain they dispose of him and go looking for J F Sebastian. Rachel goes to Deckard's apartment and tells him that Tyrell is lying and she's not a replicant, but Deckard doesn't believe her, even though he's attracted to her as she is to him. Blonde replicant Pris (Daryl Hannah) makes contact with Sebastian (William Sanderson) and soon Roy joins them in Sebastian's toy bio-mechanical menagerie.

Deckard tracks down Leon, who easily gets the upper hand, but as Leon is about to kill him Rachel appears and saves the day for Deckard and again they go to his place. Rachel and Deckard dance around each other before they fall into each other's arms, she slyly checking out his naked torso, possibly a case of human envy? She asks him "have you ever taken the test yourself"? alluding to the fact that Deckard too may be a replicant. She lets her tight and severe hair down for him, visually transforming in seconds from an artificial looking 'doll' to a real woman. She plays piano for Rick, touching emotions that put doubt into his head as to her being less than human. Rachel disappears and Deckard is ordered to retire her as well. He tracks down Zhora ( Joanna Cassidy), who is performing in a club with a snake! Deckard chases her and terminates her on the streets amidst a rain of glass and blood.

Roy gets Sebastian to take him to Tyrell, and in the strongest allusion to a divine and religious overlay, a 'creator' and 'created' meeting each other, Tyrell merely says of Roy's decidedly Aryan features, in a comment that resonates with the eugenics issues the story is redolent with, 'you're perfect'. Tyrell had been creating a 'master race' of his own, but here his creation has come to ask for more, for life beyond the 4 years. When Tyrell says it's impossible Roy crushes his head, "it's not an easy thing to meet your maker". Deckard finds Pris and after he's disposed of her Roy arrives for the final showdown. After an epic struggle Roy spares Deckard's life just as his own is running down. "I've seen things" he tells Deckard, as a white dove heads skyward. Deckard goes looking for Rachel, with the words of Gaff (Edward James Olmos),the slimy law enforcer ringing in his ears, "it's too bad she won't live, then again, who does"?

The genius of  Blade Runner is it's seamless blending of a remarkable and detailed future world with the evocative past world of film noir. Scott creates a future that is unlike the standard Kubrick or THX1138-style sterile and clean environment, instead offering us a dirty and crowded dystopian vision, one more aligned to Tarkovsky's moody and gritty Solaris. This suits the weary gumshoe persona of Ford, and in a wonderfully measured performance he channel's Bogart's Philip Marlowe effortlessly, trying to face the same existentialist questions that life and death situations bring. Add to that the complicator that we don't know for sure who is human and who is a "skin job" then the dilemma is doubly felt. Roy has all the flaws and traits of a human, he feels he's experienced transcendent moments, and it's him who articulates as much to a bewildered Deckard who has witnessed Rachel touch emotional depths that seem closed to him in his cynical, utilitarian world.

The public and critical reception for Blade Runner in an overcrowded 1982 market was subdued to say the least, and it's reputation lay in the cult like following it's attracted in the intervening years. The production was a fraught and tension filled one, with star and director not getting along, but the perfectionist in Scott saw him push beyond that, past studio budgetary pressure and the immense task of juggling the small army that represents a film crew, to keep his nerve and fashion a sci-fi masterpiece that added significantly to the language of the genre and set the standard for any neo-noir that set it's gaze on the future. It's a reminder of the fierce intellect Scott can tap into and also of the lack of worthy projects he has turned his talents to in the interim, preferring the cartoon epic's of Gladiator and Robin Hood that seem to stimulate nothing except his bank balance. Pity. 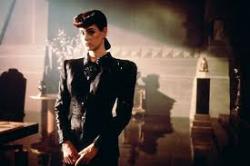 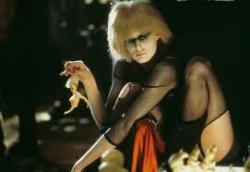 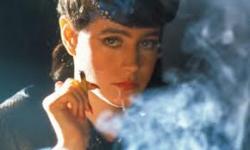 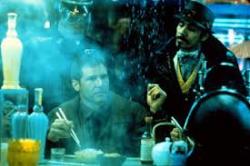 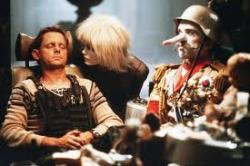 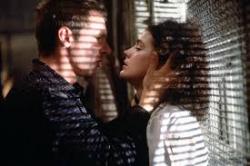 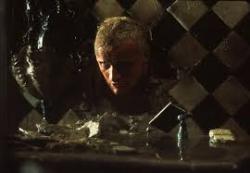