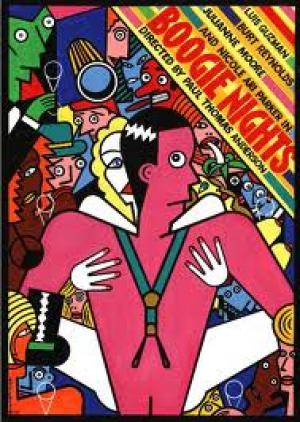 The Rise and Fall of Dirk Diggler

“You can't talk about fucking in America, people say you're dirty. But if you talk about killing somebody, that's cool.”
~ Richard Pryor

Paul Thomas Anderson's break through feature was a hip and heartfelt look at the rise and fall (literally) of the L.A porn industry during the heady (I know) days of the '70s and the changing fortunes and challenges of the cocaine drenched '80s. Anderson had been working on his Dirk Diggler parody since his student days and here he casts former teen idol Mark Wahlberg as his sweet natured but none-too-bright hero, and surrounds him with a brilliant cast of supporting actors who are crucially able to conjure authentic characters from sometimes very little screen time. Anderson made the inspired decision to cast Burt Reynolds as the lynch pin figure around whom this carnival of lost souls orbits and his presence adds a kind of faded Hollywood lustre to a sometimes tawdry and pathetic world. Another decision that pays off in spades is having Michael Penn helm the music selection as the film is packed with back to back songs from the era, all beautifully judged and appropriate,  and thankfully not just the obvious hits from the time. Walter Egan and Sniff 'N The Tears may not he household names anymore but their songs are superbly used to create a mood of time and place.

Anderson invests a great deal of humanity into his characters and this is at the heart of the film's success. He makes no judgements about the work they do, merely observes humans in a slightly extreme environment going about their usual business, where relationships and family concerns are just as important as if they were working on a regular soap opera. In fact the acting is pretty much at soap opera standard and the only discernible difference with a show like General Hospital is the actors strip and have sex after the crap dialogue stops. Anderson has great scope for humour but it's never malicious, allowing his brilliant cast to flesh out detail with remarkably efficient shorthand. Little Bill (William H. Macy) has very little dialogue but we know very quickly that his heartache over his wife's infidelities is eating him up, a scene where he gets home and throws his keys in frustration, only to go and pick them up and put them in their proper place speaks volumes of his capacity for self loathing. Most of the characters handle the pressures and demands differently, but each eventually is in need of a crutch, and when cocaine becomes prevalent in the industry it offers an easy numbness. Even though Anderson ends on an upbeat note he shows that a price is extracted that not everyone is able to pay, and that actions have consequences.

The ensemble performances are very fine indeed, each an integral part of creating something collectively that is greater than the sum of its parts. Moore's brittle Amber is a stand-out, torn by her enforced separation from her son and finding a mother instinct outlet towards the younger members of the dysfunctional family group that the unit represents. Reynold's plays Horner with a subtle delight, and he carries it off, convincing us of Horner's chief delusion, his wish to make a film that is truthful and important, and Reynold's was deservedly nominated for a Supporting Actor Oscar for his work. Wahlberg is ideal as Dirk, a situation that called for an innocent set loose in a strange new world, injecting just the right amount of wide-eyed optimism that pays off when he descends into doing things that are very unpleasant. The others all deliver the humour that Anderson's tone demands, but Alfred Molina is wonderful and deserves mention as the music fan drug dealer who knows Ricky Springfield, "He's a friend of mine",  he beams as he gyrates along, high as a kite to Jessie's Girl.

Anderson stylistically takes his leads from a couple of film giants in that the multi-layered structure of the ensemble feels like an Altman homage and the swirling, following and moving camera could be from Scorsese. The scene where Little Bill snaps on New Years is a great use of the following steadycam, keeping us on edge as we see in close detail the character break-down before our eyes over a very long continuous take. The pivotal use of contemporary music is also something of a Scorsese trademark, but Anderson uses the method equally as effectively so he's learnt his lessons well. The art direction and set dressing is a '70s wet dream, all orange and green and brown interiors, with the equally ghastly clothes a highlight that adds to the fun. Anderson balances the humourous tone of the setting and environment with a gentle poignancy that flows from the humanity of the characters and is able to make a coherent and affecting work in the process.

Boogie Nights  indicated Anderson to be a heavy hitter in modern American films, and since then he's gone from strength to strength. His next film was the off-beat and sweet Punch Drunk Love,  still the best use of Adam Sandler's peculiar talents on celluloid, and from there to the masterful There Will Be Blood  in 2007, one of the supreme achievements of modern American film. The Master,  another wide ranging but misunderstood masterpiece in 2012, featured a stellar performance from the late and lamented Philip Seymour Hoffman, a staple of many of Anderson's films and a huge loss to the industry. It's this consistent quality and output from Paul Thomas Anderson over the last 20 years that should ensure his viability as an A-list director for some years to come. 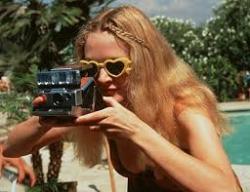 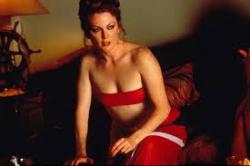 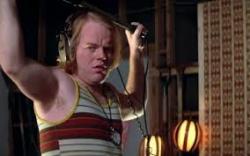