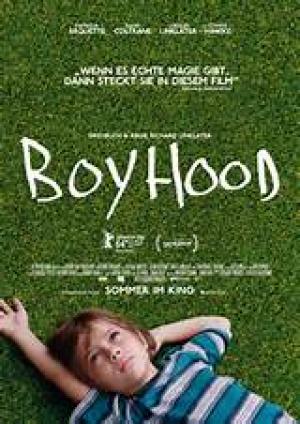 Life in a Mason jar

"If you carry your childhood with you, you never become older."
~ Tom Stoppard

American auteur Richard Linklater has managed to navigate the treacherous shoals of American mainstream cinema, whilst occasionally delving into the Independent/Art House end of the spectrum, and create a mixed bag of fine and worthwhile films over a couple of decades. Linklater provides thoughtful, probing and personal cinema, often in concert with ‘high concept’ devices, i.e. shooting a film restricted to a 24 hour period (Before Sunrise)  the same relationship re-visited over many years (Before Sunset, Before Midnight),  using a Rotoscope animation process (Waking Life, A Scanner Darkly),  using a one room set (Tape)  and it may have reached an apotheosis of sorts with Boyhood,  a film shot over 12 years, with the same cast. During 2002, when Linklater was involved with School of Rock,  his biggest commercial hit, he formulated the idea of making a film across an extended period that tracks a boy and a girl as they grow up, casting the girl was easy in one respect, he employed his young daughter Lorelei, but he struck gold in finding 7 year old Ellar Coltrane to play Mason. The team met every year for the next dozen, remarkably sculpting the story to fit the developments and mood of each year as they pieced the puzzle together. For much of its genesis the project was known as 12 Years, until a certain Steve McQueen film won the 2014 Best Picture Oscar, and Linklater changed it to Boyhood.

The film opens on an optimistic note, as Coldplay intone “See the stars, see how theyshine for you”,  as we find 6 year old Mason (Ellar Coltrane) gazing at the sky and waiting for his mother to pick him up from school. Olivia (Patricia Arquette) is a single mother, raising Mason and his older sister Samantha (Lorelei Linklater) and struggling to make ends meet. She decides to shift the family to Houston and study again so she can get a better job. In Houston she becomes involved with her lecturer, Bill (Marco Perella) and they marry, making a ‘blended’ family with his two children, roughly the same age as Mason and Sam. Bill becomes abusive as his alcoholism takes over and Olivia takes the kids and leaves him. She sets up solo again and becomes involved with Jim (Brad Hawkins) an ex-Iraq veteran who also has a problematic relationship with Mason. The children’s lives are also divided between time with their good natured but absent father, Mason Snr (Ethan Hawke) who has to find a way to relate to his kids and the myriad changes they go through.

Mason is a dreamer, never quite finishing his tasks, his teacher says he’s “staring out the window all day”,  and he thinks deeply about the things in his life. His sensitivity makes it more difficult for him to incorporate the slings and arrows of daily life into his thinking and reactions in the same forthright manner that his pragmatic sister seems to manage. His father tries to help him see that he will need to develop a thicker skin, “life doesn’t give you bumpers”  he tells him after his failure at a bowling alley. The adults in Mason’s life seem only to provide boundaries, in their attempt to set Mason on the ‘right’ path, some reasonable, some absurd, “You have so many lines”  Olivia tells the arch-disciplinarian Bill, after he belittles Mason for crossing one. Mason yearns for a world where there is “no-one controlling you” - a situation he imagines adults must enjoy, not realising there are different kinds of ‘controls’ that adults are restricted by. It seems that his childhood is one long invocation to finish his homework, but he seems to glean hints of a deeper level of meaning, of a life that offers something magical.

It is not often that American films examine a child in existential crisis, that’s best left the French (Forbidden Games,400 Blows, Mouchette, The Hedgehog et al), but here, at least, Linklater delves into the full gamut of a child’s experience of the world. Mason feels deeply and cogitates on things, not rushing to conclusions like his peers, he lets issues percolate until he is ready to express an opinion. As the arc of his story unfolds he becomes more vocal about what he thinks, whereas the early part finds him mostly silent or taciturn. He looks closely at the decaying body of a bird in the ground, and already he seems to sense that life is fragile, maybe fleeting, like his parent’s relationship, and is troubled by the implications. At a sleep over at his father’s apartment Mason says, “There’s no real magic in the world”,  to which his Dad replies, “Technically, no.”  Mason’s peripatetic childhood accents his sense of impermanence, and he takes some time to reconcile the contradictions of adult’s who advocate freedom and ‘following your heart’, when the evidence is they did not follow their own dictum, the hypocrisy disturbs him in a way other children fail to register.

Linklater employs a subtle, observational camera, one that picks up the poetry of the mundane, the realism and the messiness of the everyday. Mason Snr represents life and passion, as Olivia represents commitment and love; she is the one stable thing in Mason and Sam’s lives. Over the course of the film Mason Snr gets worn down by life, his dreams and aspirations are subsumed by new priorities, a new wife and child and job, but (crucially) he never loses his spirit. By contrast, Olivia is so driven to provide for her children she doesn’t notice what she’s losing in the process, until she reviews her life after Mason leaves home and despairs at how empty and lonely she feels. The children are portraits in contrast too, Samantha somehow manages to find a middle ground between her father’s spirit and optimism and her mother’s tenacity, she’s an earthy solid balance to the ethereal part of Mason’s dreamer nature.

Both child actors provide perfect foils for the other as they literally grow up in front of our eyes in the course of a couple of remarkable hours, both are revelations. Ethan Hawke almost walks away with the acting honours in a performance that is so subtle it’s deceptive in its layers and beauty – his scene where he gives Mason a mix tape of Beatles solo recordings is one gem amongst many. Patricia Arquette is very fine as the ‘responsible’ parent, finding levels of emotion and engagement that conjures a powerful heart to the centre of the film, one that pays off in unexpected ways.  The film vividly portrays the fact humans are caged by different kinds of bars, some tangible, some invisible, both as children and as adults, and part of the experience is to learn to deal with the limits that living in a society inevitably brings.

What is so beguiling about Linklater’s humanist masterpiece is the way it offers a neutral eye on the passage of ordinary lives, it does not shy away from the fact that real life is messy and unpredictable. The project could have felt like a series of home movies on steroids, but its approach incrementally uncovers a paradox, that life is both ordinary and extraordinary, often at the same time. The boldness of the film may also seem diminished by the plethora of modern ‘reality’ TV shows, ones that focus on ‘real’ families, but this film is poetic and lyrical in a way that the manipulated and highly edited gloss of those fakeries could never hope to be. If anything it owes a little of its lineage to the stunning 7 Up  documentary series that Michael Apted started in the early 1960’s.

Linklater bookends the film with references to the natural world, “see the stars, see how they shine for you”  opens the film, and Mason is contemplating the wilderness at the end, seeing the magic and wondering at how he is connected to it – this is his path. Linklater is saying, in a whisper not a scream, “it’s the journey that matters.”  It may be that the film is such an understated work that many have missed its boldness and audacity. To pull off this concept and make it work at this level is little short of genius, the Academy may have given the award to another films about actors (quelle surprise!) and a fine film it is, but Boyhood  is an unprepossessing masterpiece for the ages, a film about childhood for grown ups and dreamers, Richard Linklater, stand up and take a bow. 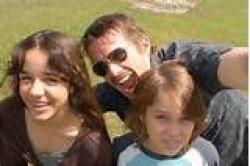 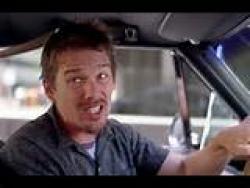 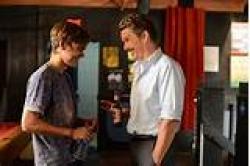 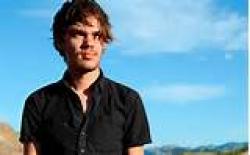