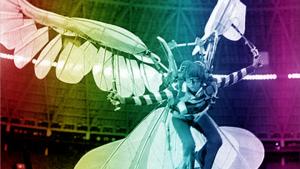 It’s telling that Altman made this film after his big hit with M*A*S*H  gave him box office clout for the first time in a, what was by then, long-ish career. As a 45 year old ‘wunderkind’ he suddenly had all the major studios lining up with their chequebooks and any project he could entertain would have been his for the asking, only to have him deliver to MGM the offbeat satire that is Brewtser McCloud.  Altman went on to a stellar career but that would not have been on the cards after the public rejected this film out-right and it has become little more than an overlooked and under appreciated footnote in a long and singular career.

The 1960’s was the decade of the counter culture, sticking it to the ‘man’ was de-riguer and Altman, of the generation of the ‘enemy’ must have felt  re-energised as his M*A*S*H  is one of the signal markers of the counter culture and a vibrant, intelligent satire. Where that film tapped into the Vietnam issue and played out in that socio-political maelstrom, Brewster McCloud was afforded no such luxury, even though it’s irreverance for American ‘norms’ and it’s deflating of conventions is equally caustic. Top of the list for the hippie generation was the idea of freaks versus straights, of ‘real’ versus ‘fake’. At the heart of Brewster McCloud  is the question, ‘what if the American dream is fake’?

Altman starts and ends the piece with elaborate visual jokes. The opening credits are re-taken on the run, an envelope pusher that shows Altman, along with all the great young American directors of the time, was touched by Godard and the nouvelle vague. He’s telling us it’s a movie from the get go, it’s showbiz, and if you’ve missed the point he tells us again at the end with his ’it’s a Barnum and Bailey world’ routine. He also starts with under cutting the social ritual of the national anthem at a sports game, and goes on to prick the rituals of marriage and funerals along the way, in other words the conventions and the fabric that holds society together. Altman contrasts our human rituals and ‘pecking order’ with that of the idealised natural world of birds, and has a remarkable linking narrative delivered by Rene Auberjonois as a professor of ornithology.

Brewster (Bud Cort) is first seen as a lackey of ‘the man’, driving a grotesque Mr Wright (Stacey Keach) around as he extracts his money from little old ladies at nursing homes. There are many conceits through the film and Keach being the brother of Orville and Wilbur Wright is but one, leading us to see why Brewster made the association in the first place. When Keach turns on his employee Brewster retreats to his secret basement home at the Houston Astrodome, replete with anatomical drawings of wings and a raven. A mysterious blonde appears (Sally Kellerman) and it seems she’s aiding Brewster in a quest to escape the earthly confines and take flight. Not the fake machine flight of the Wright brothers, but real flight, generated by man alone, and thus to achive real freedom. Kellerman is the voice that tells Brewster the world of man can’t be trusted and to stay focused on his dream, her lullaby rendition of ‘rock-a-bye baby’ to Brewster is an early portent of tragedy.

Altman weaves a detective story through the narrative, deflating archetypes in the process via the ‘perfect’ cop from San Francisco, played straight by Michael Murphy. The device enables Altman to prod at police corruption, and to pillory the bureaucracy ‘pecking order’ with William Windom’s character forever going on about ‘important people’ wanting to meet Murphy. The cops are getting nowhere as Shelly Duvall comes into frame, tempting Brewster in earthly ways. Duvall finds exactly the right tone for her waif, not easy since she’s a hot rod racing driver as well as an innocent/naive Eve figure. Altman throws in a car chase, which in a post-Bullitt Hollywood owes more the the Keystone Kops than McQueen, showbiz again. Brewster takes a bite of the apple and, true to Kellerman’s words, the world betrays him and he’s forced to make his escape.

The final sequence is a thing of beauty, mainly due to the remarkable set of wings designed for Brewster, he takes off and looks magnificent in full flight. Society, when faced with something that threatens it’s strictures, has no choice but to destroy it. This dream is shot down in the sacred, secular birdcage of the Astrodome where the sky, beyond reach, remains an illusion and Icarus fails once more. Altman went on to greater triumphs, and many noble failures but always insisted this was his favourite, maybe when he looked back just maybe he was singing to himself, "it’s a Barnum and Bailey world, just as phoney as it could be"… 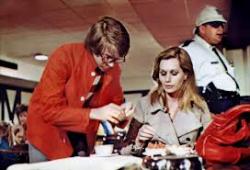 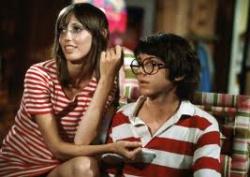