Stephen Spielberg and Robert De Niro had both worked for a time on Cape Fear, a mooted remake of a 1962 Robert Mitchum and Gregory Peck film, but Spielberg decided the modernistic violent tone would not suit him and he bowed out. Spielberg stayed on as an uncredited produced after he essentially traded the property to Martin Scorsese in return for the film rights to Australian author Thomas Keneally’s holocaust novel, Schindler’s Ark. De Niro further pressed Scorsese to take on Cape Fear, hot on the heels of the white hot success of their Goodfellas collaboration, and upon reflection Scorsese felt he could turn in an homage to Hitchcock and the classic thriller films of his youth. The fact that Scorsese also owed Universal another picture after his deal with The Last Temptation of Christ led him to take on the atypical project.

The film opens firmly in Hitchcock territory, with a stunning Saul Bass title sequence underpinned by a Bernard Herrmann score, albeit the original music re-orchestrated by Elmer Bernstein. Scorsese hired brilliant cinematographer Freddie Francis to shoot the work, The Innocents and The Elephant Man were two of his black and white masterpieces, and he recently had won an Oscar for Zwick’s Civil War colour film, Glory.

Max Cady (Robert De Niro) is an ex-con who arrives in the town of the lawyer who had unsuccessfully defended him in his rape trial, Sam Bowden (Nick Nolte). Cady begins a campaign of harassment against Sam and his family, revenge for Sam failing to table a report during the trial that would have lessened the severity of the verdict. Cady keeps within the letter of the law in his disruptive behaviour, creating tension between Sam and his wife Leigh (Jessica Lange) and reheating old wounds about Sam’s infidelities. Soon Cady is targeting their vulnerable teenage daughter Danielle (Juliette Lewis) and the family is fighting for its life.

Scorsese wisely adopts a larger than life, almost comic book approach to the piece, rather than a proto-realist take, unlocking a surreal and disturbing psychological underbelly. Scorsese favours a garish colour scale and overblown and exaggerated elements, from De Niro’s accent and speech to the violence and symbolism of the final storm. De Niro provides the strength and spine of the film, delivering one of his most committed and muscular performances as the driven criminal, part Big Bad Wolf and part Walker, the relentless and steely-eyed protagonist in Boorman’s Point Blank. Cady is played as an avenging angel, and Scorsese opens with a quote from the Bible and closes with Cady speaking in tongues! Subtle this ain't. “God tested his faith and took away everything he had” Cady explains, and he determines to do the same for Sam.

The script was knocked into shape by Wesley Strick, who “de-Spielberged” the existing script, allowing Scorsese to crank up the dark symbolism. Cady has convinced himself of the righteousness of his cause, seeing in Sam’s action, “moral turpitude”, and relentlessly educates himself whilst in prison, ironically receiving the education denied to him previously. Cady becomes a paradoxical figure, like a cross between a brutish and buffoonish wrestler and an effete intellectual. Cady qualified as a lawyer, and built his body into a weapon of some power, affording him the darkly hilarious boast (to a secretly cowering Sam) “I can out philosophise you”! Cady quotes intellectual writers like Henry Miller to Danielle, and his brutal masculinity awakens a dormant sexual impulse in Leigh, highlighting the lack of passion in her marriage and adding a confusing layer of sexual competition with Danielle.

Scorsese has tremendous fun with the piece, and whist its violence is not for the squeamish he pushes the surreal aspects and the melodrama to entertaining effect. Robert Mitchum, the original Max Cady in the 1962 version, joins in the fun in a cameo as a cop, declaring upon seeing Cady’s elaborate tattoos, “I don’t know whether to arrest him or read him”. Gregory Peck also joins in to complete the set, having been the original Sam, and his white suited southern lawyer is obviously a nod to his immortal lawyer, Atticus Finch in To Kill a Mockingbird.  The issue of the fine line between legal and moral imperatives is one that provides a dark, satiric undertone to the film, but Scorsese never hammers the point.

Cape Fear certainly does not represent a Scorsese auteur piece, it’s more an exercise in filmmaking and of creating pure entertainment, but it should not be dismissed as sub par Scorsese as a result. Robert De Niro is mesmerising as Cady, and his characterisation of the brooding psychopath is reason enough to treasure the film as a worthy way to pass the time. Scorsese would get back to a project closer to his artistic heart with his next film, a total palette cleanser in comparison to Cape Fear, the stylish period piece and one of his finest films, The Age of Innocence.

Cape Fear remains a guilty pleasure for many Scorsese fans, full of flair and energy, and another incisive excursion into the darker side of humanity. 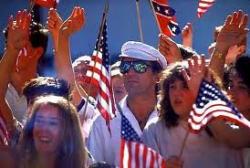 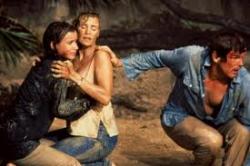