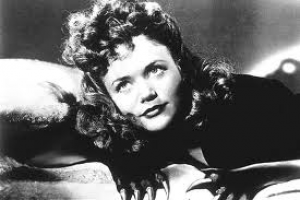 The cat that saved RKO

“Horror is the removal of masks.”   ~  Robert Bloch

Cat People  exists as a direct result of the commercial favour of wunderkind Orson Welles at RKO. The studio quickly fell out of love with their star signing after the debacle and scandal of Citizen Kane,  and it's new management quickly took the follow up film out of his hands and instituted a 'no genius' policy, signalling a return to basic entertainment values. RKO boss Charles Koerner looked enviably at the returns Universal's horror films were generating and decided upon establishing a low budget unit at RKO to do the same, headed by producer Val Lewton. Lewton's parameters were starkly simple, he was given a raft of titles and $150k per film, roughly a quarter of an 'A' list budget at the time.

Lewton was an educated and literate man of European decent, he took Cat People  as the title of his first production and then had a script written by Dewitt Bodeen that incorporated old European folk myths. As necessity was the mother of invention he recycled existing sets to save money and resolved to create more psychological terror than overt visual horror, to suggest rather than show, and in this way he kept his films within budget and helped make a much more interesting and rich canvas on which to paint.

Irena (Simone Simon) is a fashion designer, a recent immigrant from Serbia she is essentially friendless in New York until Oliver (Kent Smith) strikes up a conversation at Central Park Zoo. Oliver falls in love with her and they marry, but her psychological problems prevent sexual intimacy and he sends her off for medical help to Dr Judd (Tom Conway). Oliver is eventually estranged from the seemingly neurotic Irena and his increasing attachment to his co-worker Alice (Jane Randolph) makes Irena jealous and puts Alice on her guard as strange events start to happen around her. Dr Judd is soon in love with the mysterious Irena, and begins to take more seriously her claims that she can't control events if she's sexually aroused. The problem stems from her belief that she may be descended from 'cat people', an ancient mythical Serbian folk tale of people changing shape into dangerous creatures. Oliver and Alice find themselves in jeopardy and battling against belief and shadows, wondering what is real and what is not.

Lewton was also shrewd enough to know that, as ever, selling sex is a sure way to make a buck. Bodeen and Lewton played up the sexual component in each of the stories in a way that underscored the prurient interest of a sexually repressed audience in the Hays Code era. At the time anything to do directly with sex, like showing actual (fake) blood, could only be implied not shown, as any graphic depiction was impossible. This also led writers and directors to find creative ways around the code, and the allusion to animal sexuality in Cat People  is the key to film. Irena feels that sex will turn her into a rampaging big cat, in turn throwing back at the male the Freudian fear of emasculation, tying this notion to legitimate folk myths was a way of subverting the code and taking the artistic high ground at the same time. One should remember that a big reason for the success of European 'art' films in the USA particularly in the 1960's, but also Britain and the Commonwealth was their showing of explicit nudity. So much for art.

Lewton employed Frenchman Jacques Tourneur, who had spent his adolescence in America, to direct the first of these horror pictures in Cat People,  and found in him a moody, expressionistic and European sensibility that avoided stock horror clichés. It was the perfect match for Lewton's ambitions, and added a dimension that expanded the audiences appreciation of what a horror film could be. Tourneur cast the startlingly feline looking Simone Simon in the lead, notable for her role in Renoir's brilliant La Bête Humaine  in France, but she never really found her feline feet in the States. The other members of the cast are solid and workmanlike, but as with the other films in the cycle it's not about the actors. Like Hitchcock, Tourneur also understood this and could set up for mood and pace to create an ambience that approximates reality but deliberately delivers a stylised interpretation of it at the same time.

Film Noir buff Paul Schrader remade the film in the early '80s, updating its level of explicit sex but not really improving on the semi-surreal tones and dark moods of the original. Lewton and Tourneur collaborated on two more of the seven picture cycle, but this one was the bedrock upon which all the others were based. Cat People  was an enormous hit for RKO and probably saved them from going under after it made back $4 million in quick time. The 'no genius' rule might have paid off, but it could also be argued that Lewton was a modest genius who was simply not recognised. A stylish film, and great fun. 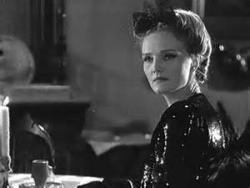 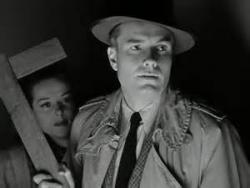 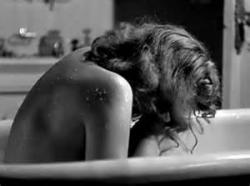 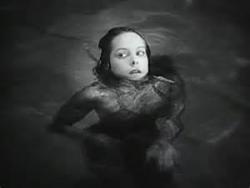 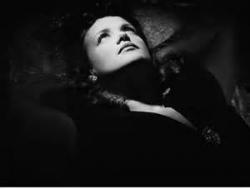