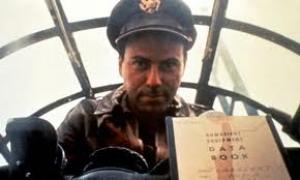 Joseph Heller’s archly satiric novel about the folly of war got the full cinematic treatment at the hands of Mike Nichols in 1969, and stands as a fine, if somewhat uneven example of innovative and imaginative filmmaking in what was a supremely fertile era for American cinema. Nichols assembled a wonderful cast of talented young actors to tackle the ensemble roles of WWII airmen trying to survive the war in Italy, led by Alan Arkin and featuring Martin Sheen, Jon Voigt, Richard Benjamin, Charles Grodin, Bob Balaban and remarkably, Art Garfunkel. Seasoned veterans Martin Balsam and Anthony Perkins filled out the cast, as did comic Bob Newhart and screen legends Orson Welles and Marcel Dalio in fine cameos. Nichols utilised his The Graduate screenwriter Buck Henry to fashion the screenplay, which resonated with audiences still coming to terms with the escalation of American involvement in the Vietnam War.

Captain Yossarian (Alan Arkin) a bombardier in an American B-25 is desperately trying to find a way out of flying more missions as the allies push deeper into Italy. Convinced, not unreasonably, that “someone is trying to kill me”, he’s concerned that his superior officer keeps raising the mandatory number of missions that airmen must fly, and the law of averages simply means his number will eventually be up. The squadron Doctor (Jack Gilford) is sympathetic, but explains to Yossarian the ‘catch’ that keeps him flying, the eponymous Catch-22. The essence of the catch is its circular reasoning, i.e. To fly these missions, where the odds are so stacked against survival a man must be crazy, and would therefore not be fit to fly and should be grounded, but if he recognises the madness inherent in the situation he must therefore be sane, and must continue flying. Yossarian tries to reconcile the institutionalised stupidity that he confronts every day as his comrades struggle to fill their time between missions with all kinds of schemes and distractions.

Heller served in Italy as an airman during WWII, and so had an authentic base upon which to stitch his satiric tapestry when he wrote it in the late ‘50’s, intending it as a commentary on the Cold War era. Nichols and Henry spent two years updating the piece in the late ‘60’s to fit the counter culture climate and its uneasy relationship with the Nixon administration’s escalation of the Vietnam conflict. The mercurial and elusive prose that Heller created did not lend itself to a literal translation, so comparisons to the book are pointless, but as with writers like Vonnegut or even Nabokov, good films can still be extracted from difficult literary sources where the book is well represented and not traduced in the process. Nichols provides an episodic and engaging tapestry of quirky and provocative vignettes, ranging freely over political and social issues, and also recognising the thin dividing line between capitalist exploitation and fascist control.

Heller makes some telling observations on the ability of men to profiteer, oblivious to other human’s grief and suffering. When one of the young airman is killed the uber-capitalist Milo Minderbinder (Jon Voight) merely comments “Nately was a victim of economic pressures, supply and demand”. Milo establishes a company to exploit commodities, even taking the morphine out of the planes medical kits and leaving a share note in M and M Enterprises in its place. M and M negotiate a deal with the Germans that requires the Americans to bomb their own base, a stunning visual sequence that Milo orchestrates, and when challenged on the logic he retorts “A contract is a contract, it’s what we’re fighting for”! Milo seamlessly progresses from capitalist war profiteer to black-shirted fascist in short order.

The horror of war is distilled beautifully to a small and savage incident involving Captain Aardvark (Charles Grodin), who murders a young prostitute, tossing her away like garbage out a window. Yossarian is appalled at the patrician arrogance that Aardvark exhibits, assuming he’ll get away with it because of his superior social status, and declares (in the middle of WWII) “You can’t take the life of another human and get away with it”! The irony drips to the point of gushing. French veteran Marcel Dalio (The Rules of the Game, Casablanca) provides the pragmatic centrepiece with a soliloquy directed at Nately (Art Garfunkel), where he tells him of the benefits of persistence. He tells the young man that he was fiercely pro-fascist when the fascists ruled, and now he is passionately anti-fascist and pro-capitalist with the Americans in occupation, but eventually the invaders leave and life goes on, and women still need to be made love to.

Mike Nichols survived the critical and commercial mauling that the failure of Catch-22 represented, its charms escaping the contemporary audiences who embraced Altman’s M*A*S*H  instead, one satiric war ‘comedy’ seemingly being the yearly ration. Nichols had a deep background in theatre, and even though his next film, The Day of the Dolphin also flopped he came back in later years with hits like Silkwood, Working Girl and Primary Colours. Catch-22 has aged better in many ways than other pieces from the era, and its surreal edge and sardonic eye and visual sophistication more than compensates for the bumpy ride. Well worth another look.

ps. Every Paul Simon fan knows the story of the exquisite The Only Living Boy in New York, and it owes its existence to Catch-22. Simon wrote it as tuneful permission for Art to take time to “fly down to Mexico”, leaving him solo during the sessions for what would be their last album together, Bridge Over Troubled Waters. The ‘Tom’ in the song is a reference to their first musical incarnation as high school teens, Tom and Jerry, and even though Simon felt somewhat abandoned he encouraged Art to pursue his acting, hence “I know your part’ll go fine”. 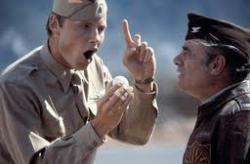