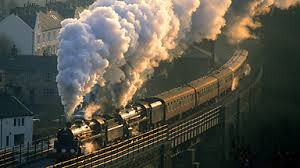 Caught on a Train

Stephen Poliakoff’s BAFTA winning television film had a depth and a complexity which belied the youth of its creator and marked the early cries of a powerful, original voice within British drama.

Heading to Linz for a book fair, the Oxbridge-educated protagonist Peter (Michael Kitchen) begins a trans-European trip which will test his endurance and patience to the limit.

Initially things start well for him as he boards the Ostend to Vienna express and immediately meets a beautiful American woman Lorraine (Wendy Raebeck), who is keen to exclusively share a train compartment. Their initial strategies at discouraging others from entering their compartment seem to work until Peter’s antagonist appears – Frau Messner, (Peggy Ashcroft).   Dressed in furs and accompanied by a servile train guard, she instantly appears the spoiled, wealthy, German aristocrat fallen on hard times. In Messner, Ashcroft creates an irascible, didactic character whose solipsistic tendencies are matched only by her ability to bend almost everyone to her whim.

From this early point of Peter’s journey things began to unravel with Messner instigating, possibly innocently, a whole series of misdemeanours which embroil Peter: from nearly missing his train, to being thrown out of the dining car, to becoming stranded at Frankfurt station. These imbroglios culminate with Peter woken in the middle of the night and dragged from the train by German guards.

The film skilfully flits between comedy and drama with neither being signposted and each feeling wholly part of the natural progression of the narrative.

In the end the film is less about the disasters which befall Peter and more about his relationship with Messner, as each character jockeys for power over the other, eliciting our sympathies and repulsion during the process.

The two leads turn in powerhouse performances, possibly the finest of their respective careers. Ashcroft may have been the flashier but for Kitchen to craft such a complex creation as Peter out of rather simple material, marked him as one of the finest actors of his generation. Notoriously media-shy he has spent most of his career within television and exemplary as his work has been, his relative absence from the big screen is certainly cinema’s loss. To get a sense of his talent, one only has to view a brief moment within a single scene in Caught on a Train. After Peter’s initial meeting with Messner, she plays upon her age and frailty and asks if he will go and buy some magazines from a vendor. It will mean leaving the train (which is still stationary at Ostend) and Peter has no intention of doing so. Consequently, he begins to equivocate and invent various excuses as to why he shouldn’t. Messner bats each of these away (‘It is only a short distance, you won’t even have to run’) and when it looks like he will have no choice but to acquiesce, a station guard’s whistle is heard. Peter believes he is saved from the task because the whistle indicates the train is about to leave. However, just before he can inform Messner another passenger states that the whistle isn’t for their train much to the chagrin of Peter. The moment lasts barely a second and yet within this screen-time Kitchen displays relief, then triumph, then fury. The complexity and skill in conveying so much in an instant, reveals a major talent at work.

After creating such a note-perfect piece, Poliakoff would fluctuate between cinema, the stage and TV. The latter would provide his most natural home and it was where he created the majority of his most satisfying works: Shooting the Past, Close My Eyes and The Lost Prince. He has regularly been outspoken in his criticism of the BBC for the paucity of its scheduling and support for televisual drama. Watching Caught on a Train today and knowing that work of this standard was being regularly produced for TV in 1980 alongside heavyweights such as Alan Clarke and Dennis Potter, it is hard to disagree. 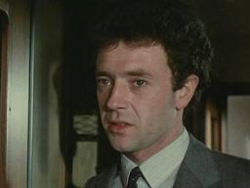 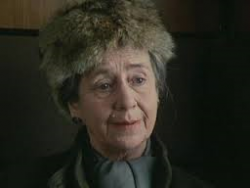 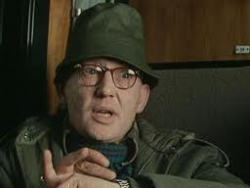 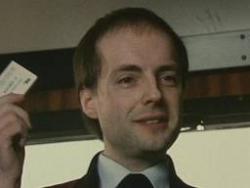