At or near the first flowering of the cinematic miracle that constituted the French Nouvelle Vague, Agnès Varda stepped us to represent the distaff side of the equation, with the exceedingly wondrous ‘Cléo from 5 to 7.’ Varda's first film pre-dated the explosion of the New Wave by several years, and she became associated with the Rive Gauche (Left Bank) school of filmmakers, which included Jacques Demy (her husband from 1962 until his death) and Alain Renais. The Left Bank scene-sters constitute a link between the classic-era French directors like Carne and Renoir, and the New Wave, with figures suck as Chris Marker, Louis Malle and Jean-Pierre Melville being reckoned as amongst their number. Nevertheless, it was on the back of the Nouvelle Vague that Varda came to attention, and no less than Jean-Luc Godard himself anointed her by appearing in a cameo in 'Cléo ' as a silent film actor.

Agnès Varda used a small team and shot on location in Paris, offering a beguiling and iconic view of the city, albeit one tinged with a sombre, expectant pall. Varda comments on the duality of the feminine, via her central character, a beautiful and narcissistic singer who is waiting on test results from her doctor, and fears the worst. Corrine Marchand steps into the title role, and Varda sets up a ‘High Noon’ scenario where the film essentially plays out in real time and every clock in every scene therefore has to reflect that ‘reality’. Antoine Boursellier, the father of Varda's first child, plays the soldier on leave, as Varda embraced a neo-realist ethic by shooting in the streets and using non-actors in supporting roles.

Cléo (Corrine Marchand) is a successful pop singer, she is waiting on test results from her doctor later that day, and decides to see a clairvoyant. The Tarot cards spell doom and Cléo 's superstitious nature becomes heightened by the reader's reaction. Cléo takes coffee with her Assistant and tries to distract herself by shopping for a hat, but can't take her mind off her fear of being diagnosed with cancer. She rehearses with her musical director Bob (Michel Legrande) but becomes unhappy and storms out. She meets her model girlfriend before walking alone in a park and striking up a conversation with a soldier on his last hours of leave. The Soldier (Antoine Boursellier) talks her into letting him accompany her to the doctors for the result.

Varda divides the film neatly into two parts. The first concentrates on the self-centred diva character, the spoilt star who can't believe her luck can turn bad. Cléo has the world at her feet, great beauty and fame, but that section ends after she sings a stunning torch song, before casting off that character and stripping herself back, literally and symbolically and stepping out into the real world. The song mentions 'a corpse in a crystal bier', and in a way that Cléo was a good looking corpse, hollow and dying inside. Cléo throws off the showbiz blonde wig and the gaudy dress, stripping back to basic black and her real hair as she burns her back on the suffocating and false theatrical world. The second part is one of community and perspective. Cléo finds a cafe she used to frequent; contemplating her youth even as her mortality is threatened, eavesdropping on the everyday conversations of normal Parisians. It is from this earthy and grounded environment that she finds a glimmer of hope.

Varda makes some strong feminist points throughout, particularly with the feisty and independent women a character like Cléo is challenged by. If Cleo represents a male wet dream, fairy princess, then Varda is keen to fracture the fairy tale by introducing a butch female taxi driver, and a no nonsense nude model. Cléo is then the Princess who walks amongst the common folk, and true to script, she finds her Prince Charming. In a bittersweet touch, he has his own fear of death to contend with, returning to the front in the then topical Algerian conflict. The politics of French colonialism is never far from the surface of most major French films of the time, and Varda makes her points with the lightest of touch, avoiding the didactics of others like Godard.

Marchand carries the film magnificently, ably supported by several key collaborators, particularly Dorothée Blanc as the free spirited model, who points up Cléo's own shortcomings. The vacuous and dead world that surrounds Cléo is stultifying and empty, as she is constantly checking her reflection in the mirror, until a mirror symbolically shatters. Cléo must get beyond her limiting superstitions, and Dorothée dismisses the old wives tales about broken mirrors and simply tells Cléo to get on with living. Cléo's lovely connection with the slightly askew Soldier is the shot at redemption she needs, and no matter what the diagnosis we feel she will be able to deal with the future, whatever cards are dealt.

Varda uses the arch romanticist Michel Legrand to score the film, a famous collaborator of her husbands on his gorgeous musicals like 'The Umbrellas of Cherbourg'. In Varda's hands the score comes off as ironic in places, and she shows an ability to use it against the text when needed in surreal counterpoint to the emotions she's showing on screen. The song 'Without Him' is a standout, melodramatic and typically overblown, presenting the woman as a pure reflection of men's desire and nothing else. 'Cléo can ultimately find no worth in herself while she's consigned to the status of trophy-Barbie doll.

'Cléo from 5 to 7' remains a high point of early '60's French cinema. Agnès Varda never really went on to capitalise on it's success, working in other artistic pursuits, and never straying far from her cinema verite or documentarian roots. The film remains essential cinema under any reckoning, a gleaming gem in the crown of the Nouvelle Vague.

* The DVD short also reveals one of the most important lessons any artist can learn. Varda tells of how she filmed the final scene and nobody noticed the camera tracking rails entered the frame at the end of the shot, as the couple walked along the path. She talked the producer into a re-shoot a couple of months later, but was unable to capture the magic of the take from the original. She left the original take in, and not one person complained or even noticed. It's almost impossible to re-create the quicksilver sparks required to make great art work, if you get it, hold on to it, no matter the imperfections. 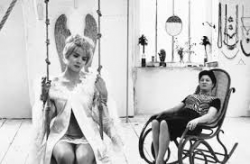 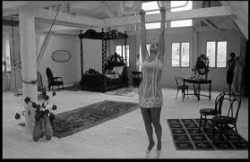 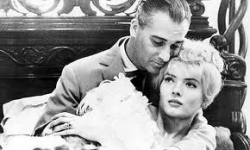 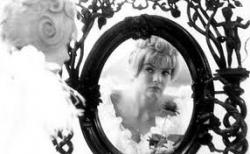 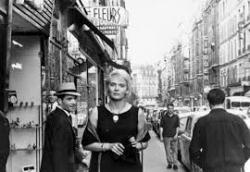 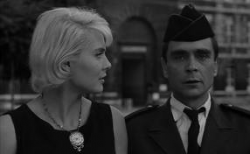