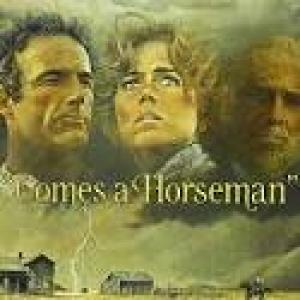 'I am oblique; I think that has to do with my own nature. I like trying to do things which work on many levels, because I think it is terribly important to give an audience a lot of things they might not get as well as those they will, so that finally the film does take on a texture and is not just simplistic communication.'
~ Alan J. Pakula

Alan J. Pakula continued his streak of hit movies during the 1970s American Renaissance – Movie Brat era, even if like Pollack, Altman and Penn, he actually belonged to the generation before. He successfully moved from being Robert Mulligan’s producer to being an A-list director in his own right in 1969 before he embarked on the brilliant run of features in Klute, The Parallax View and All The President’s Men. He took a turn away from the paranoid political themes of that trio of films and immersed himself in the most traditional of Americans forms, the Western, but with a twist of course. Pakula roped his Klute star Jane Fonda into starring as the against-type rancher and coaxed top-flight performances from co-stars James Caan and Jason Robards.

Ella Connors (Jane Fonda) is a stubborn and struggling cattle rancher, battling the elements and her rapacious neighbour J. W. Ewing (Jason Robards) in trying to keep her slice of the Colorado wilderness. She sells a portion of her land off to Frank (James Caan), a recovering WWII G. I. who wants to try his hand at cattle ranching, but who quickly falls afoul of Ewing’s schemes. Soon the two ranchers are thrown together, aligned in trying to survive the challenges of the environment and Ewing’s intentions as events come to a head.

The era of the American Renaissance, or New Hollywood, ran roughly from 1967 to 1980 and proved ideal for a director with the ambitions and touch of Pakula and the period coincided with his best films as a director. The era was ripe for reinvention of old tropes, and just as Klute redefined the detective thriller and Parallax View took the political thriller into new territory, Comes A Horseman proved to be a different kind of western. Pakula is not a revisionist western in the way he doesn’t address the plight of the dispossessed American native population, given the period setting is the 1940s, and the film feels like a modern version of the classic range wars-land grab western, albeit more nuanced and meditative.

It’s also a rare look at a strong female character in this setting. While there were a handful of classic westerns with headstrong female leads, like Ray’s Johnny Guitar, Mann’s The Furies and Fuller’s Forty Guns, with Joan Crawford and Barbara Stanwyck respectively, they weren’t as vulnerable as Fonda’s Ella. Pakula lays the whole show on Ella’s central struggle, and Fonda is more than capable of carrying the load, caught between two men with different motivations in their dealings with her. Ella is nothing if not dogged in overcoming everything life has to throw at her, mistrustful of men and with good reason. Fonda invests every fibre of her being into the character and creates one of her most layered and memorable screen performances in doing so.

Though the film is set when women were having to do traditionally masculine jobs, given the labour shortage wrought by WWII, it is in many ways a prefiguring character study driven by Second Wave Feminism, which was colouring political and social thought at the time of the film’s production. The original script was by Dennis Lynton Clark and it is rendered as much as a tone poem by Pakula rather than a conventional action western, gloriously shot by ace cinematographer Gordon Willis and scored equally well by Michael Small, with sweet small ensemble pieces and larger orchestral sections. The mood didn’t resonate with some critics who were looking for more excitement in a post Wild Bunch era.

Comes A Horseman is an atmospheric, languid piece and Pakula continually demonstrated his mastery of creating mood and feeling with stillness and ambiguity. As in his best work his villains are not all bad and his heroes are not all good, and the tension exists in the places in between. These people identify land with security and certainty, with a reason to live and both Ella and Ewing are effectively acting from the same motivation of an existentialist threat to their central purpose. These subtleties make this a western to be savoured slowly, and the almost European tone certainly made its reception a mixed one with some critics and with the public.

Fonda dominates proceedings, but the cast is uniformly fine – Robards is mesmerizing as the darkly driven Ewing and Caan is solid as the well-intentioned ex-GI trying to carve out a place of his own in the empty wilderness. In this regard the land is a blank canvas on which the characters can paint a future, where they will come and go just as surely as the native population before them from which the land was taken. Richard Farnsworth is a stand-out in the supporting cast as the grizzled ranch hand who is reaching the end of his working life and he received a richly deserved Oscar nomination for his work.

Comes A Horseman set the ground in some ways for Michael Cimino’s wildly ambitious Heaven’s Gate, which addressed range wars of an earlier era and attempted to do so in a considered, European style that flummoxed audiences and sank beneath the weight of its own controversial production issues and poor casting. Unlike Heaven’s Gate, Comes a Horseman did not bankrupt United Artists and it did respectable but not boffo business. Pakula proved that a smart, atmospheric small-scale drama could play beautifully in the vast expanses of the American West. He would attempt a sideways jump into comedy and trip up on Kris Kristofferson’s acting limitations (which hadn’t helped Cimino either) in Rollover (even Fonda couldn’t save it) before thundering back to form with Sophie’s Choice. He remains an American director to admire and his best work is still essential cinema. 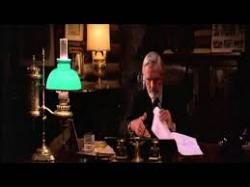 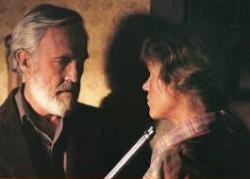 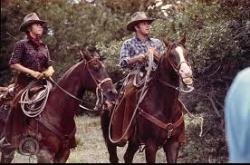