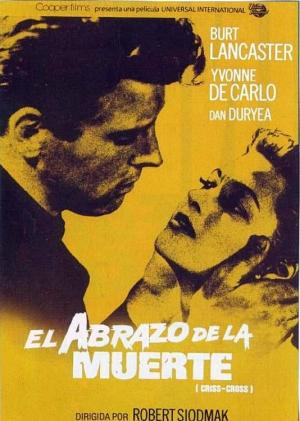 Siodmak tale from the dark side

"I developed a technique to get my own way about scripts. You see, if you refuse scripts too often or argue, straight away you get the reputation of being difficult; so, instead, when I was offered a script which I thought had a basically good idea, however mishandled, I would say, “Yes, fine, of course I’ll do it,” and then sit back while preparations went ahead. Then about a week before shooting was due to begin I’d go to the producer and say, “Look, this is a wonderful script, but there is just one little point…” and suggest a small but vital alteration. This would always be accepted, if only to keep the peace, and then of course other things would have to be altered to fit in with it, and gradually the thing would start coming to pieces at the seams. By the time we started shooting everything would be so confused that I began with no set script at all, and could do as I liked, which was the way I wanted it."  ~ Robert Siodmak

Robert Siodmak was born Dresden in Germany (but faked his birthplace as Tennessee to get into the US before WWII) and was a master of mood and atmosphere, one of the true master craftsman of the Hollywood studio system, working first for Universal for several years, before working independently for most of the other majors. Like most of the ex-pat Germans who reached Hollywood in the late 1930's, Siodmak understood expressionist visual language and that contributed greatly to his many dark shaded tales that would eventually be termed Film Noir. With Criss Cross, Siodmak and Burt Lancaster teamed up a second time for producer Mark Hellinger after the success of their first venture together 3 years earlier, Lancaster’s first film and a top-shelf Noir, The Killers.

Lancaster was a star from that debut and after making his first two films with Hellinger he made several elsewhere, but unfortunately Hellinger died shortly before filming of Criss Cross commenced so this was their last project. Siodmak and screenwriter Daniel Fuchs changed some of the detail of Hellinger's proposed racetrack heist, and substituted an armoured car job, leaving the field clear for Kubrick to be the first to use the scenario to stunning effect in The Killing several years later. Siodmak and Fuchs play up the similarity to The Killers by making Lancaster a man caught in a spiral of deceit and double cross, a fatalistic figure unable to break free of his connection to a 'bad' woman.

Steve Thompson (Burt Lancaster) is plotting with Anna (Yvonne De Carlo) to leave together, taking her away from Slim (Dan Duryea) her abusive husband and a small time gangster. Eventually Slim discovers that the two are seeing each other and Steve quickly concocts a cover story, that he was seeing Anna to propose a heist to Slim, giving him details of the armoured car company he works for, and offering to be an 'inside man' on the job. Slim falls for it and an elaborate heist is planned, Steve knows he must go through with it, but will double cross Slim and use the loot to escape after all with Anna in tow. Steve's family knows Anna is no good for him, and in his younger brother (played by Richard Long) Steve sees a 'normal' future, one that will probably be denied to him.

“From the start it all went one way”, is the portentous voiceover that Steve provides as Siodmak shows us the build up to the classic heist sequence. Siodmak applies a fatalism worthy of Marcel Carné or Julien Duvivier in his handling of the subject, one which John Huston would embrace in his Noir, The Asphalt Jungle in 1950. As in The Killers, Siodmak again uses the time honoured noir technique of the flashback, and this time it's a circular one that leads us back to the start. The effect that this structure creates is one of an animal pacing around in a cage, at once going in circles and going nowhere. Lancaster plays the brooding animal wonderfully, an extension of his dumb, brawny persona from the earlier film, never fully understanding the ramifications of the end game, but emotionally intuitive enough to see the dead end to where he’s headed. In post WWII America, the disillusioned and conflicted male was a trope that rang many bells with audiences keen to embrace a new realism, and a recognition that times had changed. Of course cheap criminals looking for an easy ‘big score’ never seems to go out of fashion, but here Siodmak weaves his magic around the human cost involved in the twisted dreams and schemes.

Franz Planer, another film figure who fled from Germany in the 1930's,  provides the stunning expressionistic cinematography, full of noir tropes and devices, even managing to make a sunny Los  Angeles look brooding and threatening. Planer was nominated for 5 Academy Awards during his career and other notable films were William Wyler's charming Roman Holiday and Blake Edwards' Breakfast at Tiffany's. Siodmak is expert at creating moods, and his ability to sustain the tension during the planning phase of the robbery is second to none. He's aided by a fine central performance from Lancaster, capturing something of the existentialist malaise of post war America and perfectly playing the decent-though-doomed guy who can't get the femme fatale out of his system, “He's still got her in his bones”. Yvonne De Carlo is excellent as Anna, and plays her duplicity so well you're never sure where her affections truly reside. Dan Duryea is as ever very reliable and very fine, and if there is an actor perpetually slated to have the word 'underrated' follow his name, it's him.

Criss Cross is like many great Film Noir's, more than the sum of its parts. A great set up, a superbly filmed heist sequence, great location shooting and the requisite 'star crossed' lover scenario is putty in the hands of so sure a director as Siodmak, himself overlooked and underrated in the scheme of things. A modest production that looked like a pot boiler on first impressions is at heart a tough and gritty story of betrayal and obsession, composed and contributed to by artists within a strict production line system, but all rising above those limitations to provide something solid and engaging. There is enough invention, style and artistry in theses frames to put many modern 'by the numbers' films into the shade by comparison. 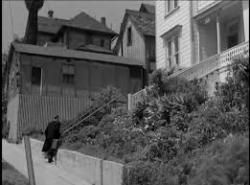 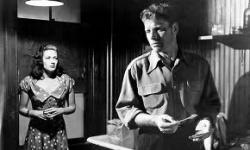 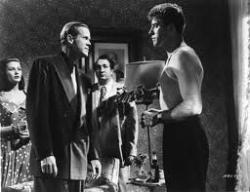 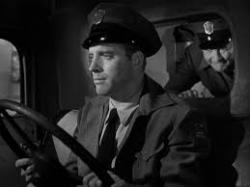 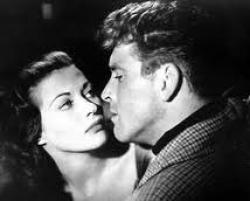 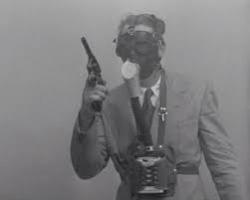