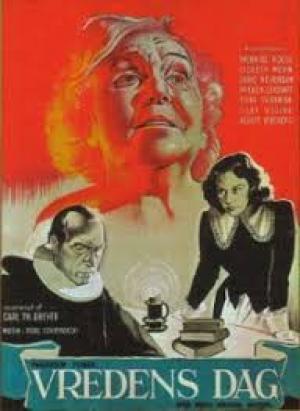 The Passion of Anne

“Nothing in the world can be compared to the human face. It is a land one can never tire of exploring. There is no greater experience in a studio than to witness the expression of a sensitive face under the mysterious power of inspiration. To see it animated from inside, and turning into poetry.”
~ Carl Theodor Dreyer

Carl Theodor Dreyer was a distinguished Danish filmmaker who left significant legacy via his major silent films and handful of sound films in the first half of the 20th century, indeed, his was a small but important and influential body of work that still resonates with cinema lovers of the 21st century. After an hiatus of several years following the failure of his 1931 film Vampyr, (which led to a nervous breakdown) Dreyer returned to cinema in 1942 with a considered, meticulous masterwork, Day of Wrath, a folk tale of medieval witches made under the Nazi occupation of Denmark in WWII. As with most Dreyer pieces there was much that could be read into the film, and although he claims it was unintended the powerful allegory of belief and oppression soon came to be seen as an act of resistance against the Germans and a call to fight fascism.

Anne (Lisbeth Movin) is the beautiful young wife of Absolon (Thorkild Roose), a much older pastor and she is frustrated by his remoteness and despised by his domineering mother (Sigrid Neiiendam). The pastor’s son Martin (Preben Lerorff Rye), returns home and an immediate attraction blossoms into an illicit affair that threatens the destruction of the whole family. Against this backdrop of deceit and passion Marte (Anna Svierkier), one of the women of the town, is accused of witchcraft and she begs Anne to save her from the flames. Absolon is involved in the questioning, torture and trial of Marte, who reveals a secret to Anne about her dead mother.

Every aspect of Day of Wrath is in harmony with the other - the performances, the sets, the lighting, the cinematography, the subject matter, all cohere to create a sum far greater than the whole, and unifying the entire piece, just as much as Dreyer’s razor sharp vision, is the stunning face of Lisbeth Morvin, haunting and unforgettable. Morvin was a stage actress and a fixture in Danish films between the 1940’s and 1960’s, even managing a late career cameo in the masterful Babette’s Feast, with Stephane Audran in 1987. Morvin is transfixing as the conflicted woman at once trying to come to terms with the passions within while dealing with the external restrictions of the patriarchal culture without. The religious domination of this society and the concomitant repression creates an atmosphere that is totalitarian in effect, which made the film resonate with audiences then under Nazi occupation, even if that was not the intention of Dreyer.

The impact of the film comes from its deep humanity and its investment in the woman’s dilemma, caught as she is in a web of oppression and powerless to fight back. Dreyer deliberately paces the film with a slowness that underlines its seriousness of purpose and uses the theatricality of the staging to heighten the emotions and passions. The stage born origins of the piece do not detract from the cinematic vision as Dreyer turns up the focus and intensity to give everyone a front row seat to the compelling fable.

Dreyer does not shy away from the eroticism at the heart of the woman’s feelings, a surprising aspect of a film made in 1942. Lisbeth is a sexual creature and Dreyer invests her encounters with Martin with an earthiness not apparent in the original play. Dreyer is able to convey the passions and fears and yet imbue the film with poetry and tenderness, uniquely able to keep all those elements in balance and harmony in service of the story. He was also able to evoke a level of visual poetry, aided by the wonderful and deliberate lens of cinematographer Karl Andersson, but mostly the poetry was found in the framing of Morvin’s face, in much the same way Dreyer had done with his silent masterpiece The Passion of Joan of Arc and the face of actress Renée Falconetti.

It may not have been consciously intended, as Dreyer was drawn to the source material for Day of Wrath, a play from the 1920’s, many years prior to its production, but it can’t have escaped his attention that making a film in 1942 about ‘naming names’ at point of torture, about the brutal enforcement of a repressive ideology, was a potentially provocative and subversive political statement. Maybe in the same way Marcel Carne missed the ‘beating heart’ point with his allegorical The Devil’s Envoys, made in France under the Nazi’s, Dreyer was too caught up in the artistry of the work to engage in the fairly obvious political overtones. Either way, once the resistance embraced it as a film of defiance Dreyer made a quick trip to Sweden, under the pretext of selling his film there, and wisely didn’t return to Denmark until after the war.

In the 21st century, when oppression still comes in many forms, a film examining a dominant culture that practices both overt and casual oppression remains relevant and entrancing. Women in this medieval culture suffer the vicissitudes of subjugation and casual belittling and dehumanising in a way that 21st century minorities might empathise with. Day of Wrath is a constant reminder that humans who profess to be following a higher calling, usually enforce their privilege in the basest possible ways, and that hypocrisy as a human trait is a river that runs very deep. 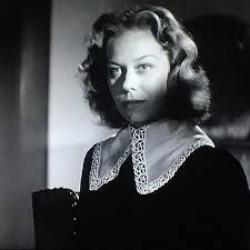 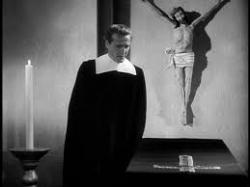 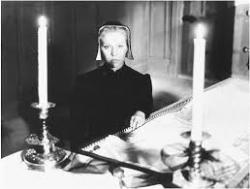 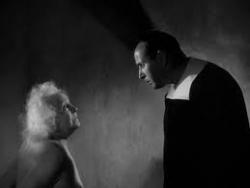 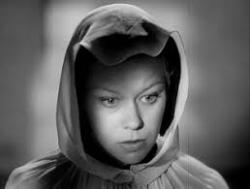 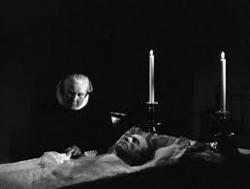