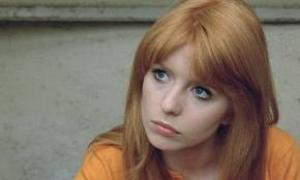 Pole dances in not so swinging London

Jerzy Skolimowski worked as an actor/writer/director for several years in Poland before he attracted wide praise as the screenwriter for Roman Polanski’s stunning debut, Knife in the Water. Skolimowski continued to work in Polish language films before making a Belgian produced, French language film with Truffaut favourite Jean Pierre Leaud. Shortly thereafter Skolimowski, like his fellow Pole Polanski, washed up on the shores of Swinging London in the late 1960’s, where he provided one of the finest films of the era with his second English language feature, Deep End. Sixties icon Jane Asher stars in a role that reminds us how very talented and under used she was. Asher had scored a hit with a small part in Alfie, with Michael Caine, but never progressed to the level of success she otherwise might have, possibly weighed down by the cultural baggage of being Paul McCartney’s girlfriend. The film essays the distance between a dreamy schoolboy and a pragmatic dolly bird, fed up with the sexual bullshit to which she’s constantly exposed to, and who has a few tricks of her own.

A tired London public bath house has seen better days, as 15 year old Mike (John Moulder Brown) gets a job as a room attendant, his first after leaving school. Sue (Jane Asher) is his slightly older and much more worldly co-worker, who encourages Mike to go along with the sexual games of the older women clients who bring their frustrations along with their towels, shampoo and tips. Sue’s manipulations soon have Mike confused and frustrated as he comes to terms with the fact she has a dullard for a boyfriend, and a perverted older lover. Mike tries to end her relationships, and her sometimes cruel manipulations of his affection, but not everything goes to plan, and it’s plain Mike is in over his head.

Skolimowski, as part of a co-production deal, filmed the majority of the action in West Germany, apart from some location work done in Soho, but the authentic feel of a drab and dreary London is undeniable. This serves to juxtapose the mores of the time, the so called liberated ‘swinging sixties’ with the banal reality of the sexual cluelessness of the young, far removed from the rock star ideal of endless, exciting and satisfying sex. The seediness and the neediness of the clients at the bath house fits right in with the faded, decaying ambience, even when Skolimowski plays it for black humour in a memorable cameo from Diana Dors. The ageing blonde bombshell provides a wonderful turn as a frustrated woman pulling Mike in close to her ample breast while she expounds on the soccer field exploits of George Best! “You can’t keep Georgie out”!

Skolimowski creates a nexus between the realism of the British New Wave of the early 1960’s and the visual poetry of contemporary European art house, which makes Deep End a schizophrenic experience as he dips in an out of a semi-surreal, dream component which rubs up against almost documentary sequences. Skolimowski makes the ordinary seem exotic, as typified by the scene where Mike and Sue flirt in the roof of the building, the angles and framing suggest Mike as a bird straining in his cage. Another scene shows a wounded sexual ‘bird’, a bed ridden prostitute who takes a shine to Mike in Soho, another of Skolimowski’s fractured vignettes. The approach affords Skolimowski the opportunity to build the action and to resolve the piece in an inventive, deeply poetic and visual fashion, a wash of bold colours and strange incongruities.

The overall effect is to create an uncomfortable and disturbing atmosphere, one that heightens the confusion Mike experiences, as he succumbs to similar frustrations as his clients. In this environment Skolimowski presents everyone as sexually inept and nobody seems to be getting what they need, but Sue at least has determined to make the move from victim to predator. Sue suffers the muddled attempts at sexually excitement from her buffoon boyfriend, who takes her to a seedy cinema to watch an unintentionally hilarious sex instruction film. In an era where sex was mostly secret, fumbled and sweaty encounters, usually over in a heartbeat or ending at a backyard abortionist, the film alludes to the gap between the media delivered idea of perfect sex and the gritty reality. A reminder of the gap is starkly and subtly revealed by the movie poster on a Soho wall, for Carry On Again Doctor!

The directness of Skolimowski provides a brutal palette for the characters to work their brief, and Asher shines as the brittle Sue, delivering one of the great female performances of the era. Asher gives her Sue a toughness that betrays the hard knocks she’s taken, and yet she’s tender enough to register the innocence in Mike, and it’s this conflict within her that gives the film its edge. Asher makes her character a fully fledged and intriguing one, and is certainly a worthy companion to Julie Christie’s superb work in Schlesinger’s Darling. John Moulder-Brown is note perfect as Mike, all gangly schoolboy and wide eyed dreamer, open to the transcendent possibilities of life, a notion that is yet to be squeezed out of him by the grinding circumstances of his working class life. The scene where he registers his confusion and delight at Susan’s kiss is priceless and the pair deliver a beautiful duet performance in realising every dimension of the relationship.

*And if for nothing else Skolimowski should be recognised for using Cat Stevens on his soundtrack, 1 year before Hal Ashby’s Harold and Maude, and 30 years before Ricky Gervais! 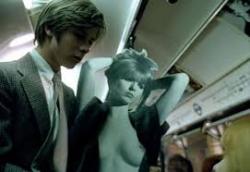 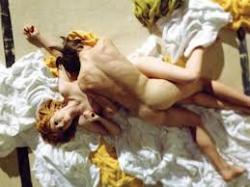 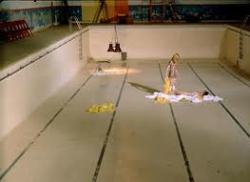