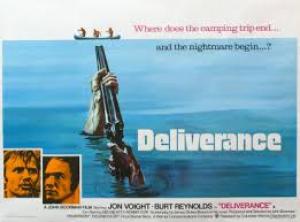 "It's so easy to manipulate an audience, but it's nearly always clear that you are being manipulated. I think even people that are not critically attuned are aware of cynical manipulation in film." ~ John Boorman

It’s been widely said that an outsider’s perspective is often the most revealing when focusing on the mores and foibles of any countries sub-culture, and so it is with John Boorman’s visceral examination of backwoods Americana in his 1972 masterwork, Deliverance. Boorman was the unlikely English helmsman who brought together an equally unlikely band of actors and technicians who braved the dangers and rigours of the woods and rapids of North Georgia and created a first-class essay on traditional male identity, then under threat from both the Counterculture and from Second Wave Feminism. Boorman presents a battle of civilisation versus wilderness, of action over stasis, where the incremental progress of human encroachment looks more like the progress of an insidious virus than benign benevolence.

Four friends from Atlanta plan to take a canoe trip down a river in an area that will be lost after the building of a huge dam project. Lewis (Burt Reynolds) is an alpha-male with experience in the woods, dismissive of the two novice city slickers, Bobby (Ned Beatty) and Drew (Ronny Cox). The fourth member is Ed (Jon Voight) who is an experienced camper, but not cut from the macho mould as Lewis is, and he acts as a peacemaker between the two opposite poles of masculinity as the motley band navigates through the treacherous countryside. They encounter locals at the outset who foreshadow the danger they face, and they also encounter locals deep in the woods who embody a different, but no less lethal, kind of threat.

James Dickey was a respected Southern poet who turned his attention to writing his first novel about a group of friends who take a camping trip in the Georgia wilderness, and after the novel’s publication and success in 1970 he was tapped by Warner Brothers to write the screenplay, pushing for Sam Peckinpah to direct and Gene Hackman and Marlon Brando to star. Warners passed on Peckinpah and capped the budget to limit the star availability and gave the directing job to Englishman Boorman who’d scored well with a pair of Lee Marvin starring vehicles in Point Blank and Hell In The Pacific. Boorman at first clashed with Dickey, who considered it ‘his’ film, allegedly getting into a fist fight, but eventually they made up and Boorman cast him as the sheriff in the final scenes. After Charlton Heston and Donald Sutherland passed on it, Boorman (who wanted Lee Marvin again) cast Jon Voight and TV star Burt Reynolds in the central roles and filmed on location in a very dangerous area of Georgia wilderness, adding a verisimilitude and dense atmosphere to the claustrophobic tale of male identity under challenge.

There are a couple of currents (I know) at work in Dickey’s scenario – the classic fish-out-of-water tale of city man adrift in the wilderness, but the situation also looks at the very question of what exactly is it that constitutes a man? The men in the group are a disparate crew but all are reduced to their base components by a series of events, where mettle is tested, and stress is amplified tenfold. As the danger ramps up, and nature bares her teeth, a threat arrives from an equally deadly adversary, other humans. Dickey slyly reminds us that no matter the threat nature represents, it’s man that is the ultimate predator on man. Possibly the only difference is that nature is awesome and indifferent and, unlike humans, will not take perverse pleasure in the suffering it inflicts on its victims. In a wider societal context this all unfolds in the shadow of Second Wave Feminism, and the absence of a female perspective in Deliverance focuses our attention on the folly of the bullshit notions attached to adopting an Uber-Macho posture in an environment that does not recognise an attitude, merely ability or competence.

Deliverance landed smack in the middle of the counterculture v establishment clash of ideas as the hippie/flower-power generation came to terms with the Nixon administration, and vice versa. Central to the core of the struggle were the tacit questions, "Who is an American and what is America"? In its own oblique way Deliverance distils these issues into a distinctly ‘Easy Rider’ perspective, where ideas of masculinity are challenged both by the environment and the dominant culture, and whereas the ‘outsiders’ were hippie bikers in Dennis Hopper’s seminal film, here the ‘insiders’ (middle-class white men) become outsiders, or foreigners in their own country. This is America’s existential crisis in microcosm, brutally depicted in a stark and sombre hue by Vilmos Zsigmond’s gorgeous cinematography.

John Boorman made a powerful and simple fable of men under pressure and made Burt Reynolds a movie star in the process. Reynolds is the brooding core of the film and brings a feline like physical grace to the roll of the hunter, cock-sure and certain in his own mastery of the terrain, but respectful of its power. Jon Voight is the perfect counterpoint as the brain behind the brawn, as his character has to rise to the challenge the group faces in a life and death situation. Dickey makes a key statement at the denouement where he has the survivors agree of a version of the truth, one that doesn’t undermine their masculinity, his ironic twist on ‘print the legend’.

One of the main facts the men conspire to cover up is the male to male rape of Bobby by a Hillbilly, with the now immortal line, “squeal like a pig” adding to the horror. In 1972 this was not a topic for wide discussion when a rape victim would automatically be assumed to be female, so to even broach this issue was actually a radical position. In tandem with the atmospheric folk music soundtrack, Boorman showcased a memorable scene of Ronny Cox (a folk artist himself) and a local country boy playing Duelling Banjos, which became a chart hit at the time and the 9-note opening an equally iconic musical phrase.

Boorman entered the Hollywood mainstream (I know) with the success of Deliverance, a massive hit for Warner Brothers, and soon Fox offered him backing for his own production company to produce a sci-fi oddity he intended Burt Reynolds to star in called Zardoz. The film was made with Sean Connery in the lead after Reynolds became ill, and the reception was mixed, and Deliverance would remain his commercial, if not artistic career highpoint. It’s a compact and compelling piece of storytelling, visceral and intense, a classic of its kind. 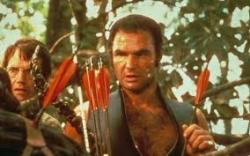 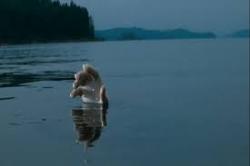