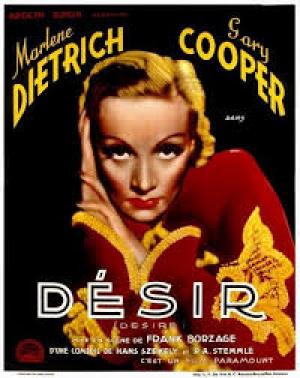 Ernst Lubitsch was renowned for his lightness of touch as a director of sophisticated romances through the silent era, and also into the sound years where he applied his skills to early popular musicals. Paramount promoted him to head of production in the mid-30’s and he employed Frank Borzage to direct a Marlene Dietrich vehicle that had Lubitsch’s fingerprints all over it. Cooper had declared he would never work with Dietrich’s svengali like mentor Josef Von Sternberg after an unhappy time on the nonetheless superb Morocco, and Desire represented the first completed film Dietrich would make after she’d split with Von Sternberg. Dietrich began production the same year on I Loved a Soldier, with the fiercely autocratic and bullying Henry Hathaway, one of Cooper's favourite directors, but that film was unfinfished.

Madeleine (Marlene Dietrich) is a glamorous jewel thief who steals a pearl necklace in Paris and scoots for the border. At the Spanish border she meets Tom (Gary Cooper), an American auto designer who dreams of a “car for the masses”, and uses him as an unwitting dupe to smuggle the hot rocks into Spain. Madeleine hooks up with her accomplice Carlos (John Halliday) as she looks for an opportunity to retrieve her necklace from the lanky and unsophisticated American.

Borzage was known as a director of highly poetic and romantic films during his highly successful tenure at Fox, winning the first Best Director award for Seventh Heaven. Borzage was freelancing at this point, and had done well with Cooper before at Paramount, directing Hemingway’s A Farewell To Arms. Lubitsch cast silent star John Gilbert in the Carlos role, in what was to be something of a comeback with the ‘new’ Garbo, Dietrich, but Gilbert suffered a heart attack and was replaced with Halliday. Gilbert died a few weeks later.

Marlene Dietrich was at the height of her beauty and popularity during the mid 30’s, the logical heiress to Garbo’s legacy for exotic foreign women in Hollywood. Dietrich had even managed to have a brief affair with Cooper during the filming of Morocco, despite the almost constant presence of his then girlfriend, Mexican actress Lupe Vélez. Dietrich wrote of Desire, “The only film I need not be ashamed of is Desire, directed by Frank Borzage and based on a script by Ernst Lubitsch. I found Gary Cooper a little less monosyllabic than before. He was finally rid of Lupe Vélez, who had been at his heels constantly throughout the shooting of Morocco”.

Ace cinematographer Charles Lang shot the film, and given he’d won the Academy Award with Borzage’s A Farewell to Arms he was the obvious choice to photograph Desire, with someone experienced needed to fill Von Sternberg’s impressive shoes in regards to framing and lighting La Dietrich. Borzage does not go as all out as Von Sternberg in this regard, but he does manage to frame some memorable images of Marlene, the exotic location filming in Spain a rare and added extra. Cooper is fine as the good natured American, and the few other supports are all well cast.

The light hearted tone of the film does not allow Borzage’s uber-romantic to shine through, but the sparks and chemistry of the leads more than compensates. Lubitsch specialised in escapist fare, and with America in the middle of the Great Depression in 1936 Desire represented an exotic destination for weary audiences to while away 90 minutes in the company of glamorous stars. In the next year Lubitsch would direct Dietrich himself, and in an attempt to replicate the success of his masterful Trouble in Paradise, he assembled the writers and actors of that piece and substituted Dietrich for Miriam Hopkins in the less satisfying Angel.

Frank Borzage continued to direct fine films, even after the dream-poetry of his silent glories, and would even find another niche as one of the pre-eminent anti-Nazi filmmakers in Hollywood, when timidity from the major studios was de rigeur in order to protect their European profits. Desire ranks as a sparkling entertainment and a prime example of the 1930’s Hollywood dream factory at its best. 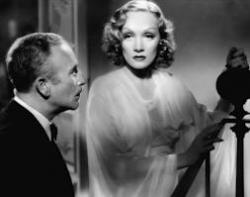 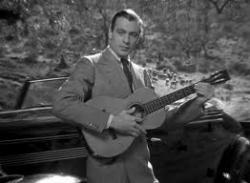 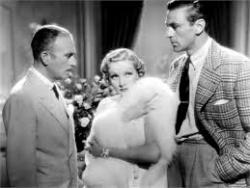 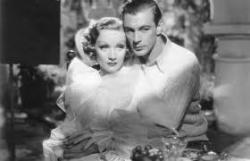