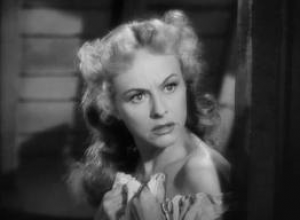 Diary of a Chambermaid

"I am against great themes and great subjects... You can't film an idea. The camera is an instrument for recording physical impact."
~ Jean Renoir

Jean Renoir fled France for America during WWII, setting up in Hollywood and making English language features for various producers. After a couple of interesting commercial failures for Fox in Swamp Water and RKO in This Land Is Mine, he gained a modicum of freedom by independently producing the superb, The Southerner. His ongoing, uneasy relationship with Hollywood was again tempered slightly by his forming an independent production company with his friends Burgess Meredith and Paulette Goddard to produce an adaptation of the French novel by Octave Mirbeau, Le Journal femme de chambre d'une. Renoir had harboured an ambition to film the property from his early silent days some 20 years prior, and indeed Mirbeau was a friend of Jean’s famous father. Renoir rejected the prospective handling of the Meredith scripted film by Republic Pictures, and opted for creative control via his independent production company, Meredith took the role of the eccentric Captain and Merdith's then wife, Goddard, took the lead role of Celestine.

Celestine (Paulette Goddard) takes a position with the Laniere’s, a wealthy provincial family, as chambermaid and is quickly dragged into the intrigues of the household. She is used by the matriarch (Judith Anderson) as a sexual distraction for her frigid son George (Hurd Hatfield), is repulsed by the murderous valet Joseph (Francis Lederer) while the peculiar, flower eating neighbour Captain Mauger (Burgess Meredith) makes a play for her. Celestine’s ambitions soon take over and eventually she is dragged into Joseph’s wicked schemes, each seeing in the other a kindred spirit. Joseph turns on his masters, Celestine needs to choose between his nefarious overtures, or to try to save George from his stilting and emotionless genetic inheritance.

Renoir had previously taken many of the elements in Mirbeau’s work and incorporated them into his classic The Rules of the Game in 1939, so in many ways the milieu was already a comfortable one for him and both films have many similarities of structure and tone. Renoir’s feel for the machinations of the below stairs intrigues and his ability to contrast it with upper class moral corruption and the attendant ennui is well evidenced here. Once more he asserts that “everyone has their reasons”, but in many ways this film is much darker than The Rules of the Game, a result perhaps of the tragedies of the intervening world war, and the life in exile in America Jean experienced, that separates the two films. The film also takes something from Jean’s Popular Front period and his Le Crime de Monsieur Lange denouement, where the collective passes judgement on the individual, and to fit the tenor of the film it’s suitably brutal.

Celestine is the classic protagonist, and by entering this hermetic environment she becomes the agent for change, for the household and for herself. There is some level of self loathing in Celestine, the result of working in “many houses” filled with “filthy souls”, Renoir gives the impression she’s been corrupted in the process. Celestine resolves to “put the masters in their place”, and that “I’m going to use them”, which means utilising all the charms she possesses. Celestine has learned to use her feminine wiles and allure to climb the slippery ladder of options available to a working class girl, and has been perverted in the doing, asking herself during the initial journey to the house, “What’s wrong with me”? Eventually Celestine sees that she’s as much in need of redemption as the pathetic George, and that she may not be as natural an ally to Joseph as it appeared.

Renoir used a theatrical, rather than naturalistic tone and setting, revelling in the studio artificiality of the Hollywood set, using the artifice to his advantage. The technique emphasised the claustrophobic dimension of the hermetic world into which Celestine entered, the isolation the family has fashioned for itself, contrasted with Celestine’s contact with the local villagers, who live as a connected community. Renoir avoids overt politics in the film, and his subtle nod to the French Revolution in the closing sequence would almost certainly have gone over the heads of the communist witch hunters then heating up the political landscape in Hollywood, but the climate soon saw Renoir take his leave, avoiding HUAC’s attentions.

Renoir’s casting proved to be as sound as usual, with Goddard a standout as the wily Celestine. Meredith has great fun with his character’s eccentricities and Francis Lederer is fine as the loathsome valet, bringing an intensity and conviction to Joseph’s dark heart. The coldness of the Laniere’s fastness is deathlessly realised by Judith Anderson’s taut and thin lipped performance, and by the fey bewilderment adopted by Hurd Hatfield.  Renoir’s wonderful flair with his actors generally led to fine ensembles, and this effort continued the tradition, and in fact most of his American work involved larger groups. Only his next (and last) American film, the under-rated Woman on the Beach involved a smaller, three-sided relationship.

The quality and the depth of achievement from Renoir during his exile belied the oft held assumption that his American period was an arid and uninspired time. Perhaps in contrast with the genre defining results of his 1930's Poetic Realist phase, and by the startling late bloom of his colour period in the 1950’s, it was a lesser thing, but examining them today they feel dense and interesting, and any Renoir is a joy to be cherished. 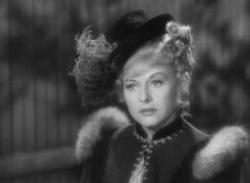 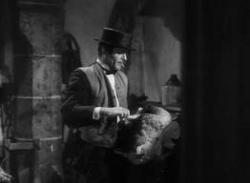 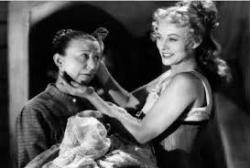 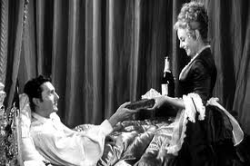