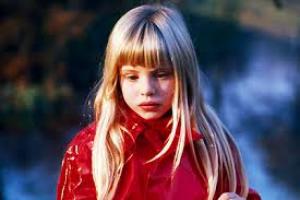 "The belief in a supernatural source of evil is not necessary; men alone are quite capable of every wickedness."
~ Joseph Conrad

Nicholas Roeg left behind a stellar career as a cinematographer behind to carve out his own niche as a quality director in 1970 with the zeitgeist savvy Performance  (co-directed with Donald Cammell). Roeg had won a BAFTA for photographing Schelsinger’s Far From The Madding Crowd  and had worked as a second unit cameraman on Lean’s masterpiece Lawrence of Arabia, so his visual acumen was never in doubt once he turned his talents to directing. After his first solo stab at helming a feature (the remarkable Australian desert visual tone poem, Walkabout)  he turned his attention to a quasi-supernatural thriller set in Venice called, Don’t Look Now.  Roeg cast two of the finest cinema actors of their generation as the leads, John and Laura, in Donald Sutherland and Julie Christie, and set about creating a masterpiece of unease.

John and Laura are a couple living life in a country idyll when tragedy strikes and their daughter Christine drowns in pond on their property. John finds work as an architect in Venice, given a commission to re-construct an ancient church but the couple encounter an Englishwoman who claims to be able to ‘see’ their dead daughter. Laura is intrigued enough to follow through with a séance but John is sceptical and the idea causes a rift between the couple, struggling to come to terms with their profound grief. Strange events seem to engulf them as John is warned by the clairvoyant that he is in danger while they stay in Venice. Laura returns to England when their son has an accident at boarding school and John becomes immersed in a series of disturbing incidents.

Roeg examines the gap between logic and emotion in the different responses to the clairvoyant from Laura and John. Dressing the unlikely hope that their dead daughter is trying to contact them in the benign clothing of an elderly, blind English tourist makes for an unusual cross between the mundane and the extraordinary, and it’s this intersection where Roeg finds fertile ground. Laura and John have the veneer of having recovered somewhat from the devastating blow of losing Christine, presenting a loving relationship to the world, but the re-opening of that wound presents a fresh round of challenges. In her emotional distress Laura falls for the supernatural snake oil that the old sisters are pedalling, urging John to be careful as the sisters predict that he is in imminent danger.

John is a man of science, an architect ruled by the certainties of maths and physics, the disciplines that hold up his philosophy as certainly as they do a building. Roeg drops in a classic piece of misdirection as the sisters allege that John also “has the gift”  of premonition, harking back to the opening drowning sequence. In that scene we see John uneasy in the house, apparently ‘feeling’ that something is wrong, before he runs out to the pond to find his daughter. The sisters also say of the ‘gift’ that “It’s a curseas well”  further muddying the waters as to the level of clarity of any of John’s ‘visions’. Laura is desperate for any contact with her daughter, however illogical, and she puts a degree of doubt into John’s assessment, and his confusion grows when he thinks he sees Christine in the twisting, labyrinthine alleys of Venice.

Roeg cleverly uses ambiguity at every turn, never investing overtly in the ‘is this fakery or real’ question; it’s merely about belief and interpretation. Events that John would not have thought twice about take on significance outside their worth after he’s had his ‘Ides of March’ moment. Interestingly Donald Sutherland, as one who’d embraced the hippy zeitgeist, wanted Roeg to show clairvoyance and the supernatural in a more positive light, and Roeg went as far as to attend a real séance with Julie Christie, but all in all he keeps his cards pretty close to his chest.

The film became notorious for its explicit (for the time) sex scene between the stars. Roeg and his brilliant editor Graeme Clifford inter-cut a raunchy encounter in the sack with the après sex preparations of dressing for dinner. It’s an astonishingly effective sequence as we see the couple seemingly reconnect with tender, meaningful and intimate sexual acts, as if the possibility of connection with Christine has reawakened their need for each other. The inter-cutting motif is one Roeg uses throughout various segments in the film, from the opening drowning to the sex scene, as well as incorporating a recurring motif of water, culminating in the funeral gondola in Venice. Roeg adds to John’s claustrophobia by ramping up the surrounding danger, a body pulled out of the canals,

Roeg had worked as a cinematographer of François Truffaut’s Fahrenheit 451,  which starred Christie, and she jumped at the chance to work with him again. She was at the peak of her early career, coming off the brilliant McCabe and Mrs Miller for Robert Altman, even if the explicit sex scenes with Sutherland reportedly upset her boyfriend at the time, Warren Beatty. She delivers a delicate and rich characterisation, as does Sutherland, where his angular visage and quirky manner serves to make John an interesting and compelling figure. The couple are the perfect embodiment of Daphne du Maurier’s troubled lovers, inspired as she was by seeing an attractive young couple eating at a restaurant and feeling there was some great grief around them.

Don’t Look Now  continued Roeg’s fascination with the mystical, and taken in concert his first three films represent a kind of trilogy of the mystical following on from the rock star/shaman shenanigans of Performance  and the Dreamtime mysticism of Walkabout.   Roeg proved to be a master of exploring the lure of the supernatural or the fantastic whilst linking it to a more commonplace scenario, rock star and servant, lost children and tribal rites, dead spirits lingering. He would continue the theme with his everyman/starman crashing to earth in middle-America opus in 1976, The Man Who Fell To Earth, starring the man who sold the world.

Nichols Roeg has contributed a significant number of fine films to the modern canon and deserves his place in the front rank of British directors who operated in the rocky years after the British New Wave. His style and art seems to exist somewhere between Ken Russell and Alan Parker, avoiding the iconoclastic excesses of the former and the sometimes dull formalism of the latter, always interesting and often inspired. Don’t Look Now,  a unique meditation on loss and vulnerability, will be remembered as one of his finest. 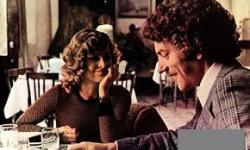