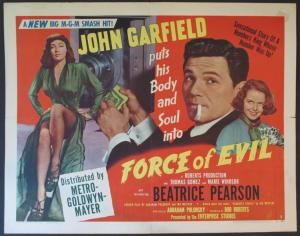 "I was a Communist because I thought Marxism offered the best analysis of history, and I still believe that."
~ Abe Polansky

Financed by John Garfield’s Enterprise productions, Force of Evil remains Abraham Polonsky’s impassioned plea for the dignity of the working class when faced with endemic, institutionalised corruption and his greatest film legacy. Polonsky had scripted Garfield’s hit boxing flick Body and Soul for Enterprise and was encouraged to move into directing, he offered Garfield his adaptation of Tucker’s People, by Ira Wolfsert, published in 1943 set around a mob numbers racket in the Lower East Side of Manhattan. Robert Aldrich who went on to direct many fine films (the seminal noir Kiss me Deadly in 1955) was the assistant director and George Barnes, who had helmed a couple of Hitchcock projects before this, was responsible for the wonderful black and white photography which defines noir, he did after all teach Gregg Toland his trade.

The action begins with a shot of that holiest of places, Wall Street as Lawyer Joe Morse (Garfield) heads in to work. His firm has amongst its clients a mob boss, Tucker (Roy Roberts) and Morse is their full time man. News that a new State Prosecutor Hall is about to look into racketeering is unsettling Joe’s masters but Joe sees it as an opportunity to pay Hall off and keep everything sweet. Tucker tells Joe that the mob are going to fix the numbers racket the next day, 4th of July, and have 776 come up, forcing the smaller ‘banks’ out of business, one of which is run by Joe’s older brother Leo (Thomas Gomez). Joe decides to help Leo, telling him he’ll fix it with Tucker so that he survives, but Leo wants no part of the bigger mob bosses game. Leo, having sacrificed his own career to send his younger brother to law school and who has a heart condition,explodes at Joe, yelling that he is ‘honest and respectable’ and here Polonsky is enabling us to see how it’s possible to make the distinction between large scale corruption and the eeking out of an existence at the lower end of the scale, the ‘trickle down’ effect is the same in criminal activity as it is in ‘legitimate’ business.

The scale is balanced by the appearance of the innocent Doris (Beatrice Pearson), an angel of decency who works for and is like a daughter to Leo, she’ll resign rather than continue under the rule of Tucker. Joe falls for her, initially not understanding why, but coming to realise she represents something pure he is still capable of reaching for after years of selling his ideals out for mob money. The 776 play happens, and Polansky is showing how corrupt institutions will even use patriotism against you if it suits them, and the mob steps in to finance the collapsed banks and thereby control them and dictate the new division of capital. Joe tells Doris, ’it’s natural to take, not natural to do something and expect nothing in return’, as he attempts to justify his own actions. It’s apparent that it’s all the little corruptions enable the truly big ones to survive, as ‘3 cents on a tank of gas’ being skimmed is normal practice, and everyone has an angle and anyone who doesn’t is a sucker or a liar. Joe scoffs at Doris’ moral superiority. Leo changes sides and works for Tucker, preferring to keep all of his worker’s who depend on their weekly income looked after than to fold. Leo’s bookkeeper Bauer is uneasy with the deal and quits, but Leo understands no-one quits and tells him the mob will simply kill him if they have to. Bauer calls Hall’s office and offers to give them evidence of corruption.

A rival mob boss, Ficco (Paul Fix) wants to muscle in on Tucker’s action and sets out to negotiate for a percentage. Joe is warned Hall is bugging his phone and paranoia sets in, his conscience finally going to work on him in light of Doris’ influence. Leo attempts to help Bauer, who is in trouble with the mob but Bauer is killed and Leo is kidnapped. Late at night Joe goes to his office to surreptitiously see his own boss going through his desk, then talking to Hall about giving Joe up to the authorities. Joe’s boss was happy to take gang money when the heat was off but is now doing a deal to stay afloat like all good businessmen, nothing personal. Joe, discovering Leo’s kidnap, grabs a gun and goes to confront Tucker, who’s in a meeting with Ficco. Ficco informs Joe that Leo is dead, dumped in the East River, a shootout erupts. Joe and Doris find Leo’s body in the river.

Joe is redeemed in some measure by his action, for years he lived a lie, pretending to be a legitimate lawyer for a legitimate business, believing that the numbers racket would be legalised into a lottery. He told his brother that ‘money has no moral opinions’ and tried to live to that creed. Polonsky refuses to judge the lower class who need to earn a living in a corrupt world. Doris, though innocent and naive, knew as did the people who worked for Leo that were a small part of a bigger dirty machine, and within that they functioned with dignity as much as they could muster, but a cog has little choice than to play it’s part, and if Joe was the oil for that same machine then the greater responsibility was his. Ultimately the crooked politicians get paid off and the mob bosses move on to other fertile pursuits, the trickle down continues. As Bob Dylan observed, ‘Money doesn’t talk, it swears’.

Polonsky was blacklisted after the HUAC hearings and didn’t direct again for 20 years, his career ruined by failing to cooperate with that odious instrument, and based on the evidence of this film his was the greatest loss of any of the victims. I’m not sure it was as simple as ‘to name or not to name’ but for someone who knew the world to be infinite shades of grey Polonsky saw that issue in pure black and white and carried the attendant grudges to his grave. Force Of Evil was effectively overlooked by the industry as a whole for 40 plus years, but support from some notable champions such as Martin Scorsese eventually saw it elected to the Library Of Congress National Film Registry in 1994, thankfully Polonsky lived to see the vindication. It's a cracking film that carries a powerhouse Garfield performance and many fine support slots, not least the always watchable Thomas Gomez. First rate Noir. 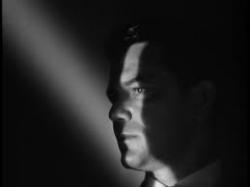 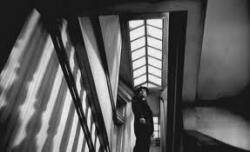 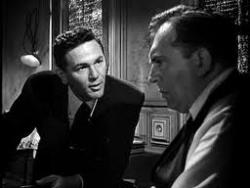 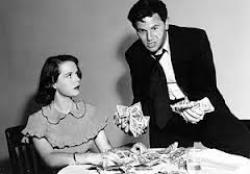 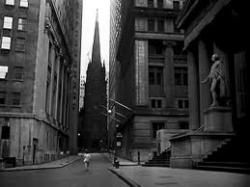