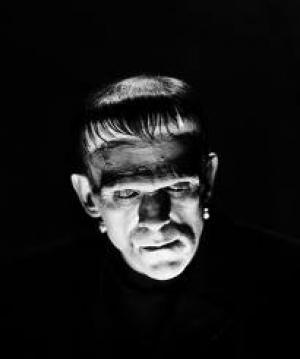 Swimming in the gene pool

Universal Studios virtually invented the modern horror film in 1930/31 with Tod Browning's 'Dracula' and James Whale's ‘Frankenstein’. The tropes and iconic effects of those twin towers of horror are part of the dna of every horror film since, a tribute to the genius and flair of those visionary directors. The troubled James Whale, who’s own story is deftly handled in the 1998 biopic, ‘Gods and Monsters’, had impressed Universal supremo Carl Laemmle Jr with his work on 'Waterloo Bridge', and he gave him the pick of the properties that Universal owned, and Whale duly chose 'Frankenstein'. Whale came to the attention of Hollywood via the epic and prestigious WW1 play, ‘Journey’s End’, a hit on Broadway and in London, and accordingly he directed the filmed version.

Whale constructed the Mary Shelly sourced property, upon which Universal’s fortunes turned, under enormous expectations following the huge success of Browning's 'Dracula', as all the major studios were suffering during the economic downturn of the Great Depression. 'Frankenstein' was originally intended as a vehicle for Bela Lugosi, the star of 'Dracula' and director Robert Florey, but Laemmle took them off the project and on to another horror classic 'Mystery of the Rue Morgue'. Whale lured his 'Journey's End' star from the London stage run, Colin Clive, to star as the prototypical mad scientist, and another Englishman William Pratt, to play the monster, under his stage name of Boris Karloff.

Elizabeth (Mae Clarke) is worried about the strange behaviour of her Doctor finance, Henry Frankenstein (Colin Clive), and confides in their friend Victor (John Boles), who shares her concerns. Victor secretly loves Elizabeth and will do anything to help her, and together they approach the Doctor’s mentor, Doctor Waldman (Edward Van Sloane). The trio make the journey to Dr Frankenstein’s laboratory only to discover him half-mad with power and delusion and on the verge of re-animating dead matter, of creating life where there had been death. Frankenstein's assistant Fritz (Dwight Frye) and he have been raiding graves and experimental medical laboratories to supply the body parts needed to construct their macabre creation, and together they harness the natural power of lightning to bring the jolting spark of life needed to complete the ambitious scheme.

Whale’s version of the Shelley classic came not only in an era of economic global depression, but also in a time where the ‘science’ of Eugenics held a tight grip on the public imagination. The superficially appealing idea behind Eugenics, that science offered us control of our human destiny via the eradication of mental disease and physical illness through genetic manipulation, attracted widespread support, especially amongst the Nazi elite. In less secular environments, the idea of influence over the lottery of the gene pool, or in the terms of the dominant Christian meme, man doing God’s work, was a controversial and unwelcome manifestation of man's hubris. "It's alive.... now I know what it feels like to be God", was one of the controversial lines from the film, spoken in the freer pre-Hays code era. The fly in the ointment for Dr Frankenstein is the unknowing selection of the brain of a criminal to power the creation, who turns on it's 'creator', in a further allusion to the fall of man, in a Christian-Judeo mythological sense. In an added metaphor the 'child' destroys the wedding of it's father and 'mother' by disrupting the core social ritual to which it is a macabre outsider. The madness and delusion of man is contrasted with the 'humanity' of the monster, who is more victim than not in on the altar of science.

'Frankenstein' plays to some deep and human fears of folkloric resonance and primal force in the creation of the 'monster'. Whale's genius was to make the monster a sympathetic figure, and in this, Boris Karloff's work reaches a surpassing greatness. Karloff, a British and Canadian stage veteran, had been steadily working in Hollywood since the silent era, and upon the advent of sound his mellifluous voice became a bonus as Hollywood turned to trained stage actors who could speak well. Ironically, the part that made his name was a non-speaking part, and forever after Karloff would be typecast in horror films. The make up, by Universal maestro Jack Pierce, became an integral part of the character, and Karloff somehow managed to make the creation empathetic and dimensional through the glue and wax.

Depression era America was looking for escapist fare, and for the price of a movie ticket Whale took them into a completely foreign world, it’s central laboratory set becoming the standard for Hollywood art department excellence. Whale, a tasteful gay British man, had a theatrical background, having directed Journey’s End on stage, and his mise en scene was influenced by the seminal Broadway fare of the ‘20’ as well as the Weimar Republic expressionist cinema and theatre of post WW1 Germany. 'Frankenstein' stands with the seminal German films of Fritz Lang and F.W. Murnau as a supreme example f the art of the black and white film. "Any idiot can make a film in colour", was the scathing assessment of Orson Welles on the merits of that photographic form, and 'Frankenstein' is a great reminder of the high art offered by the master black and white cinematographers of early cinema, in this case Arthur Edeson. Edeson shot some highly influential American silent films, including 'The Lost World' in 1924, and teamed with Whale for three brilliant and evocative horror films, with 'The Old Dark House' and 'The Invisible Man' following in the years ahead.

The influence of 'Frankenstein' is undeniable, and given the film's creaks and wobbles to contemporary eyes, it may be the main reason for 21st century viewers to enjoy the piece. Even so, the sophistication and fluency of concept is present, so much so that the structure and key components of modern films are still readily recognisable and in place, remarkable given the infancy of motion pictures as an art form in 1931. The pleasure now is in seeing where almost every horror film convention emanated, and to see it done with such invention and panache in a pre-CGI age. 'Frankenstein' is a remarkable testament to Hollywood ingenuity and storytelling, and a stylish reminder of a golden age.

* The legacy of the film is beautifully served by the stunning Universal Studio Blu Ray edition, a remarkably crisp picture with a plethora of mouth watering extras for the demanding fan. 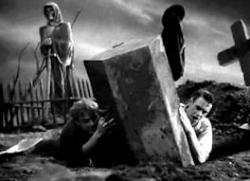 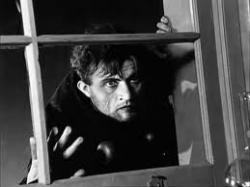 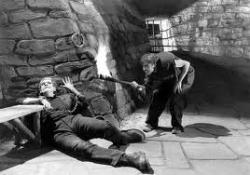 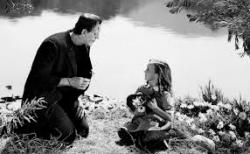 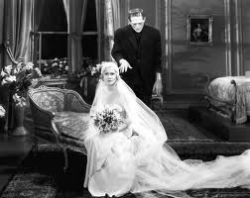