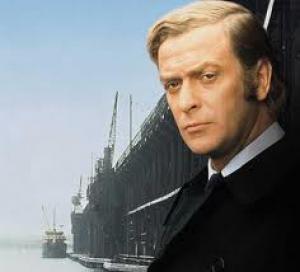 Mike Hodges made a splendid directorial debut with this vibrant and gritty gangster film, the perfect antidote to Hollywood gloss and French mythologising. Hodges wrote the script to the novel, 'Jack's Return Home', by Ted Lewis and his producer enticed British movie icon Michael Caine into the lead role of Jack Carter, a London based hitman who goes back to his Northern hometown to investigate his brother's death. Hodges made a very British and possibly subliminal reply to Melville's 'Le Samourai', or Boorman's 'Point Blank', the lone criminal dark-knight errant, set upon revenge and retaliation, but within the strict confines of his 'code'. Hodges eschews the visual poetry of the French and the glamourising of the Americans to deliver a rough hewn and raw crime film, full of character and strength, and as direct and arresting as a kick in the cods.

Jack Carter (Michael Caine), framed as a loner, works for a crime organisation in the south but is very much his own man. Jack tells his Kray-like bosses in London he's going home to look into his brother's untimely death, but they advise against it. "The police found nothing", they say, "since when is that good enough", Jack replies. It's apparent the bosses have contacts and business there and are concerned Jack will upset the applecart. Jack takes a train north, books into the low rent boarding house his brother Frank lived in, the 'Las Vegas', and buries Frank at a service attended by very few. Jack talks to Frank's daughter, Doreen, an innocent who knows nothing of Frank's activities and to his girlfriend Margaret. Margaret is reluctant to talk and Jack pursues her to get to the bottom of the mystery. Jack also looks up some old criminal associates and soon the two worlds collide and Jack discovers why his bosses were so reticent to let him come home.

The delight in the film for modern eyes is that it's utterly guileless. Hodges does not shy away from, or appear embarrassed by the working class rites and surrounds; he makes a virtue of them. However appalled Jack may be by the place, it defines a certain part of him, and he has to deal with that as he conducts his vendetta. "The only reason I came back to this craphouse was to find out who did it", Jack says as he surveys the Newcastle skyline. Hodges background in documentary film meant his eye found the reality and resonance in the mundane and this aesthetic informs the tone and mood of the film brilliantly. Jack is a man, who ultimately disgusts himself, and it's clear he eulogises his dead brother as someone who avoided the grubby choices he himself made, "I'm the villain in the family" he reminds others. Jack's tragedy is that he has no other way of dealing with the situation, the code that he has chosen means he must see through the task to the bitter end, knowing the risks involved.

Michael Caine is in career best form with the role of Jack Carter. He says he personally knew many 'villains' in his youth and wanted to make a gangster film with some reality about it. "Carter is the dead-end product of my own environment, my childhood; I know him well. He is the ghost of Michael Caine". Caine also said British gangster films prior to this one had treated the characters as either "stupid or funny, I wanted to show that they are neither". Caine's villain is all business, a loaded weapon waiting to fire, and that the intensity and violence is all controlled and mostly interior made it all the more effective. Caine dominates the film, is in almost every scene and it's simply one of the greatest British male screen performances of all time.  Caine continued a fine streak for a few more years in the 1970's before descending into some very dodgy choices after the mid 80's move to America. He recovered somehat in the 2000's, ironically when many of his iconic roles were being pointlessly and ineptly remade.

Hodges filled the other parts with some great character actors and brilliant 'types', giving the finished product a feel of authenticity and authority. Ian Hendry, an excellent character actor (see Lumet's 'The Hill') is a case in point, he plays Eric, an old associate of Jack's who is involved in the action up to his eye's, which Jack obseves with his trademark directness are still, "pissholes in the snow". Hendry was in the process of squandering a promising career through alcohol abuse, and his patent jealousy of Caine's success and status informed Hodges use of the relationship between the two actors. The famous playwright John Osborne was cast as the pornographer behind the mystery, and demonstrated a flair for acting with a realism that would do credit to his own creations. Hodges uses some typically English locations to create telling slice-of-life vignettes, like a northern working mens' club, where Jack will experience a singalong that leads to a memorable 'cat' fight.

'Get Carter' now seems like an oasis of creative muscle in an otherwise drab and colourless era, and kept the torch alive for films like 'The Long Good Friday' before such proponents as Guy Ritchie re-visited the form in 'Lock, Stock and Two Smoking Barrels' in the 90's. The film has no trace of any self-consciousness, is happy to pass it's gaze over the normal, salt-of-the-earth types that populate a decidedly non 'swinging' England, and does it with some affection. To paraphrase Ringo Starr, "flower power hadn't reached Leeds in 1968", let alone Newcastle in 1971. 'Get Carter' is a warts-and-all look at the average notherner, and that remains one of it's charms and strengths. Mike Hodges went on to an uneven and comparitively unproductive career in feature films, and directed the cult favourite 'Flash Gordon' in 1980. 'Get Carter' belongs in the top rank of British films, a crime film where the brutality and violence has a meaning and a context, and is not simply an excuse for gratuitous kicks. It's almost a document of record in it's realism, and a marvellous evocation of a time not so long ago. 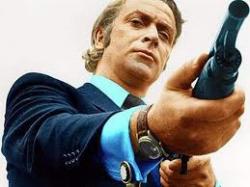 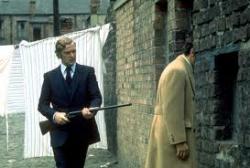 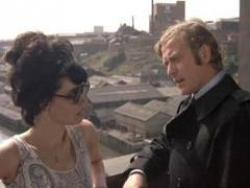 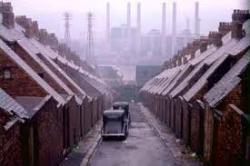 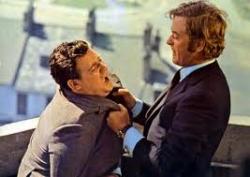