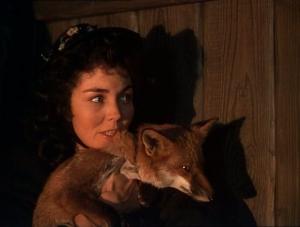 'We decided to go ahead with Selznick, the way hedgehogs make love: very carefully!' ~ Michael Powell

Gone To Earth is a sadly overlooked star in the Powell and Pressburger firmament. The film came about because the rights to the property, the novel by  Mary Webb, was owned by the man who brought P&P together in the first place, Alexander Korda, and he was looking to attract international money as funds had dried up in post war Britain. One of Korda’s Hollywood contacts was David O. Selznick who was looking for a vehicle for one of his starlets, Jennifer Jones, later to become his wife. Korda called in The Archers who had fallen out with their regular backer, J. Arthur Rank, over (incredibly) the potential commercial prospects for The Red Shoes, which Rank thought would sink without trace. P&P were coming off the claustrophobic and taut little bomb dismantling film The Small Back Room, so a film to be shot on location in the wild countryside would have had double the appeal.

Selznick was notorious for meddling in everyone else’s territory on projects he worked on, from set design to writing and directing, but he and The Archers agreed on the shooting script and that’s essentially what was filmed by P&P. The shooting apparently went smoothly enough, but trouble started once the final cut was presented to Selznick. Unhappy with how his protege came out, or maybe wanting to impress her with some machismo, he took The Archers to court in London on the basis that they didn’t shoot the agreed script. He lost.  Undeterred he took the course of recutting and shooting some pick ups in Hollywood with veteran director Rouben Mamoulian, as he controlled the rights outside of Europe and could do as he liked. That version was released in the US as The Wild Heart.

As for Gone To Earth, its themes and visual tropes are as strong as any Archers film, and the performances from the leads are uniformly wonderful. Powell takes as his touchstone the innate animal nature of man and it’s connection with the natural world, that is at turns suppressed, denied and tamed by ‘civilisation’ at the end of the 19th century. The mystic and dark woods are the first thing we see, inhabited with shapes that may be animal or not, until we divine a girl and a fox, with the line between the two deliberately blurred. Hazel Woodus (Jones) bounces onto screen as a force of nature (reminiscent of Pamela Brown in I Know Where I’m Going) all youthful energy and natural sexuality. Her beauty commands the screen and all who encounter her. Her father, a grounded gypsy of sorts, has little control over her and tellingly she cherishes an old spell and charm book that belonged to her dead mother. From this book she understands her connection with the mystic forces that underpin the world she knows.

Thinking of Hazel I couldn’t help but call to mind some quotes from a favourite song by the mighty Richard Thompson, ‘Beeswing’.

‘Brown curls fell around her face, a look of half surprise, like a fox caught in the headlights, there was animal in her eyes’

Hazel is sent to town for a new dress, her old one fairly falling off her, and on the way home encounters Jack Reddin (David Farrar) a local landowner who is immediately bewitched by her. Hazel recognises that Reddin, with his hound, is the leader of local fox hunting pack and she reacts like a fox being hunted and eludes capture by the squire, but he’s awakened something dark and compelling in her. Her father has taught her to sing while he plays a harp at local events and so they perform at a Church fete, and this time it’s the local clergyman, Edward Marston (Cyril Cusack) who falls under her spell. Her father understands instinctively her burgeoning sexuality, and that Hazel should settle down with a husband and she impulsively agrees to marry the next man who comes calling to their wooded shack. Reddin is at that moment careening around the countryside, desperately trying to locate Hazel, ironically mis-directed by the Parson, who then becomes the next man to arrive and indeed propose to Hazel. Upon hearing of the impending union Reddin offers to buy Hazel off her father. The idea that a woman is property to be owned and traded by men is one that crosses every class barrier.

‘I thought that we might settle down, get a few acres dug, fire burning on the hearth and babies on the rug. she said ’oh man, you foolish man, that surely sounds like hell, you may be Lord of half the world, you’ll not own me as well’

The marriage to Marston procedes, against his staid mother’s counsel, and Hazel settles in to life in the clergyman’s cottage. Marston treats her as an anthropological oddity, to be observed and studied and worshipped like some beautiful icon, but certainly not to be used in a physical sense. The marriage remains unconsummated. Here at the heart of the matter, we have the preacher struggling with his impulses, under the Christian system he’s been taught to understand the world by, i.e; the pleasures of the flesh are base and sinful, and the ideal state is one of spiritual grace by denial of the earthly and focus on the so called ‘divine’. Hazel realises her animal nature needs attention and her charm book directs her into the arms of Reddin and the condition of adulteress. Marston locates Hazel and retrieves her from Reddin, earning him the scorn of the community for taking her back, and his mother’s ire who vacates the family home. Reddin embarks on a fox hunt, knowing he’s likely to be tracking Hazel’s pet fox, and true soul mate (Foxy) and by doing so will get back at Hazel for leaving him. In trying to save Foxy from the hounds Hazel ensures her own tragic end.

‘even a gypsy caravan was too much settling down’

The enduring struggle between the intellectual idea of purity and the pull of carnal desire is played out in the eternal triangle. Hazel represents the free spirit, the wild heart that can’t be captured, not by the rapacious, land grabbing, uber-capitalist and egotist Reddin, or by the ethereal, ineffectual and ‘spiritual’ Marston. Both are equally inept in dealing with the reality of Hazel and the forces of the natural world that compel her. Reddin tries to ‘buy’ that world to box and own it, Marston merely denies it’s existence. Hazel is captured between two conflicting worlds, neither of which she can live in, with her idyll merely an illusion that must vanish in the face of such oppression. In the end the only option for her is to return to the empathetic embrace of the earth that nurtured her, the only embrace that resonates with her spirit and feels like home.

Powell shoots the film in lush, vibrant colour, making the most of the Welsh border countryside and panoramic vistas. The hills and woods provide a natural counterpoint to the claustrophobia Hazel feels as reality closes in on her. Jones is luminous in the role and never less than beguiling and convincing. Possibly this was too modern an approach to presenting a screen heroine in 1950 and that’s what Selznick objected to, but this film stands up in a way few from that era can. Farrar, in his third film for the Archers is the ideal robber-baron, and even the quasi-pantomime villain nature of his character can’t diminish its impact. It’s this kind of skewered realism that the Archers effortlessly achieved in many of their masterpieces that prevents us from viewing their films strictly as vehicles for one dimensional storytelling. There is always a subtle and uneasy underlying layer of folkloric mysticism, or a cinema of undefined emotionalism. Cusack’s parson is a beautifully understated performance, and he avoids easy caricature and soft options, a marvel of economy and elan.

If she had lived maybe Hazel would have mirrored the fate of Beeswing’s factory girl? ‘They say her flower is faded now, hard living and hard booze, but maybe that’s just the price you pay for the chains that you refuse’

Gone To Earth came at the tail end of their biggest triumphs, and the Archers would struggle from then on to bring their uncompromised visions to the screen. It fits superbly with the strangeness of A Canterbury Tale, with the conflicted emotionalism of Black Narcissus and with the folkloric, fable-like Edge Of The World.  Hugely modern and utterly timeless, it’s a wonder as to how it remained overlooked for so long. Welcome it with open arms. 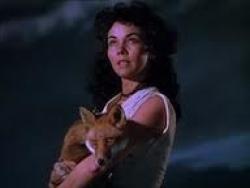 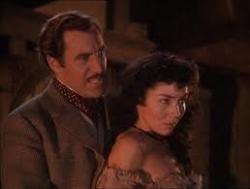 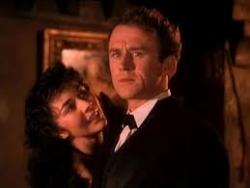 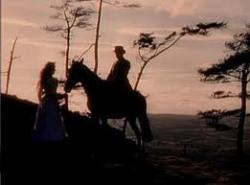 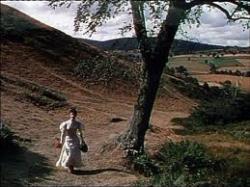 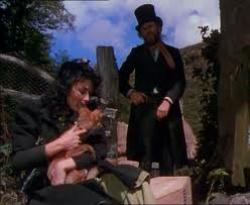 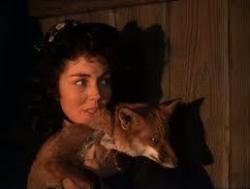