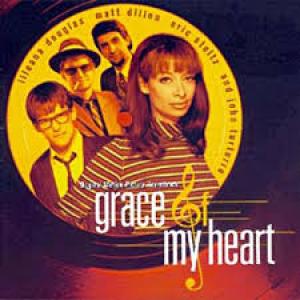 Grace of my Heart

Allison Anders tracks the growth of pop music from the adolescent fodder and teen angst based product of the late 1950’s era to the introspective, more grown up music of the singer-songwriter boom of the early ‘70’s in Grace of my Heart. She shadows these developments via the character of Edna, whose personal growth mirrors the growth in the music through the period, cannily writing in characters that resemble some of the icons of 20th century popular music. Anders also resisted the urge to use actual hits and known songs of the time, and instead employed the cream of ‘90’s writers and producers to create a soundtrack of songs that not only could evoke the era, but could also stand as respectable songs in their own write. She went further and, in a masterstroke, instigated some collaborations of contemporary talent with writers who worked in the Brill Building on Broadway (or in the precinct) during that time; the results included the brilliant Elvis Costello/Burt Bacharach song that centres the film, God Give Me Strength.

Edna Buxton (Illeana Douglas) is a frustrated, upper class steel heiress, who enters a singing contest against the wishes of her matriarchal mother. Edna wins a recording contract n New York that does not work out, but she contacts record producer Joel Milner (John Turturro) who recognises her talent and puts her to work as a songwriter in the Brill Building. Edna changes her name to Denise Waverly and enjoys some success with a black girl group called The Luminaires. Denise teams up personally and professionally with Howard (Eric Stoltz), beginning a succession of male attachments that reflect the changes in music and the personal development Denise goes through. Denise sublimates her ambition as a performer to the egos of her male partners before realising she needs to be truthful to the ambitious young woman who struck out on her own in New York all those years ago.

Anders was aided in her ambition by finding the perfect collaborator in Illeana Douglas, who provided a beautifully nuanced performance as Edna/Denise and magnificently carries the weight of the film on her slight shoulders. The pair also had significant help from Douglas’ then male companion, who produced and mentored the film, one Martin Scorsese. The film manages a seamless authenticity in mood and tone and as it moves through the swingeing changes of the ‘60’s, a non-stop period of continual reinvention in the music industry. Anders uses the emotional arc of Edna’s male relationships to analyse the difficulties of a woman working in a male dominated world as Edna, like many of her sisters, was often left holding the baby. Anders does not focus on the massive push for equality by the political side of the feminist movement that also defined that era, but lets Edna’s journey speak for itself.

The Brill Building formula approach in the late ‘50’s was an industry reaction in attempting to distil the rock and roll phenomena into a repeatable and containable product. The production line ethos was somewhat antithetical to the spirit of the music, as teams of writers were boxed up in small rooms with two chairs and a piano and not much more, and expected to create while working office hours. The surprising thing is that so many great pop songs were created in these conditions, which may say more about the talent of the songwriters working there than the methodology employed. “How are the Beatles going to put us out of a job”? Edna asks her DJ friend, and is told that bands and performers will now have to write their own songs in order to be credible. This hermetic production phase lasted about 10 years, before the approach was rendered redundant by the time of the late ‘60’s, soon after the TV boom of the pre-fab Monkees, a show which utilised songs from many Brill Building teams.

Anders may have needed legal advice in providing the usual ‘No resemblance to actual people living or dead’ disclaimer with Grace of my Heart, as the film depends upon many readily identifiable ‘resemblances’. The loophole she needed is supplied by the fact that the characters are amalgams, or composites of well known people. Edna is obviously Carole King, and John Turturro’s eccentric Joel Milner is part Phil Spector, part Don Kirshner, Matt Dillon is mostly Brian Wilson, and Eric Stoltz is a mix of Gerry Goffin/Barry Mann/Jeff Barry. The Luminaires are a composite of The Ronnettes and The Shirelles, and their bespoke songs reflect the same melodicism and concerns as the classic girl group repertoire. Bridget Fonda’s excellent cameo as Kelly Porter is a nod to Lesley Gore (who co-wrote the song Anders used) and to Dusty Springfield, the secret lesbian divas of the era.

Anders bravely hangs the emotional heart of the film on a 5 minute, bare bones performance of the main song by Douglas, as she sings God Give Me Strength to the boy genius producer, accompanied only by a piano. It’s an arresting and tender sequence as Denise lays her soul bare to Jay in a stripped back arrangement with nowhere to hide, encapsulating the essence of the singer-songwriter confessional approach that ruled the charts in the late ‘60’s and 1970’s. Douglas invests every part of herself in the performance, made even more difficult by having to lip sync Kristen Vigard’s superb vocal, and carries it off beautifully. It is the fulcrum around which the entire film turns and joins the early collaborative and commercial aspects with the more personal and stripped back style that emerges. The beautiful, string laden arrangement fails to chart, and ultimately Denise gets back to basics, to small and intimate ensembles made up of her friends, to provide music that resonated with her personal struggles.

Anders employed jazz legend and former Joni Mitchell husband Larry Klein to produce the music, and he cajoled Joni into contributing the exceptional Man from Mars as a pivotal song in the film. Klein managed to produce a varied and clever suite of tunes that support and inform the narrative, and even wrote the superb and atmospheric closing tune, Boat on the Sea, a wonderful summary of Edna’s journey to her Carole King/Joni Mitchell singer songwriter phase.

Grace of my Heart failed to find an audience upon release, possibly a result of the music business going through a rough and raw phase in the aftermath of Nirvana and Kurt Cobain’s influence, and the naiveté of Anders world couldn’t get traction. Nevertheless the film is a lovely tribute to a gloriously innocent era of melodic pop, warm hearted, generous and broadly authentic, and a fine way to re-visit a fascinating period. 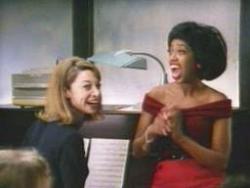 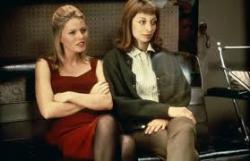 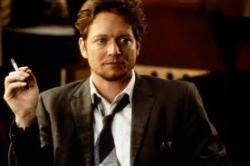 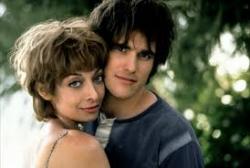