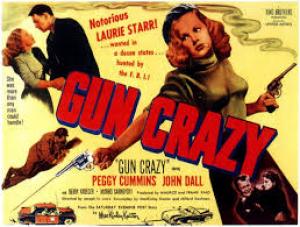 A girl and a gun

"One of the best American films ever made" ~ Paul Schrader

Joseph H. Lewis may only be a footnote when it comes to a roster of the great directors in Hollywood’s Golden age, but if you narrow the focus to the genre of Film Noir he rises dramatically to claim a place near the top of the pile. Lewis started in lowly, functional jobs in the 1920’s, due to a family connection and rose through the ranks until he was directing B pictures at Universal in the late 1930’s. He worked for small production companies after the war and came into his own as a stylist with the darker toned, crime genre films that revealed an uglier side to human nature, one American audiences were able to accept after the calamity of WWII. Gun Crazy was his rendition of the popular criminal-lovers-on-the-run motif, notably tackled by Fritz Lang with You Only Live Once and Nicholas Ray with They Live by Night, and a compelling look at obsession, insecurity and madness.

Bart (John Dall) is a troubled boy, obsessed with guns and in trouble with the juvenile authorities. He explains his love of shooting by saying, “I feel good inside, like I’m somebody.” After a stint in reform school, he eventually grows up and joins a carnival show as a sharpshooter, after besting their star attraction Annie Laurie (Peggy Cummins) in a shoot-out. The pair soon fall in love, but Annie is impatient for the easy life and convinces Bart to embark on a life of crime in order to fund their lifestyle. The decision puts them into several dangerous situations and strains their relationship, until they are forced into a confrontation with Bart’s family and friends as the law closes in.

It the dawning of the 1950’s and with America in the middle of an unprecedented consumer boom, Gun Crazy is a film about the secrets of the adult world and the consequent clash when adolescents arrive ill-prepared. Sex is central to this world, as is lack of power, insecurity over sexual identity and fear of missing out on ‘having stuff’ – “I’ve been kicked around all my life, now I’m gonna start kicking back.”  It’s also a film about the secret world of guns, which the all-American 50’s boy saw as a short cut to manhood. Gun Crazy turns sexual identity on its head, with Annie substituting for the powerful male and by playing up the ‘weakness’ in Bart. Lewis said he deliberately cast a gay actor as Bart, and stated, “I didn't have to tell John Dall how to play Bart or that I wanted him to express Bart's weakness. I knew he'd betray himself (his own femininity). Subtly and gently."

Lewis’ direction to the actors was as crude as it was succinct - "Your cock's never been so hard." He told Dall, and for Peggy Cummins, "You're a female dog in heat, and you want him. But don't let him have it in a hurry. Keep him waiting." Annie is arresting and driven from the minute she enters the frame shooting her six guns and she uses sex to control the weaker male – “Some guys are born smart about women; some guys are born dumb.” Annie wants her slice of the American Dream and Bart forsakes what he knows to be a moral course of action in favour of risking everything for Annie’s mad schemes, and only later does he reconnect with his moral compass. Annie crosses a line where her compulsion turns to murder, she even wants to kidnap Bart’s baby niece, but Bart knows he must be the one to end this l’amour fou and Annie’s progressive descent into madness.

Gun Crazy was lauded by the French film critics, led by Truffaut who championed this as an auteur example. Lewis certainly controlled the film, produced by the King Brothers (B-movie stalwarts) but also it was aided by fine performances by Peggy Cummins and John Dall, great cinematography and a great script. The King Brothers saw a chance to get blacklisted writer Dalton Trumbo for a bargain price and Millard Kaufman acted as the front, to the point that not even Joe Lewis knew Trumbo was the real screenwriter. Russell Harlan, who became a favourite of Howard Hawks was the cinematographer and distinguished himself with the long robbery sequence shot entirely from the back of the robber’s car, a remarkable slice of Cinéma vérité and a precursor to the Nouvelle Vague 10 years later.

The energy and verve of Gun Crazy propels the small budget film at breakneck pace, and the sexual tension and subtle confusion adds to the sense of being in a world out of kilter. The style and camera movements and also the naturalistic acting fully suited a cinema about to embrace the new ‘method’ acting. Paul Schrader exclaimed of its look, “harmonious space is the enemy of tension,” and Lewis obviously understood this too. There is a slightly surreal tone, and also a poetic one that allows a confused Bart to attempt to come to terms with how he acts, “sometimes it doesn’t feel like me.” The question he must decide is whether to follow Annie into madness and down the rabbit hole or pull back and find something decent. The ‘harmonious space’ Bart seeks is an internal one.

Paul Schrader began the critical reappraisal of Gun Crazy in American estimation in 1970 and the succeeding decades saw the film elevated from cult curio to Best Of list regular. Dall, so good in Hitchcock’s Rope, and superb in this, should have been another Montgomery Clift, but his career faded. Peggy Cummins career never really got off the ground and Joseph H. Lewis made a couple of interesting films and at least one other Film Noir classic in The Big Combo in 1955. Dalton Trumbo finally got his credit on the film, but many years after he died, and the story features in the very fine bio pic Trumbo from 2016. Gun Crazy left the biggest mark for Lewis, not least because of its influence on Bonnie and Clyde 17 years later, Arthur Penn’s classic which kick-started the American Renaissance, its very own New Wave. Greatest American film ever? Maybe not, but greatest B-movie ever? Very likely. 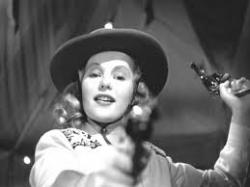 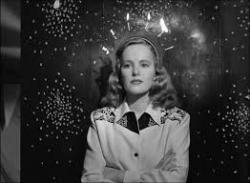 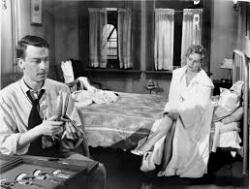 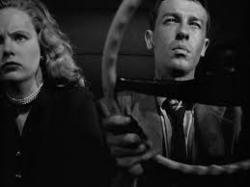 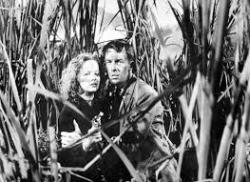