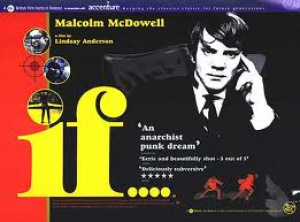 If…. is a daring examination of the British class system and the society it creates and nurtures. Lindsay Anderson uses the microcosm of an exclusive public school for boys to dissect several sacred cows at once. The foundations of the establishment, it’s military, clergy, teachers are all exposed as complicit in supporting a structure which stifles the individual and turns out more sausage meat for the capitalist, class dependent system.

McDowell’s Mick Travis is a misfit, a thorn in the side of the natural order of things and therefore his fate is to have conformity beaten into him. The powers that be, the masters, use the school whips or prefects to do their dirty work, to maintain a system based on humiliation and degradation. The whips are the prison in-mates who collaborate in return for privileges, the trustees, who are happy to mentally or physically abuse their peers without a second thought.

Anderson does not shy away from the homosexual undertones always present amongst a large group of men with miniscule female contact. The whips see it as a right that comes with position, and Anderson inserts what can only be a romantic association between two boys, one from Mick’s group, and one a junior lusted over by the repressed whips.  These types of boys schools usually have long military associations, and so it is here. Mick has dreams of freedom and posters of revolutionaries on his walls. He idealises war in the same way he might a perfect sexual moment with a dream girl. His adolescent whimsy bumps into reality, when avoiding a rugby game, he steals a motor bike and hits the country roads, his friend on the back. They stumble into a roadside cafe, in what looks like a satire on The Wild One,  Mick does his best Brando, and puts Misa Luba on the jukebox! He meets his wild-eyed dream girl (Christine Noonan), who figures largely in the surreal denouement.

Mick is spurned into action by a beating, and perhaps sparked by his liaison with the girl, he decides to challenge the status quo. The fact that he does it with their own tools, on their own holy ground is rich satire indeed. The final images of Mick on the roof with his comrades, Bren guns firing, having the whole of the establishment trying to blow him to smithereens is as arresting and memorable an image as has ever been filmed. The anarchism and the freedom of the 'rebels at boys school' setting cannot help but evoke  the marvelous Zero de Conduite by one of Anderson's heroes, Jean Vigo.

The filmic devices move freely between the realistic and the slightly surreal, helping to keep the viewer off balance and underline the 'anything could happen' mood. Black and white sequences mix in at times, to create a feeling of added uncertainty. The performances are wonderful, not a false note to be found. Crowden's anarchistic History master a standout. This film made McDowell a star and rightly so. Anderson knew that to get a story like this remotely accepted he needed a charismatic and convincing Mick, and he found it in McDowell. Kubrick was so charmed he signed him for A Clockwork Orange  on the strength of this performance.

Anderson was a documentary maker at the start of his career, and also a film critic, so his coming to feature films lit the way for the corresponding paths taken by some of his Nouvelle Vague  contemporaries. A leftist and a man who railed against the entrenched class system, Anderson both understood and rejected conventional cinema in equal measure, having been a friend of John Ford's, who he wrote extensively about, and also a member of the 'Free Cinema' movement of the '50's, which called for new ways of presenting real stories on screen, a liberation of Britain's own 'tradition of quality' and hide bound cinematic institutionalism. Anderson's earlier films chimed in with this 'kitchen sink/angry young man' aesthetic, but visually he stretched out with his later films like this one, O Lucky Man and Britannia Hospital.

Society was changing in 1968, Europe was in the midst of upheaval as the old crashed headlong into the new, the promise of the mid '60's youth counter culture meant freedoms were being demanded and Anderson captured something of the zeitgeist with this film. Of course Thatcherism was just around the corner, but that’s another story.  Plus de changement de choses? If.... is a fine and unexpected film, quite unlike any of its British contemporaries, and a bracing kick in the cods to a moribund and entrenched class system. 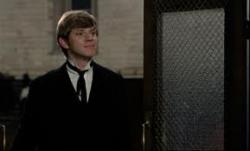 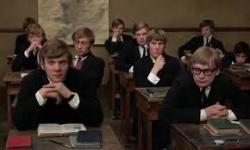 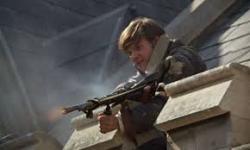