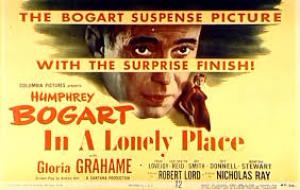 In A Lonely Place

Ray of light (and dark)

"I’m not good-looking. I used to be, but not anymore. Not like Robert Taylor. What I have got is I have character in my face. It’s taken an awful lot of late nights and drinking to put it there. When I go to work in a picture, I say, ‘Don’t take the lines out of my face. Leave them there."
~ Humphrey Bogart

Humphrey Bogart was at the top of his game and his fame when he left Warner Bros. and started his own production company, Santana Productions, in 1949. The first film was Knock On Any Door, directed by Nicholas Ray who impressed Bogart enough to be given another project, the Hollywood themed In A Lonely Place. After Warner’s refused to let Lauren Bacall co-star, Ray convinced Bogart to let Gloria Grahame (Ray’s then wife) take the part and then worked on adapting the 1947 source novel by Dorothy Hughes with screenwriter Andrew Solt.

Dix Steele (Humphrey Bogart) is a struggling screenwriter in Los Angeles, when he becomes a suspect in the murder of a young woman who was last seen in his company. Suspicion falls just as Laurel (Gloria Grahame), another young woman, moves into his small apartment block and the pair strike a friendship that becomes a romance. Laurel is an aspiring actress and ignores the warning signs that Dix is a troubled mess, including his volatile temper and history of violence. Evidence of Dix’s guilt is mounting and soon Laurel must make a choice to either stay by his side or leave.

Bogart always has a nice line in intimating underlying neuroses in his performances, from his gangster ‘Mad Dog’ Earle in High Sierra to his greedy prospector Fred C. Dobbs in The Treasure Of The Sierra Madre, and Ray helped unlock it even further for Dix. The paranoia and heightened tensions at play certainly were aided by the environment in which it was made – HUAC was an industry wrecking ball and the director and his leading lady were in the middle of a bitter estrangement and would soon divorce. Bogart had recently blotted his copybook by throwing the Hollywood Ten under a bus (after initially supporting them) and, with a young wife and family to support, was paranoid his production company would fail and his decision to leave Warner’s would prove to be a mistake. This role would show his mastery of playing with ambiguity, an under utilised commodity in Hollywood in any era.

Ray was something of a master at turning the situation to advantage in terms of publicity at least, and released a so called ‘contract’ that gently lampooned the set-up of a married director and star at work, publicly stating that Grahame agreed - "my husband shall be entitled to direct, control, advise, instruct and even command my actions during the hours from 9 AM to 6 PM, every day except Sunday ... I acknowledge that in every conceivable situation his will and judgment shall be considered superior to mine and shall prevail." It further stated that Grahame was also forbidden to "nag, cajole, tease or in any other feminine fashion seek to distract or influence him." The gossip columns ate it up, but the home life of the couple was anything but happy families, with reports that the nymphomaniac Grahame would drag her bisexual husband to underground sex clubs to indulge her kinks and urges. It seems that Ray also added copious amounts of drinking and drug taking to his libertine hedonism.

The source novel had been a big success, but the Production Code meant several of its key components had to be watered down for the screen, and Ray concentrated on emotion and tone to capture its essence. Grahame lacked star power (Ginger Rogers was considered for Laurel after Bacall was vetoed) but Ray insisted his wife was the perfect fit and his judgement was impeccable as Grahame shone in the role and proved the perfect foil for Bogie. Grahame had come to prominence after her support role in Edward Dymytrk’s Crossfire garnered attention in 1947 but had languished in small parts or undistinguished films since, In A Lonely Place would change that and propel her into the first rank of stars for a short time at least.

Ray was an odd fish as a director, seemingly a walking contradiction of an educated, experienced and erudite man who was often prone to long silences or confused attempts to communicate his desires, but who encouraged a raw emotionalism that suited the post war mood. He was at once a didactic character who was accommodating and pliant to those he wanted to be liked by, and who would then feel guilt for his acquiescence. These characteristics served him well in the Dream Factory and particularly with those figures who ran the game at the time, the studio heads like Howard Hughes, producers like Dore Schary and John Houseman and stars like Bogart. He favoured actors, particularly after his theatre experience, but was also interested in dynamic and offbeat camera set ups, anything that could enhance or heighten a frame, and he was more than adept to finding the poetry in pain.

Bogart was never better as Dix, and with a trusted director he invested all he had, even in a character as conflicted and unlikeable as Dix, a risk at a time of uncertainty in his career. Grahame is a delicate foil for his troubled character, and her innate decency keeps the viewer onside with Dix against all evidence, following her instincts of believing him to have some redeeming qualities. This complex and nuanced humanity made for a satisfying mix and led to Ray famously completely redoing the ending after he didn’t believe the version he’d filmed as scripted by Solt. Burnett Guffey captured the dark hues perfectly and became a favoured cinematographer of Bogart’s in the last part of his career.

Ray liked to think of himself as something of a Hollywood outsider, but he was as inside as any, connected in the star-making machinery from the ground up - from the gossip columnists to the studio brass. It’s his disillusionment with Hollywood that shines through the Noirish tones of this film, his kind of F. Scott Fitzgerald-ish highbrow, snobbish dismissal of Hollywood’s stock in trade, joined at the hip flask with his self-disgust for staying and taking the easy coin. This tension is at the heart of the film, where Hollywood is not shown as a Dream Factory at all, but as a process factory where grunt workers like Dix and Laurel toil for small wages and even scanter regard. The Dream Hollywood is a cruel chimera, whilst the real Hollywood is banal and workaday where two desperate hearts look for something pure to hold on to - a lonely and uncaring place behind the glittering façade.

Film Noir was a tone that suited the post war mood, and whilst In A Lonely Place is not strictly anyone's definition of a Noir all the way (there is femme but she is not fatale) - it’s the direct emotionalism of Noir that chimes in here and injects both complexities and darkness. Ray was fortunate to have a big star like Bogart do two of his first released films, and after the auteur theorists saw them and Ray’s delayed and masterful debut, They Live By Night, they adopted him as a kind of auteur messiah – a mythical figure to hang their new theory on, however tenuous or ill-fitting the crown of thorns. Ray returned the critics favour and created a mutual admiration society that preserved and perpetuated the myth, even around projects where Ray was decidedly not the auteur. C’est la vie.

Nicholas Ray produced some starling and original cinema in a short period, and some fatuous and lazy output over a much longer period, but In A Lonely Place is one of his unmitigated masterworks. It takes a clear-eyed look at Hollywood during a time when ugly truths were dismantling the old escapist tropes of the Dream Factory and darker human impulses were being both admitted too and examined. It’s the ugly underneath of an industry maturing and adapting, of both kicking against change and reeling from it at the same time. Fascinating to watch. 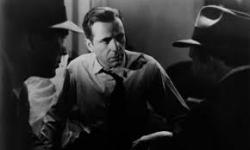 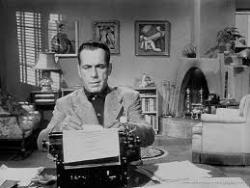 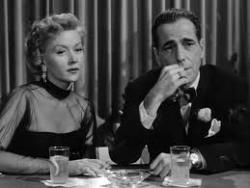 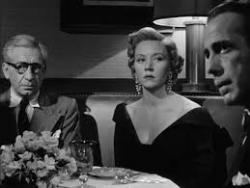 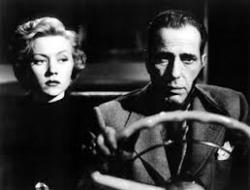 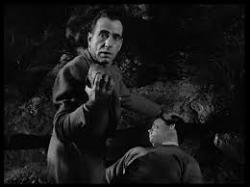