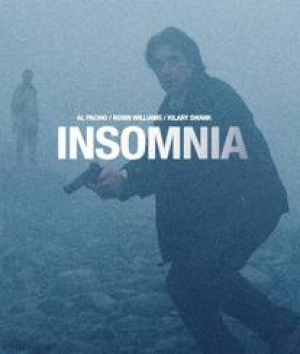 Christopher Nolan followed up his breakout film, 'Memento', with an English language version of the smart 1997 Norwegian detective film, 'Insomnia'. The much larger budget for 'Insomnia' meant Nolan had to cast 'movie stars' for the film, instead of the relative unknowns and character actors of 'Memento', and he cast Al Pacino as the detective and Robin Williams as the villain. Wally Pfister again signed on to shoot the film, as he would with all of Nolan's work through the decade, and made great mileage out of the overwhelming natural environment in which the film is set, the wild and beautiful Alaskan wilderness. The Nolan version makes significant changes from the original, but keeps the same central idea and tone.

In the small township of Nightmute, a 17-year old girl is brutally murdered, the police chief calls a friend in LA for help and two detectives make the journey north. Will Dormer (Al Pacino) and Hap Eckhart (Martin Donovan) are met at the airport by eager young policewoman Ellie Burr (Hilary Swank), who idolises Will and made studies of his cases for her graduation. Will and Hap get to work, but the shadow of an Internal Affairs investigation back in L.A. hangs over their relationship. Will sets up a trap for the killer, but in the literal fog of confusion, he mistakenly shoots Hap. Knowing that I.A. will be supremely suspicious of the circumstances of the shooting, he alters the scene to make it appear the girl's killer has shot Hap. Ellie is given the job on reporting on Hap's death, and Will continues to lead the hunt for the girl's killer. Walter Finch (Robin Williams) calls Will anonymously and informs him he knows he shot Hap, and tries to make a deal with Will to cover up his murder of the girl.

Nolan's decision to have the natural environment underscore the emotions and the conflict within the protagonist is a bold and effective one. He uses quick cutting and angular framing to heighten the sense of the dissociative elements in Will's mind, as Will struggles with the inability to sleep soundly with the weight of what he's done. The endless day of Nightmute compounds the problem, with Will vainly trying to block out the midnight sun, as impotently as he tries to shut out the guilt. The relentless light mocks his attempts to contain and diminish it, until we see that Will is seeing an unreal level of the actual light, the intensity amplified only in his mind.

Pacino gives a great performance in the lead role, and Nolan makes use of the trunk size baggage under his tired eyes to emphasise the moral and mental fatigue. Pacino wisely disavows his usual outward energetic shtick in favour of an internal dynamic; making his Will a complex and conflicted man who no longer can trust what he assumed were certainties in his life. Robin Williams takes his lead from Pacino, in that his quiet killer does not rant and rave like the standard psycho Hollywood model, and when he says "we're partners in this", it carries greater weight. Finch argues that he and Will have crossed a threshold, they know what it's like to kill, "the ultimate taboo", he calls it. Will has to confront the uncomfortable concept that he may not be much different from the men he hunts.

The film is so good because it keeps so many different and intriguing parts of the puzzle in play for so long. Nolan manages to make a smart thriller, and combine it with a meaningful character piece and doesn't diminish either element in the process. He frames a moral dilemma and crucially makes a choice to reject the lies of Will, however morally justified, in favour of a truth that calls out the lie into the light of examination. The Norwegian film favoured a more morally 'grey' ending, as opposed to the Hollywood 'black and white', how European, but both films work well within the context of the narrative they both allow. 'Insomnia' has a sombre and relentless mood, and inspects a fascinating world where urban certainties collide with civilisation on a remote edge, where it's almost reduced to an irrelevance.

Christopher Nolan confirmed his 'A' list status with this film and as a keen eyed and intelligent director went on to resurrect the lucrative Batman franchise, and thereby ensure his bank-ability for years to come. 'Insomnia' is that rarest of beast, a big screen and big budget policier with an art film ethos. Nolan proved the two worlds were not mutually exclusive and would balance both areas in his future work, particularly in his Victorian era period piece 'The Prestige'. 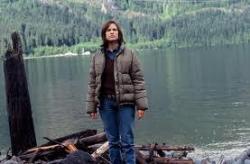 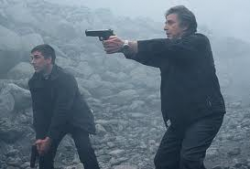