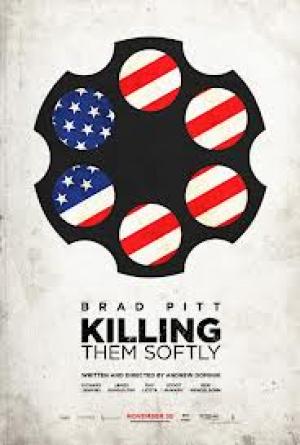 Australian director Andrew Dominik brings the clarity of the outsider’s perspective to the modern American condition in his downbeat and eviscerating crime piece Killing Them Softly, a cold-eyed metaphor for rapacious capitalism in a world where everything is for sale and the market rules. In a film that seems to eschew all that ‘Hollywood’ stands for, Dominik uses the biggest star of his era, Brad Pitt, to take the central role of hit-man Jackie Cogan and to deliver the devastating final soliloquy, one of Pitt’s finest moments as an actor, understated, cutting and contemptuous. After the unmitigated triumph of his The Assassination of Jesse James by the Coward Robert Ford, Domink moves back to the dark, psychological areas he examined in his script for Michael Winterbottom’s The Killer Inside Me, looking at criminal behaviour and desperate people.

A mob run poker game becomes the target of three small time crooks, knowing that suspicion will fall on Marky (Ray Liotta) the mob guy running the game, as he’d previously ripped the same game off and got away with it. The game is taken down by Frankie (Scoot McNairy) and Russell (Ben Mendelsohn) and the mob employs Jackie (Brad Pitt), a hitman, to track down the recalcitrants and to restore order to the chaos. Jackie calls in Micky (James Gandolfini) to help, but is dismayed by his lack of self control and destructive habits. Jackie takes his instructions from Driver (Richard Jenkins), a mob bagman, and the two ruminate of the state of the country as they plot the best way to secure the ‘business’.

The mob card game is a neat metaphor in microcosm for Wall Street, in that the game is equally fixed in favour of the house, offering large profits to the owners and illusory winning to the players, and it is also at prey to rogue traders. The mug punters are merely ‘investors’, to be milked for the fat profits they potentially will give up, all the while hoping to make the big score, however much the odds are stacked against them, and the small time inside heist is a risk like many others. Any system is in need of regulation, and Wall St collapsed in 2008 because the regulatory bodies were stripped of resources and unable to fulfil their charter. Wall St perverted the idealistic notion at the heart of the Fannie Mae/Freddie Mac lending programme that provided low interest housing loans to low income people, successfully using the government guarantee behind them to on-sell them in a quasi pyramid scheme. The resultant ‘toxic’ debt was disguised in a seeming endless run of record profit, until the inevitable collapse.

In Dominik’s metaphor, the regulator is Mikey, moribund and corrupt now, unable to function, and Jackie must now act to limit the damage. Jackie fails to disguise his disgust at the ‘decision by committee’ system his paymasters adopt, this “total corporate mentality” is what is sending the country to hell, “there’s a plague coming”, he says. Jackie further encourages the ‘syndicate’ to take harder action on Marky, to terminate him rather than just beat him to a pulp, in order to “restore confidence”. Jackie delivers his summation after we’ve just heard George W Bush tell the public he’s about to bail out Wall Street after the GFC, determining on “dramatic government action” rather than “standing back and allowing the actions of the irresponsible few undermine the financial security of all”.

Dominik uses a realistic, rather than poetic framework, to create a brutal and documentary like slice of life, with Mendelsohn a stand out as the greasy addict who bounces from one criminal enterprise to the next in order to feed his habit. Liotta and Sam Shepard make fine cameo appearances, but it’s Pitt who dominates proceedings, again reminding us of his great range as an actor. Dominik’s ability to create tension is unmatched, and the 8 minute heist sequence is bravura filmmaking, as delicate and balanced as it is tough.

The final soliloquy from Jackie is worth noting, a searing indictment of the system that led to the GFC, and delivered from a viewer’s perspective in a time when we know the perpetrators of the event got away with no punishment at all. Domink does dramatically what Sacha Baron Cohen did comically in The Dictator, summing up in one speech the gap between the rhetoric of America’s ideals of freedom, the delusions of those who swallow that line and the reality that exists on the ground. Jackie and Driver are listening to Obama’s victory speech in 2008, “Next he’s gonna tell me we’re one people” Jackie spits, to Driver’s surprise. Driver enquires as to why Jackie is cynical? Jackie sums up his feelings, also incorporating his disgust for the reduced fee Driver has provided, being all the committee is willing to pay for his work, Jackie responds...

“One people?…. A myth created by Thomas Jefferson, an American saint because he wrote the words “all men are created equal”, words he clearly didn’t believe because he allowed his own children to live in slavery. He was a rich, wine snob sick of paying taxes to the Brits… yeah, he wrote those lovely words and the rabble went out and died for those words, while he sat back, drank his wine and fucked his slave girl. (Looks at Obama) and this guy wants to tell me we’re living in a country? Don’t make me laugh, I’m living in America, in America you’re on your own. America is not a country, it’s a business, now pay me my fuckin’ money”!

Margaret Thatcher said “there’s no such thing as a society", before she implemented policies which then proceeded to tear down the society that did actually exist, and it’s no accident that Dominik sets his insightful piece during the time of the financial crash of 2008, just as Barack Obama is set to inherit George Bush’s mess. Ironically I viewed this film the day after Australia took a lurch to the right and elected the rabid, conservative attack dog Tony Abbott, an ideological child of Reagan and Thatcher if ever there was one, as Prime Minister. Abbott also believes we live in an economy, not a society, and as such we need businessmen to be in charge, rather than people interested in good social policy. In his smirking, smarmy victory speech Abbott betrayed himself with the line, “Australia is under new management, and is open for business”. Like an economist Abbott knows the price of everything, and the value of nothing. 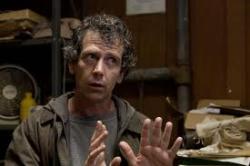 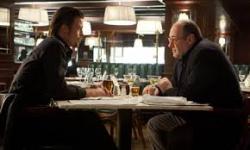 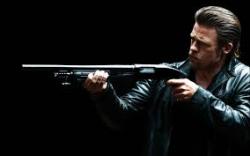 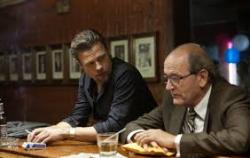