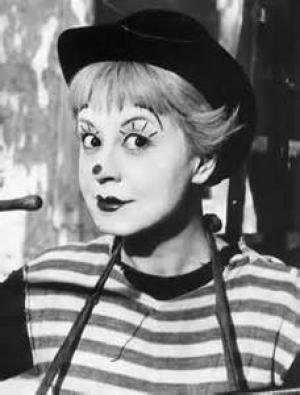 Fellini gets hooked on a feeling

"Put yourself into life and never lose your openness, your childish enthusiasm throughout the journey that is life, and things will come your way."
~ Federico Fellini

Federico Fellini accelerated his movement away from his Neo-realist beginnings with La Strada  (The Road), the film that followed his very personal essay on his adolescence, I, Vitteloni.  Fellini based one of the lead roles on his wife, the irrepressible Giulietta Masina, and was able to cast her in the part against the objections of the producers, and made her a star in the process. Producer Dino De Laurentis wanted his then wife, Silvana Mangano as Gelsomina and Burt Lancaster as Zampanò, but Fellini held firm for Masina and then managed to get American actor Anthony Quinn to give the project the sought after international cachet. Having been impressed with his work in the excellent Noir, 14 Hours,  Fellini signed up Richard Basehart to play the ‘fool’ to complete the main trio.

Gelsomina (Giulietta Masina) is a none-to-bright girl, living in abject poverty with her family near the sea when Zampanò (Anthony Quinn) returns with news of her sister. Zampanò had been travelling as a roadside strongman act, with the sister as his sidekick, but he relates the fact she’s now dead and does a deal with the mother for Gelsomina to take her sister’s place.  The poor family has little choice but to agree to the terms and Gelsomina sets off on the road with the brutish strongman. Zampanò trains Gelsomina by beating her with a stick, and also uses her sexually as it suits him, but in her simple minded way she still tries her best to please him. Times are tough on the road and the duo fall in with a small circus, and Il Matto, (Richard Basehart) the clownish high wire act is both attracted to Gelsomina and playfully antagonistic to Zampanò. The strongman does not take kindly to Matto’s jests and tensions reach boiling point, with Gelsomina caught in the middle.

After being involved in the establishment of the neo-realist movement during the last days of WWII, mainly as a writer, Fellini started work on his first features as director. His second film, (1 ½ in Fellini-speak), The White Sheik,  based on an Antonioni screenplay, featured his wife in a small role as a prostitute named Cabiria, and the seeds of a greater film were planted there. Fellini then came to international attention with I, Vitteloni,  so all eyes were on him for his follow up film. Fellini took elements of Giulietta’s persona to shape the character of Gelsomina, particularly the wide eyed innocence he saw in photographs of her childhood self, and put her in a situation that reflected a scene his co-writer had witnessed. Tullio Pinelli had been driving through the mountains when he saw a huge carretta,  a covered cart, being pushed by two people and when he related the scene to Fellini he started to form the idea of the struggle of the road. It also coalesced with his idea to concentrate more on mood and tone, rather than a socio-realist document, to find “a kind of tone that lurked, which made me melancholy and gave me a diffused sense of guilt, like a shadow hanging over me. This feeling suggested two people who stay together, although it will be fatal, and they don't know why.”

The situation allowed Fellini to move from a neo-realist tone of observing life and gleaning, almost accidentally, the casual poetry of everyday life to a direct and overtly poetic tone. The daily struggles of the poorer class are rendered in such a way that the poverty, or the causal politics (or exploitation by the moneyed classes) is not the central theme, merely a backdrop. Zampanò and Gelsomina trudge the byways of Italy trying to scrape together something that passes for a life, sparring at each other and eroding the barriers between them. A grudging affection and understanding is uncovered, the extent of which becomes clear after a rupture forces them apart, and in the final scene we see Zampanò’s heartbreaking epiphany. The script perfectly captures the battle in the human spirit between the base animalistic side of our nature and the more poetic and ethereal side, embodied jointly in the two leads, a dichotomy that intrigued and engaged a director eager to explore new tropes.

Fellini needed actors capable of realising a different kind of ‘feeling’ than the traditional neo-realist ‘non’ actors could provide, and with his frontline cast he struck pay dirt. The production took place in an era when Hollywood Studios were struggling to accommodate a new way forward, post the golden era where they dominated the industry, and international co-productions became common with many American actors taking jobs in Europe. Anthony Quinn told of being pestered by Fellini, a director he had not heard of, until Ingrid Bergman and husband Roberto Rossellini played him I Vitteloni  after dinner one night, which left him awestruck. He then immediately agreed to be in La Strada, but the experience was not a happy one as he and Fellini did not get on at all. The producers were also happy a second American actor was cast; Basehart was the husband of Italian actress Valentina Cortese and he also stumbled into the part after Fellini saw him in the excellent noir, 14 Hours. Basehart brought an easy charm to the role, the 'angel' to Quinn's 'devil', as Fellini played with notions of the duality of man.

The film made Quinn an international figure and enabled Fellini to “make a great picture”,  but the real benefit was that the success of La Strada  made his wife a star and enabled him give her a key role in his next film (Il Bidone)  and to then fund a film entirely for her (Nights of Cabiria)  without directly accommodating American interests. Giulietta Masina is simply unforgettable as Gelsomina, her wide eyed expressiveness redolent with overtones of the clowns and vagabonds of yore, and her uncomplicated faith in people is also a tender and touching aspect of her singular characterisation. She justifiably won the Best Actress award at the Cannes Film Festival for her work in Nights of Cabiria,  but only worked intermittently outside of her collaborations with her husband.

In La Strada,  Fellini struggled to create the ‘tone’ palette he was reaching for, and he often said it was the most difficult film he ever made, to the point he had a breakdown three weeks prior to wrapping. The change in approach had also made it difficult for Fellini to get funding, adding to his stress. The move away from an ‘approved’ version of neo-realism was a radical one for the scions of the movement, who condemned Fellini loudly for betraying the cause. In truth Fellini was ever the individualist and never a perfect fit as a neo-realist, it was merely his entrée into the industry and he marched to no-one else’s drum and like Antonioni, he needed to expand the scope of his vision.

La Strada  is a beautiful and remarkable film, elevated by the artistry of Masina and the sheer presence of Quinn, and marks the first full flowering of Fellini’s art on the heels of his worthy early successes. It enjoys another trademark of Fellini’s best work, a fine score by Nino Roto, who gave Gelsomina her lilting and subsequently famous theme, something Masina had played at her own funeral in 1994. La Strada won Fellini the Oscar for best Picture, the first of 5 Oscars he would win for various achievements and one of his 3 Best Picture wins, and it represented the first of his films to attain an American release, giving him a level of security and industry clout that he could only have dreamed of before.

If not a fully Neorealist experience, La Strada  marks out the direction that Fellini could expand upon as he explored the Jungian dream world that caught his attention after the psychoanalysis following his breakdown. La Strada  was a triumph at every level as Fellini began to push Italian cinema in another direction entirely, (as would his contemporary Antonioni) away from the grit and rawness of his Neo-realist roots, where the glories of La Dolce Vita  and 8 ½  lay in wait a mere handful of years later. 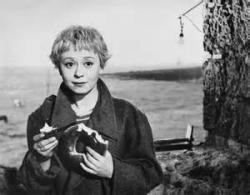 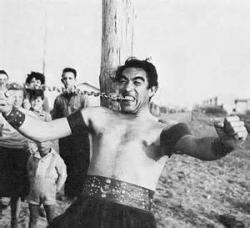 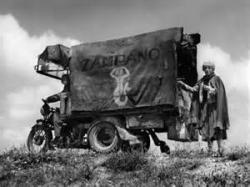 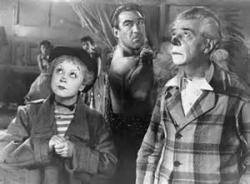 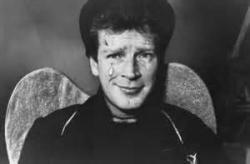 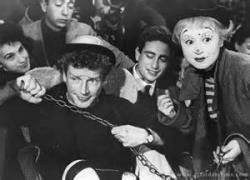 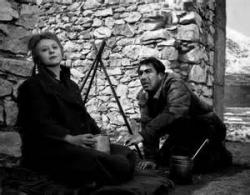 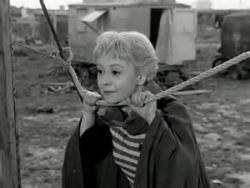