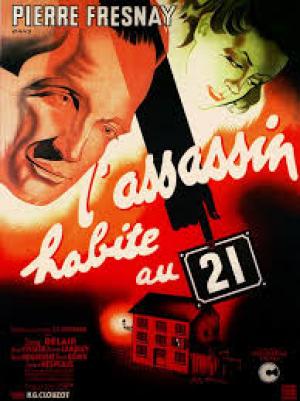 The Nazi operated Continental Films company controlled French cinema production and accounted for almost a third of the schedule with their string of comedies and thrillers during the occupation.  Through the aegis of Dr Alfred Greven, installed by Goebbels himself, they kept an eye on the content and form of all productions, even those from the Vichy governed South. It was Greven who had the ambition to compete with Hollywood itself, sensing a chance to fill the void left by the banning of allied films in France. Greven was not a party member but a film industry professional who had worked at UFA in Germany and was well respected producer in the wider industry, and he set about approximating a European version of a Hollywood mogul. Greven was instrumental in employing Henri-George Clouzot to write screenplays for Continental, and after the success of a series of comedy thrillers, particularly the Clouzot penned Les Dernier des six, he gave Clouzot the job to write and direct a sequel, L'Assassin habite au 21.

M. Durand, a murderer with a penchant for leaving calling cards is terrorising an area of Paris, and pressure is brought to bear on the Police to solve the case. Detective Wenceslas Wens (Pierre Fresnay) comes up with a novel solution to find the culprit after he gets a tip off that the killer is living in a dilapidated boarding house, and moves in himself under the guise of a Priest. Mila (Suzy Delair),Wens’ girlfriend is an ambitious singer of limited talent who decides she can further her career by becoming famous for solving the case herself, and she discovers his plan and also moves in. The various types who live at Number 21 all come under some degree of suspicion, and the situation intensifies when a murder is committed in the house.

Clouzot, along with many others, confronted the moral dilemma of  working within a Nazi financed corporation and decided to continue to work within his chosen industry. The choice may have been made slightly easier by Greven‘s declared aims of avoiding propaganda, which infected almost all of the contemporary German output, and producing escapist entertainment for French audiences to fill the void left by the Nazi ban on Hollywood imports. Clouzot effortlessly provided sharp and sophisticated scenario’s to suit Greven’s mission, and with the Wens series he manufactured something of a version of MGM’s suave Thin Man series with the added benefit of mining the long tradition of French farce.

The irony of an isolated war time French industry was that it found an even stronger level of national identity and success, and rather than being damaged by the occupation it flourished. The closeness that the German and French industries had established over decades made the arrangement work smoothly for the most part, except of course if you happened to be Jewish. Greven was even told by Jacques Prevert, who refused his offer to work for Continental, "You can’t compete with the Americans, you don’t have any Jews working for you". There is also evidence Greven turned a blind eye to Jews he knew to be working under cover as writers, seemingly putting the success of Continental above Nazi policy. Greven ran Continental in a vertically intergrated fashion, much like the mogul controlled Hollywood system he envied, with the collateral result of herding the anarchic and ad hoc French industry into a highly regulated, streamlined and organised entity, increasing efficiency and production into the bargain.

Clouzot impressed Greven to the extent he was put in charge of the script department. After a couple of successes following Les Dernier des six it became inevitable such a fierce and controlling talent like Clouzot would want to direct, and he picked his mark well with L’Assassin habite au 21, an almost guaranteed hit. The surprising aspect of his debut was the total command he already possessed over the medium, and the film has an assured and potent visual language. Suzy Delair later wrote of Clouzot, ‘He already had an impressive command of his craft. He worked out all the camera movements and planned it all in advance. He could do everything’.

Clouzot’s snappy and witty script served as the basis for the film’s success, allowing a fine ensemble piece to have great play with the comedy-thriller format. Pierre Fresnay was a huge star, the definitive Marius in the well loved trilogy, and made immortal by Renoir as the aristocratic French officer in La Grande Illusion. Fresney’s cynical detachment is matched by the brio of Delair, who provides a fine comic foil for Wens’ intensity. Clouzot presents a scenario where a ragged assortment of tenants provides a colourful pool of personalities from which to sketch suspects. The humour is an integral part of the style, but does not detract from the thriller element, and Clouzot does a great job in keeping both in harmony. The directness of the French approach is also an antidote to the coded Hollywood and British productions of the time, and keeps the piece fresh to modern eyes... evidence the surprise of the boarding house owner at the arrival of a priest, "In Montmatre there are more whores than priests "!. Sacre bleu.

L’Assassin habite au 21 was a smash hit, as expected, and Clouzot earned enough credit with Greven to be given almost total freedom with his next film, the infamous Le Corbeau.  Clouzot proved himself a formidable director, with a verve and style to rival Hitchcock himself. L’Assassin habite au 21 remains a charming example of French wit and flair, produced in circumstances that defy belief, even against the traditions of the previous sombre and fatalistic Poetic Realism cycle, but it provided a tonic for a beleaguered and put upon French people, and continues to entertain through the ages. 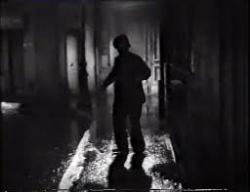 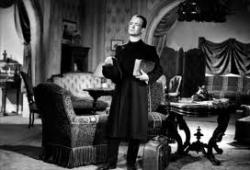 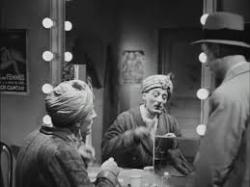 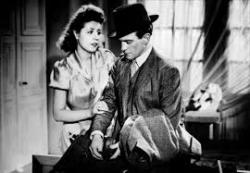 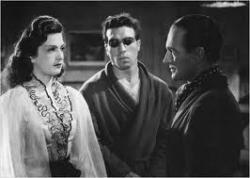